It’s been nearly a month since we launched Warface: Breakout on Xbox One, and it’s been great to watch players’ battles rage between the Wardens and Reapers! We want to keep the game fresh and exciting post-release and beyond, which is why we’re committed to developing free content that will evolve and expand this world. Today, we’re delighted to share intel about Season 1, the first major content update for Warface: Breakout!

The biggest feature headlining Season 1 is the introduction of Ranked Matches. Frantic PvP combat underscores the core gameplay experience of Warface: Breakout, but this time it’s you versus the whole world! Win Ranked Matches to climb the ladder and push for even more prestigious positions, plus rewards like Avatars, Calling Cards, and a unique knife for legendary ranked champions. Test your skills, and try to earn your place among the best mercenaries on the planet!

You can fight for even more rewards by completing Seasonal Challenges, trials that demand excellence in the heat of combat. There are over 50 free cosmetic rewards available to earn, including striking weapon skins, apparel, and all-new character skins. Spruce up your firearm with a ferocious lion skin, go covert with a fiery runic knife, and don Lovecraftian combat helmets for Reapers! These rewards are exclusive to Season 1, so make sure you earn everything you want before the season ends.

Warface: Breakout for Xbox One is available now from the Microsoft Store, with Season 1 available as a free update. You can also get the Season 1 Cosmetic Pack today to unlock even more exclusive cosmetic items, or get the Year Pass for access to all four Cosmetic Packs planned for release with seasons throughout Year 1. 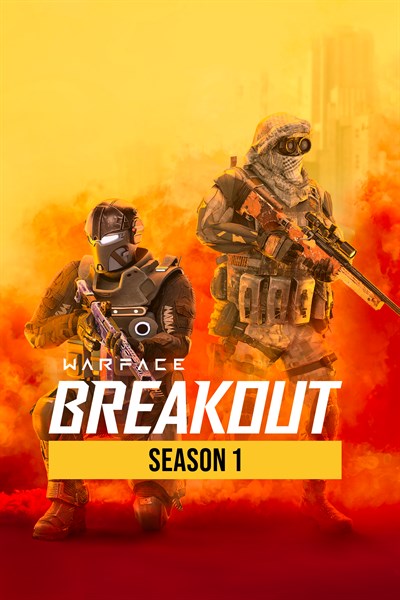