People know American actor Danny Trejo best for his film and television roles, but he has also dabbled into the video game sphere on occasion. Back in the 2000s, he voiced the character Umberto Robina in both Grand Theft Auto: Vice City and its prequel, Vice City Stories. In 2010, he played the role of Raul Alfonso Tejada in Fallout: New Vegas. He even made a recent guest appearance in Far Cry 6 as a companion in two free missions added after launch. And now, it looks like Danny Trejo will make his latest guest appearance in OlliOlli World, the anticipated skateboarding game that will finally see a release next week.

According to a press release, Trejo will appear as an in-game character that will host a special sidequest for players to partake in. Although the press release does not mention any specifics regarding what this sidequest will entail, it does say that players will earn a secret cosmetic item if they manage to complete it. Once again, details regarding this cosmetic item remain scarce, but it will no doubt be themed around Trejo in some way.

Trejo shreds with a board, not just a machete

Somewhat amusingly, the press release refers to Trejo’s in-game appearance as “one of the most visually impressive and life-like digital recreations of Danny Trejo ever.”

It seems that celebrity cameos in video games will not go out of fashion anytime soon, and the incorporation of Danny Trejo into OlliOlli World serves as further proof of this. The in-game model of Trejo certainly looks charming, and players will likely get a kick out of seeing both him and whatever cosmetic item he gives out. At this point, we can only speculate what Trejo’s sidequest will look like, but do not be surprised if it involves tacos somehow. Players can look forward to playing OlliOlli World and experiencing all of its Danny Trejo-related content on February 8. 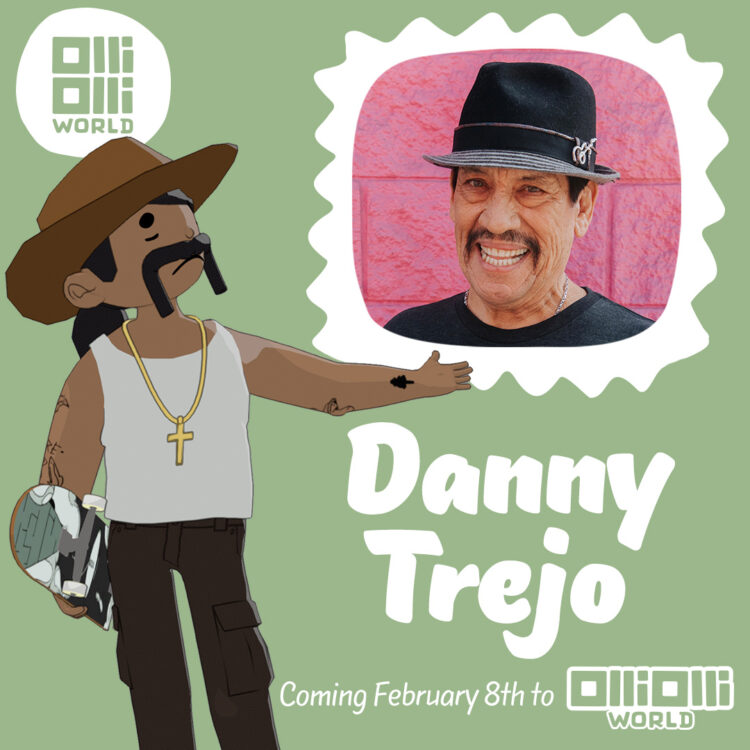