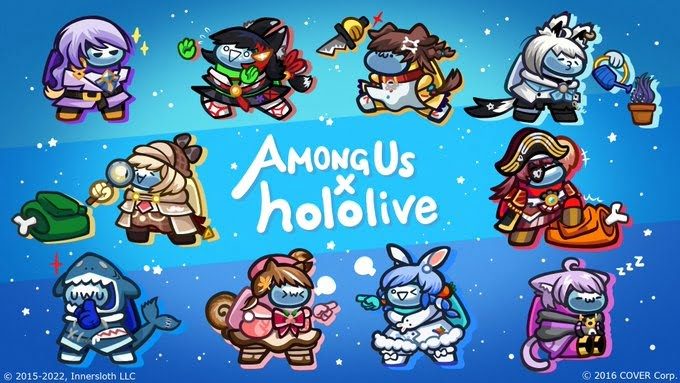 Want to run around in Among Us doing tasks/murders while repping your oshi? Developer Innersloth announced a new collaboration with VTuber agency Hololive Productions.

Players can start unlocking the cosmetics by buying the Cosmicube priced at 110 Stars (premium currency), to be added with version v2022.9.20.

Cosmicube is sort of like a battle pass, in that after purchasing one, you need to keep playing the game to unlock all the rewards. But unlike battle passes, it doesn’t have a limited time window of when it’s active, so you can progress through the Cosmicube unlocks anytime and at your own pace. But the Cosmicube itself is time-limited.

You have until December 20 to purchase the Hololive Cosmicube in Among Us.

The many Hololive VTubers have streamed Among Us, including in huge international collabs across the international branches, which have produced many silly and fun moments. And those moments have spread via fan clips and animations throughout YouTube, further popularising Among Us, especially during the worldwide lockdown periods from 2020 to 2021. It’s a no-brainer for this collab to happen.