Babylon’s Fall Season 2 will be beginning on May 31st, and it has been called The Light of Aaru. This second season will be running until the end of November. This new season will add a number of new items, quests, and other content with the releases being staggered over the next couple of months. The full road map for Babylon’s Fall Season 2 The Light of Aaru can be seen below. 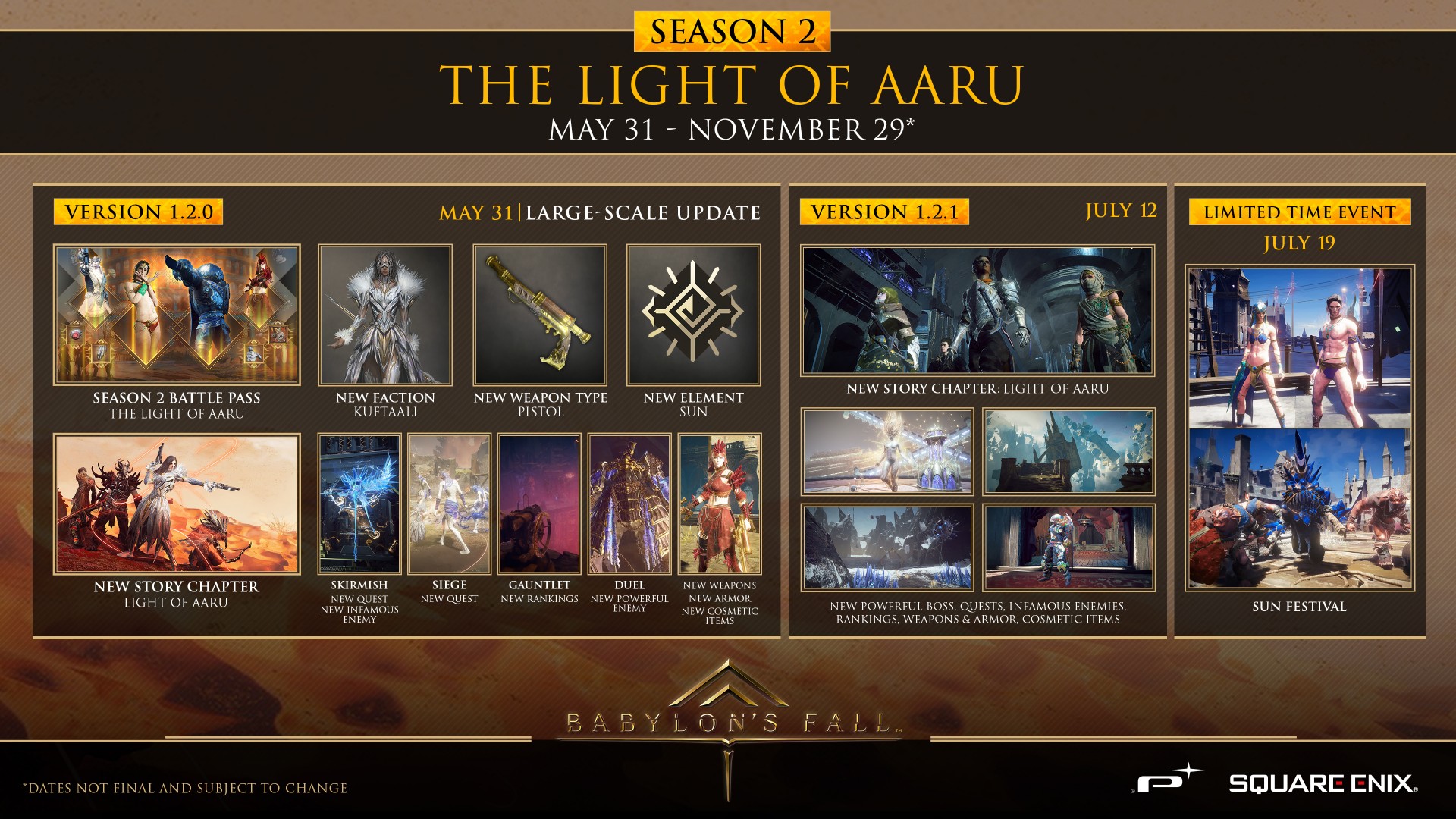 On May 31st, a new faction called the Kuftalli will be introduced to the game. Alongside them will be the addition of pistols, which are apparently hard to master, and a new element to deal with. That element is sun which will add enemy types attuned to it. On top of that there is is new story chapter which takes the name of the season, Light of Aaru. The story description given is, “A Kuftaali VIP visits the Sentinel Force Headquarters. The Sentinels head to the Ziggurat under a new order and are faced with a new truth. Witness the story of Elysium in the Ziggurat “Tower of Benben” that stands tall in the desert.”

Over the next couple of months new skirmishes, siege mission, powerful enemies and bosses, and gauntlet rankings will be added. Then in mid July the limited time event called The Sun Festival will be taking place. By the looks at the images it will add swimwear cosmetics and more enemies to take on. More details will be released further regarding the festival at a later date.

Babylon’s Fall did not fare well in our review. In it I wrote, “Babylon’s Fall is just dull, repetitive and ultimately forgettable. The combat at the game’s core so simple and lacking in challenge, especially if you have a full team. We all know that PlatinumGames are capable of games so much more than this, and Square Enix should probably step back from their live service efforts, because they simply haven’t cracked it.”