DICE is starting what they hope will be a path to redemption for Battlefield 2042 with the release of update #3.3 today that implements an overhauled scoreboard UI, and promises to add VOIP support in an update coming in April.

The scoreboard update brings back a table filled with all players in the expanded 128-player game, showing their relative scores, kils, deaths revives, captures and so on. It was a notable omission from the game at launch, but now returns one of the fundamentals of multiplayer shooters since they dawned a couple decades ago. DICE assert that, even following user feedback, this is just the first version of the new scoreboard and further improvements will be made, including making it available during end of round screens. 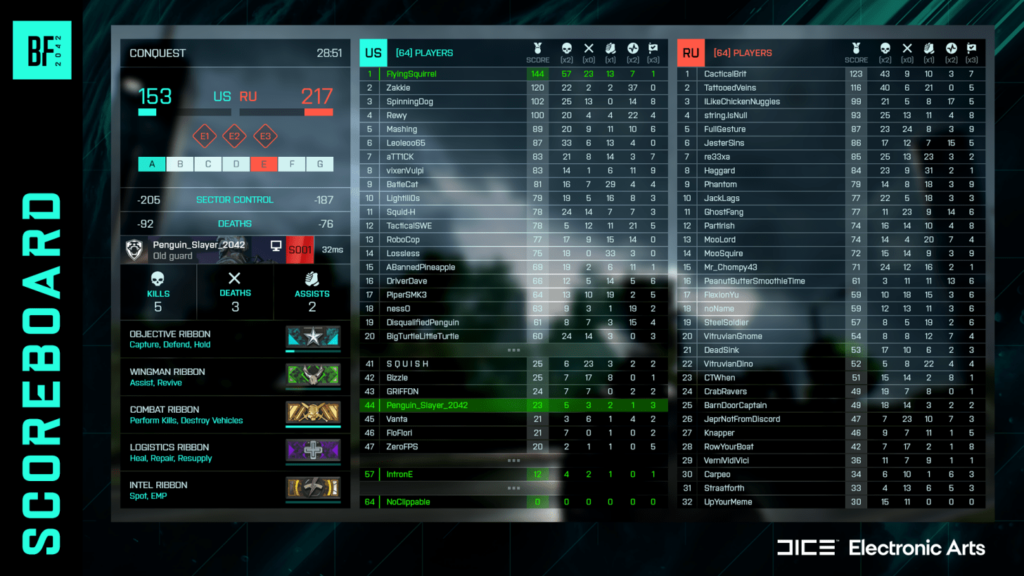 The scoreboard update was originally expected earlier this year, but delayed to March as DICE pushed back their whole roadmap for updates and new content. Season One of the live service game will now not start until this summer, as DICE seek to address as many of the community and critical complaints surrounding the game since its November 2021 launch. In the meantime, the player base has dwindled significantly, with both Battlefield V and Battlefield 1 regularly able to draw more players on Steam.

By way of apology for the delays, they’re also handing out the Steadfast Exclusive Legendary Bundle of cosmetics. This is going live today for all Battlefield 2042 Gold Edition, Ultimate Edition, Year 1 Pass, Year 1 Pass and Ultimate Pack upgrade owners, as well as EA Play Pro subscribers. It includes: