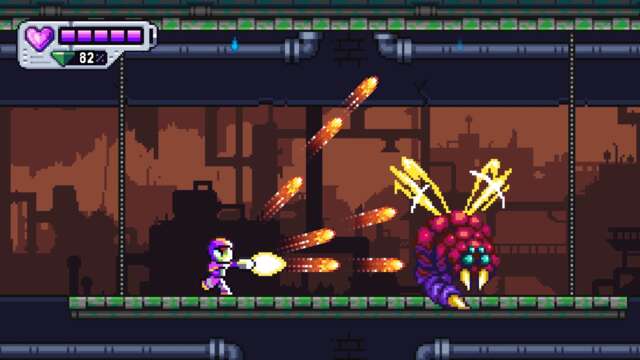 The PlayStation Store is home to a deep library of affordable games for PS5 and PS4. Titles like Horizon Forbidden West and Deathloop might dominate headlines, but you’re genuinely missing out if you don’t check out some of the lovable indies lurking in the background. Whether you’re looking for a pixel-perfect platformer or an inventive puzzle game, these PS4 and PS5 games under five bucks are a great way to broaden your horizons. They’re also frequented by deals and discounts–so don’t be surprised if you’re able to find them for just a buck. 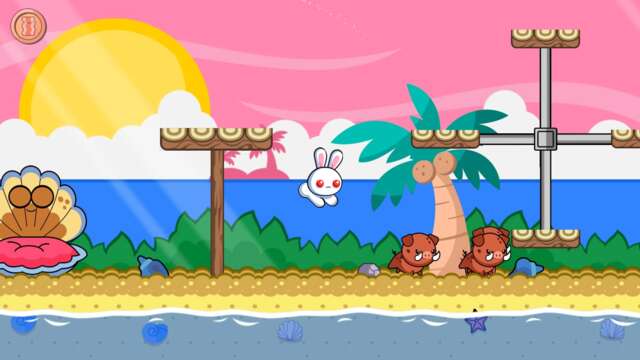 Hiding behind those adorable graphics is a surprisingly violent video game. A Pretty Odd Bunny follows a carnivorous rabbit that likes to eat pigs. Backing the bizarre narrative is some traditional 2D stealth platforming, which sees you trekking across 80+ levels in search of delicious pigs. 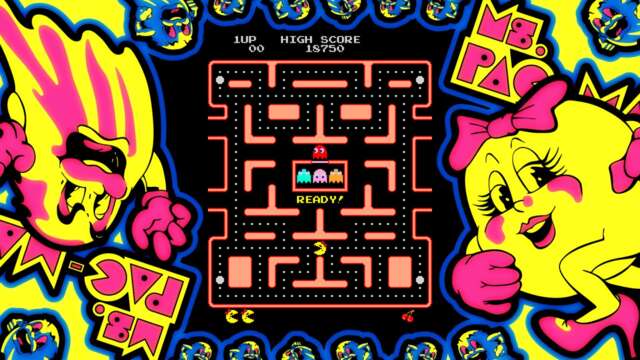 Experience some old-school action with Dig Dug, Galaga, and Ms. Pac-Man. Each game offers an authentic port and can be found listed for just four bucks. If you’re interested in all three, you can save a bit of cash by springing for the $8 triple pack. 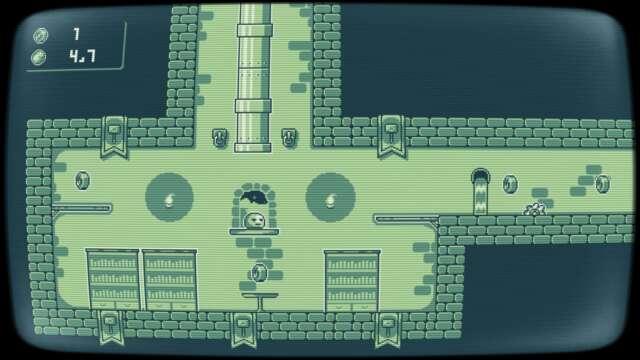 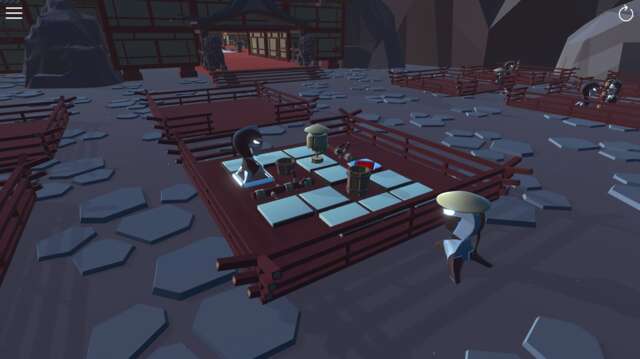 Part puzzle game and part traditional chess, Chess Knights: Shinobi has you moving around a board rescuing your fellow pieces. Character movements follow the standard chess rules, but five unique levels and a gorgeous feudal Japan setting make it radically different from a normal game of chess. 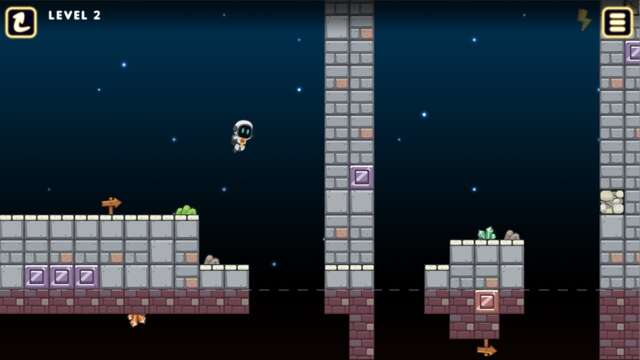 Gravity takes center stage in this 2D platformer. You’ll step into the shoes of an astronaut trying to return back to Earth, solving gravity-bending puzzles and overcoming a handful of deadly obstacles. To succeed, you’ll need to reverse gravity, giving you the ability to walk on ceilings or slingshot to impossible heights. 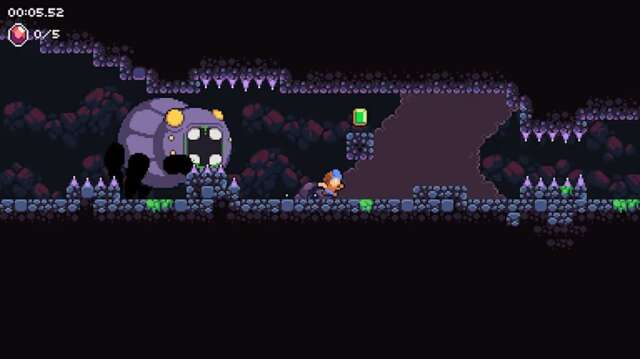 Follow Vincent S. Daggerhood as he treks through 100 levels and tries to steal as much gold from the king as humanly possible. Helping him along on his 2D adventure is his trusty dagger–which helps him teleport to hard-to-reach locations. 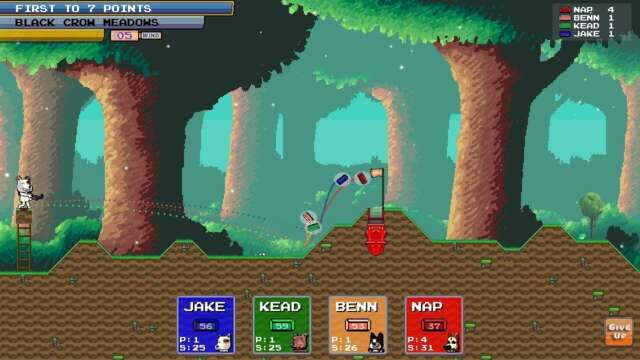 Dog Gone Golfing is a bizarre, 2D golfing game (that, of course, features a lot of humanoid dogs). Golf your way through 20 unique worlds or challenge a friend for some local competitive action. You can also head to the Practice Green to improve your skills on any number of randomly generated holes. 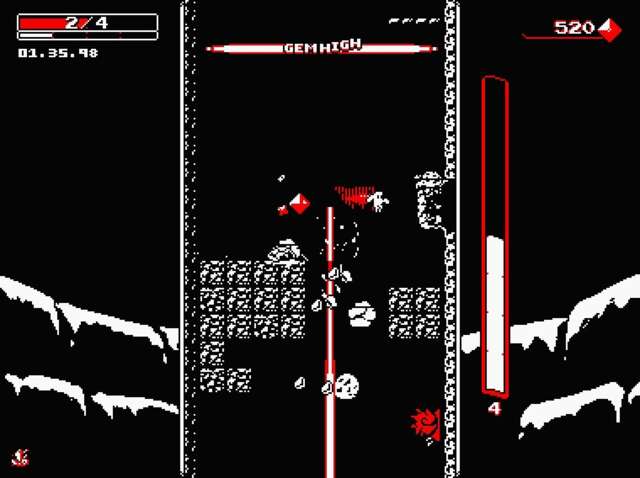 Dive deep into vertically oriented levels that put your platforming mettle to the test. Downwell isn’t easy (and there are a handful of bosses that pose the biggest threat to your survival), but a bunch of unlockable gear makes your job a bit easier as you move deeper into the game. 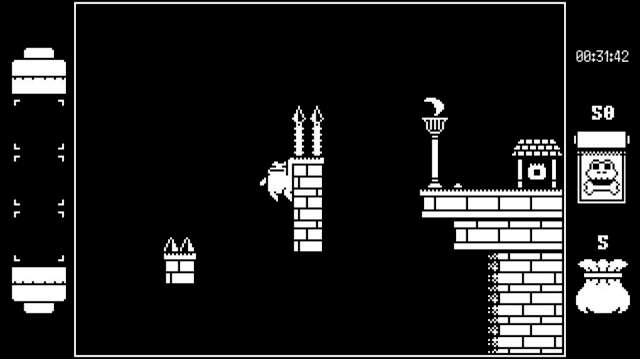 Life isn’t easy for a frog–and this challenging platformer proves it. Its graphics aren’t the most eye-catching (designed with a monochrome, 1-bit color scheme), but 28 stages filled with 2D platforming bliss are more than enough to keep you glued to your screen. 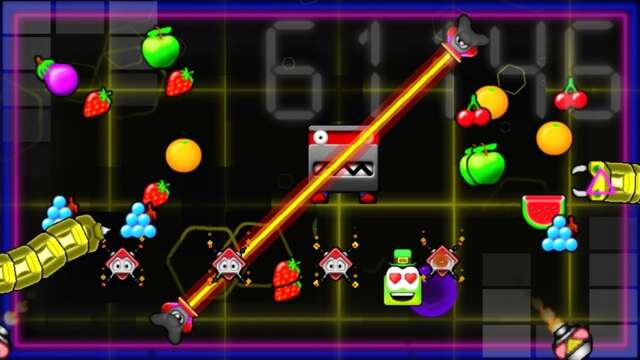 The premise of Don’t Die Mr. Robot is just as ridiculous as its title. You’ll play as a robot that loves eating fruit. Unfortunately, fruit also happens to explode whenever he gets too close. You’ll need to use those explosions to fight off hordes of enemies in this quirky arcade game that never takes itself too seriously. 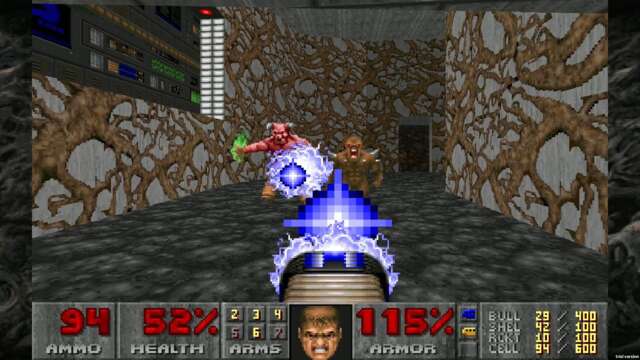 If you don’t want to drop a bunch of money on the latest Doom releases, you can check out three classic on the PS Store–each one available for five bucks. This includes Doom (1993), Doom II, and Doom 64, each one faithfully ported to Sony’s powerful new-gen console. 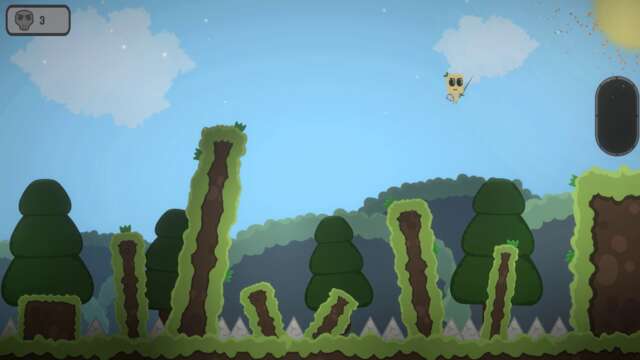 If you’re looking for the weirdest game on this list, Dr. Oil is a strong contender. You’ll step into the melting, buttery shoes of Dr. Oil as he journeys to slay Captain Seagull across 75 stages of increasingly difficult (and bizarre) 2D levels. I really don’t know what else to say–you’re a slice of butter fighting a seagull. The game sells itself. 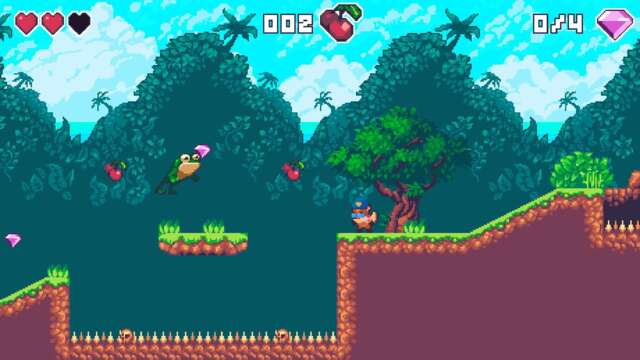 FoxyLand is a charming 2D platformer with slick graphics and a catchy chiptune soundtrack. You’ll be running and jumping through 36 levels as you help Foxy Fox pick up cherries (which serve as a currency for cosmetics) and rescue his true love, Jennie. 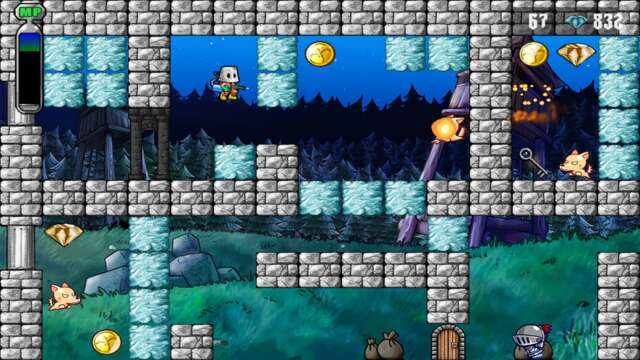 Solve puzzles and slay the undead in this cartoonish, 2D platformer. As you clean up the land from its supernatural tormentors, you’ll travel to eight unique worlds and be faced with no shortage of mind-bending puzzles. 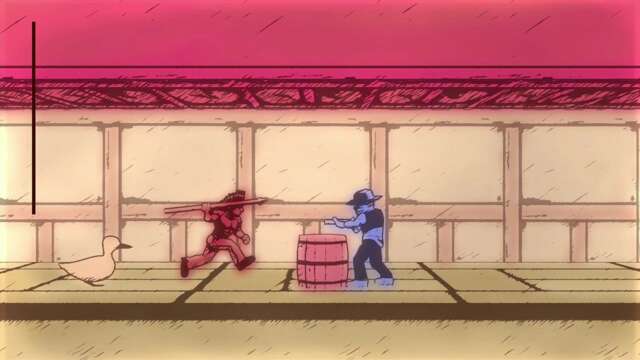 Gunman Clive HD Collection lets you play through both the original and follow-up titles in the Gunman Clive series. It’s a quirky 2D action game that takes you back to the 1800s to fend off groups of roving bandits, with plenty of platforming and deadly bosses thrown in for good measure. 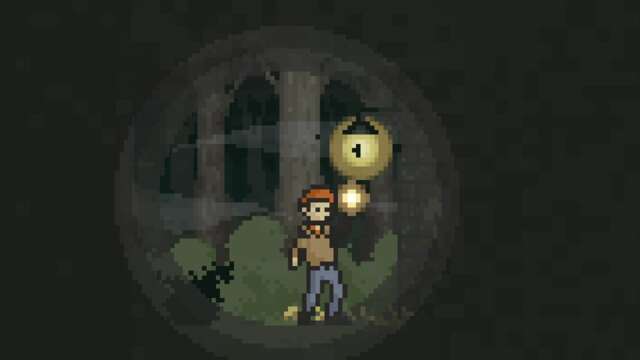 Haunting pixel graphics and a surprisingly intriguing storyline are the main hooks of Home – A Unique Horror Adventure, but you’ll also be treated to a unique 2D gaming experience that gives you a variety of ways to make it to the final credits. If you’re up for a few scares, consider giving it a download. 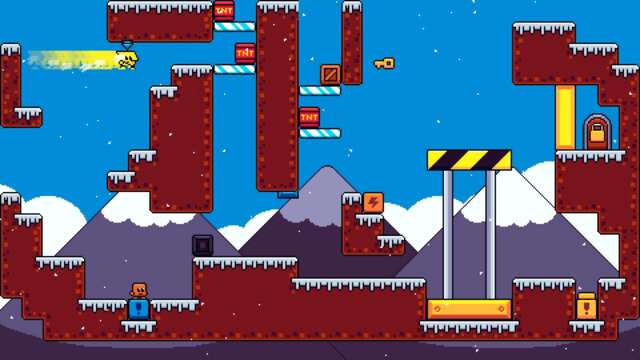 Play as two different characters, each with their own unique skillset. To make it through each level, you’ll need to avoid traps, activate gadgets with electricity, and destroy tiles blocking your path. Playable solo or with a friend, Kinduo offers a fun, puzzle-platforming adventure. 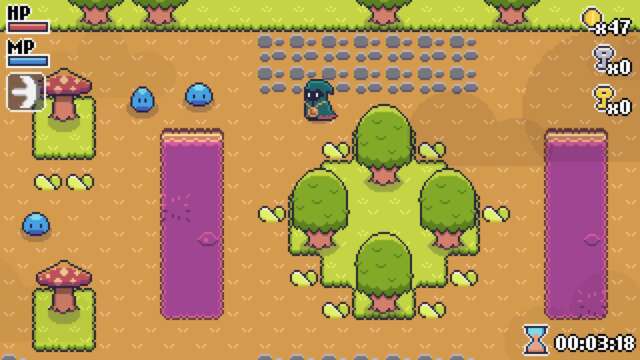 Vibrant 8-bit graphics, tons of collectible gear, and several unique locations with their own colorful aesthetics. Mages & Treasures is a feast for retro adventure game enthusiasts. There are also plenty of unlockable skills to learn as you set out to recover some precious, stolen items. 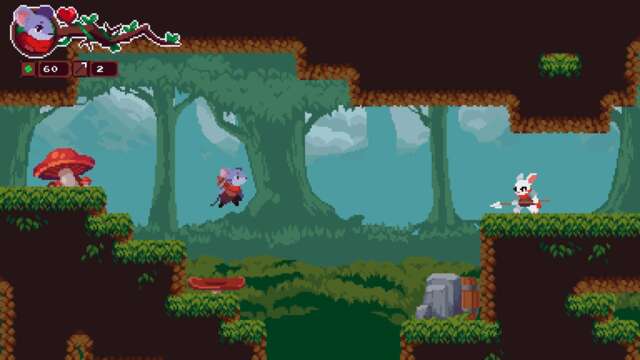 Looking for a cheap Metroidvania? Micetopia just might scratch the itch. Its graphics are certainly eye-catching, and engaging 2D platforming and combat should keep things interesting as you attempt to save the land of Micetopia from mysterious, evil forces.

Mighty Aphid is sort of like a budget version of Mega Man. The action plays out as a traditional 2D side-scroller, with your main character blasting their way through increasingly difficult levels that pay homage to classic titles from years past. 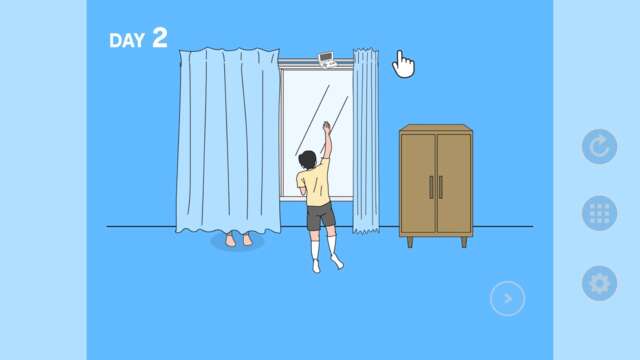 The PS Store is home to a few bizarre “escape room” games. The first two are from the Mom Hid My Game series, which–surprise!–sees you trying to figure out where Mom hid your game. If that’s not strange enough for you, check out My Brother Ate My Pudding for more hide-and-seek thrills. 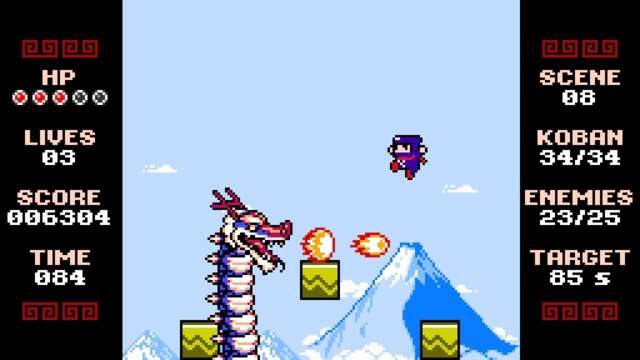 This deluxe version of Ninja Senki offers 16 old-school, 2D platforming levels, multiple unlockable endings, and a challenge mode to put your skills to the test. It also comes with a free copy for PS Vita–giving you a reason to break out the underrated handheld. 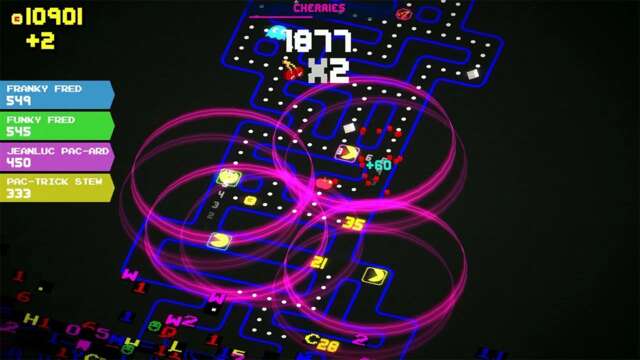 Pac-Man 256 is a new take on the iconic title that has you and up to three other players chomping down dots across a tilted map. Gameplay is very similar to the original, although the new perspective makes this version feel like something fresh.

Ravva and the Cyclops Curse 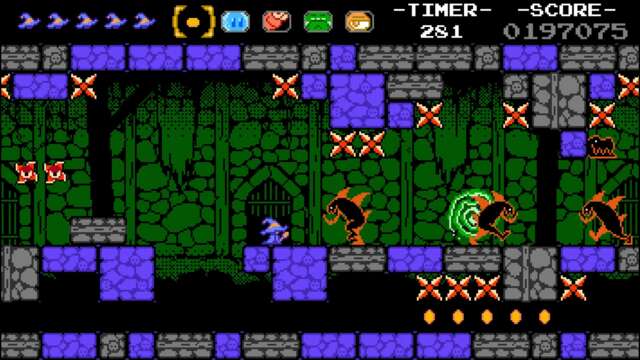 Play as Ravva, an aspiring summoner, as they try to vanish the Cyclops Lord that’s destroying the land. The platforming game will take you through a bunch of unique biomes, casting elemental spells, solving puzzles, and discovering a variety of useful power-ups. 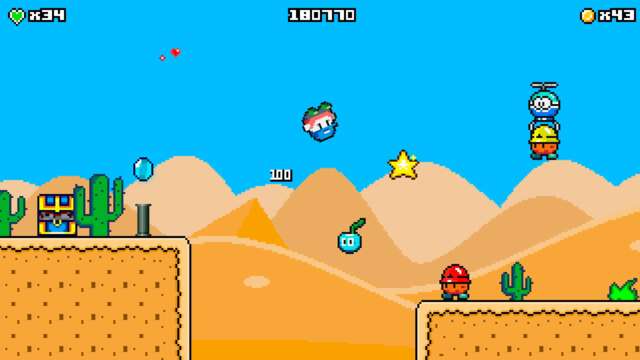 With a great name and adorable graphics, Super Onion Boy 2 is a great option for a game under five bucks. You’ll set out on a quest to save your group of friends from a psychic monster, although you’ll be able to use your own superpowers to help overcome the odds. 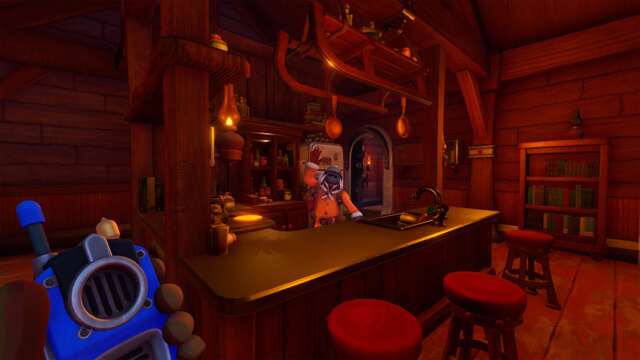 We Were Here is an innovative cooperative puzzle game. You and another player are trying to escape a castle, with one of you stuck in a small room and the other searching every nook and cranny to find them. If you’re looking for an inventive puzzle game, We Were Here is worth a few hours of your time.

Mutant crops are taking over the gorgeous, pixelated village of Meowtown. It’ll be up to the game’s protagonist, El Gatito, to put a stop to their reign as they stomp across vibrant 2D maps inspired by the wild west. Beyond eye-catching graphics and action-platforming gameplay, you’ll also be treated to a catchy, western soundtrack. 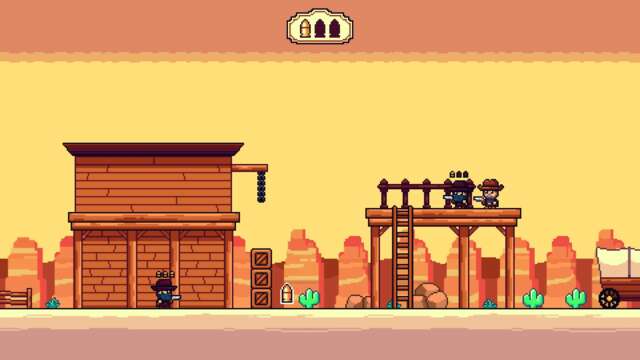 If Wild West Crops isn’t enough western action for you, give Virtuous Western a closer look. It’ll send you on a mission to bring justice to a town overrun with bandits using a variety of puzzle-solving and gun-slinging. There are 30 stages to work through along with a speed run mode that’ll test your reflexes.