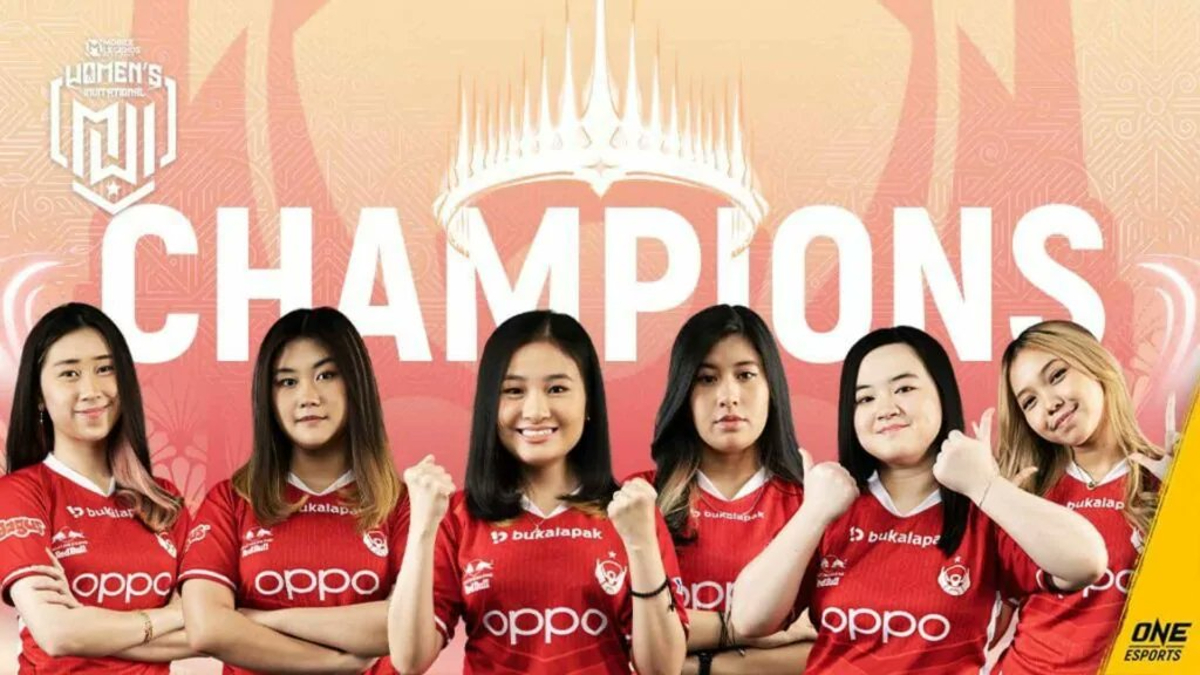 Over the recent weekend, we saw the first ever Mobile Legends Women’s Invitational take place, with Bigetron Era taking the championship title.

headline image courtesy of ONE Esports

Mobile Legends: Bang Bang has taken flight in recent times, with the MPL tournaments reaching new regions and more players from around the globe experiencing the excitement and exhilaration of the M3 World Championships than ever before. The end of January saw another event which brought more people into the game as the inaugural Mobile Legends Women’s Invitational took place, matching nine of the best female team in Southeast Asia against one another for a weekend of fantastic MLBB action.

Although originally there were a total of 10 teams participating, IDoNotSleep Elsa decided to join forces with IDNS Princess, creating a super-squad – but also dropping the tournament down to nine total teams. This meant that only one team would be eliminated in the Group Stages. Unfortunately for the Cambodian challengers of Impunity Starlets, they were unable to find their footing, losing all four of their group stage games in Group A, meaning they would be eliminated.

As we went into the playoffs, with all teams on an equal footing again, the two Indonesian rosters of GPX Basreng and Bigetron Era, who were undefeated during the group, proved that they were the forces to be reckoned with – dominating everyone in their path as they made it to the grand finals. With most series being very one-sided, and only Bren Victress really showing some resistance to the ID rosters, it was clear which region reigned supreme in the MWI 2022.

With everything to play for now, the two ID teams went into a head-to-head battle to see who would be crowned as the inaugural MWI champion. While GPX put up a great fight, the result was similar to the two team’s qualifier for the event, the Woman’s Star League Season 4, which saw Bigetron take a 4-1 win. This time around, it was a 3-1 victory for the Robots, as they earned a magnificent and well-deserved victory – with Vival being the MVP.

Although this event has come to an end, all of those participating, and those viewing, are anxious to see much more from these talented teams and individuals as MLBB continues to push the boundaries and grow.