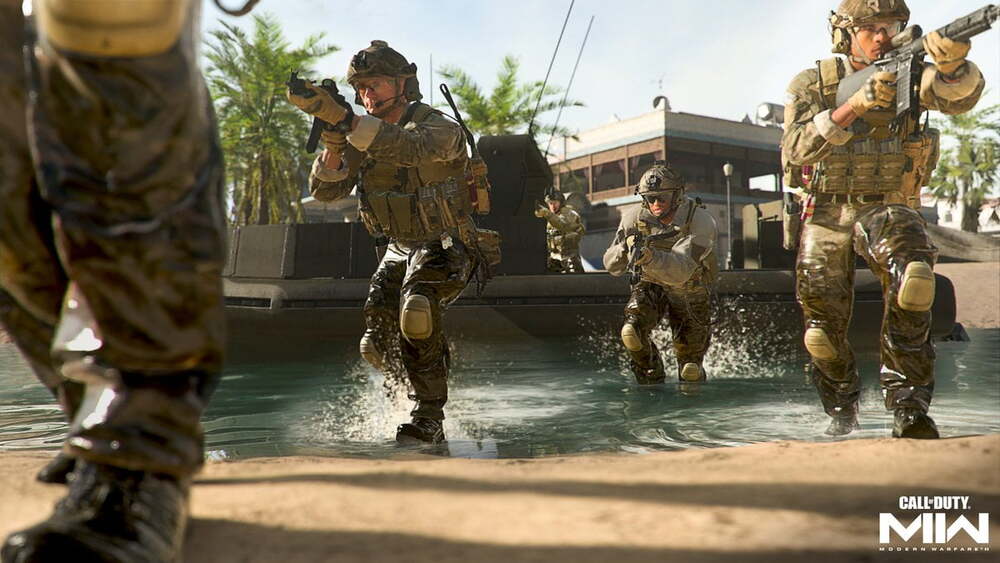 Activision and Call of Duty just had it’s recent livestream event where they finally showcase some gameplay for not only their highly anticipated Multiplayer mode for Modern Warfare 2 (2022), but also show off the new Warzone mode as well.

Besides substantial changes to the movement mechanics (like be able to ledge shoot and “dolphin diving” returning), both the UI and game modes have been give a refresh look, with players now able to play the game in 3rd-person mode (a first since it’s inclusion within it’s older namesake back in 2009).

But not has more changes than their free-to-play component, Warzone. With them introduction a new map and reintroducing another map in a far smaller scale.

The new Warzone 2 sees a new map call Al Mazrah (The Farm), and gone are stuff like loadouts and perks (for at least on Season 1), and it feels more grounded with more emphasis on finding weapons and a new Gulag that takes inspiration from the fan-favorite Gunfight mode, where 2 random players fight together for freedom. It’s set to launch on November 16.

And lastly fans of the original Warzone map, Verdansk could give their new mobile version a shot because that’s the highlight of their build from the ground up mobile version.

This new COD Warzone is different from the current COD Mobile version and will tie it’s progression with the main game, giving it a more streamline XP system. The dev team even promises 120 actual players in each match, unlike it’s other counterpart, and it would be intriguing to see how they will handle that when it launches next year.

With that, the upcoming COD Modern Warfare 2 Beta will start for PlayStation users starting tomorrow, at 1AM Local time. The game itself will launch on October 28.