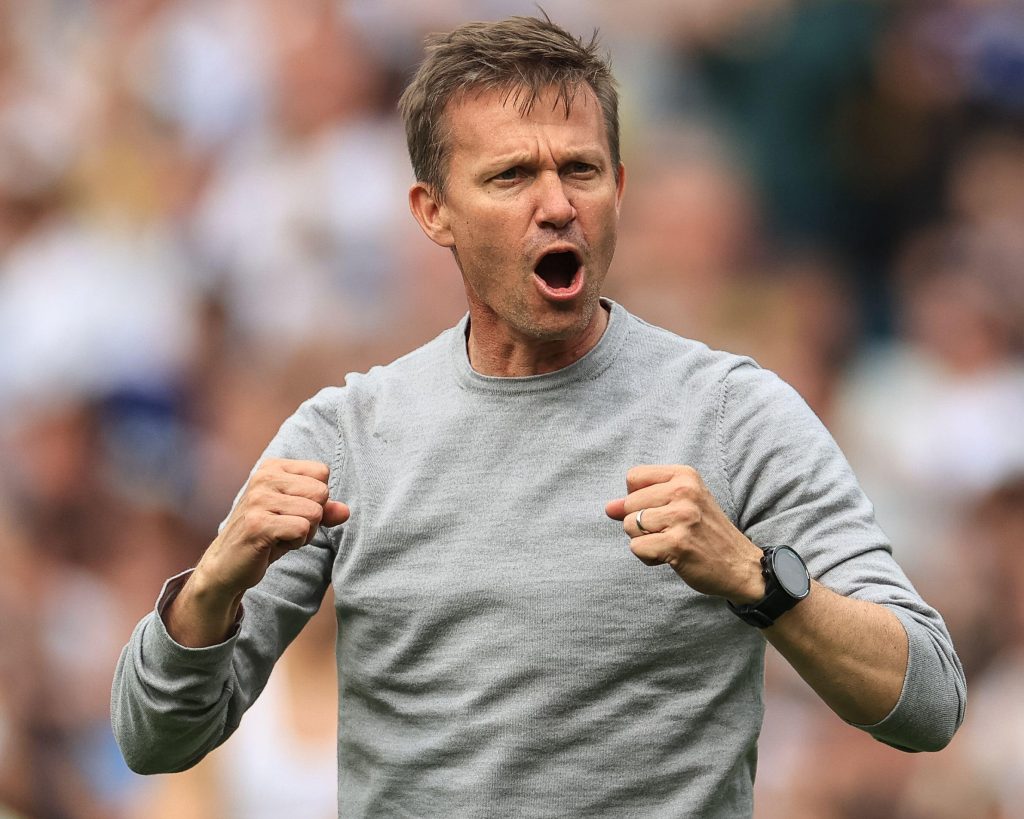 Leeds United have another season of Premier League football to look forward to.

Jesse Marsch’s side had to better Burnley’s result on the final day of the campaign, and that is exactly what they did. As the Clarets succumbed to a 2-1 home defeat by Newcastle United, Leeds emerged victorious over Brentford by the same scoreline. When Jack Harrison notched the winner deep into second-half stoppage time, the away end at the Brentford Community Stadium went delirious.

Leeds were the underdogs in the two-horse race to avoid the final relegation spot. Level on points with Burnley going into the campaign’s concluding day, their inferior goal difference meant Leeds could not afford to lose in west London.

It was hardly surprising, then, that Leeds looked nervy early on. Brentford almost got in within seconds of kick-off. Possession was squandered cheaply on several occasions. Liam Cooper’s passing was particularly shoddy. Kalvin Phillips had the ball pinched off his toes in midfield more than once.

Leeds eventually settled into a rhythm and created the better openings in the first 20 minutes. Moments after news came through of a Newcastle goal at Turf Moor, Joe Gelhardt had the ball in the net after being played in by Jack Harrison. It was a tidy finish from the young striker, but replays showed he was slightly offside and the goal was ruled out by VAR.

If Leeds were the better team in the first quarter of the game, Brentford were stronger in the second. Christian Eriksen showed his class in the centre of the park with some fine switches of play, while Bryan Mbeumo caused problems for Leeds left-back Junior Firpo. The first half ended with the Bees knocking on the door and the Whites seemingly happy to go in at the break level.

Mbeumo had the first chance of the second half, but his tame shot was easily caught by Illan Meslier. The Brentford forward should have done better – as should Rodrigo Moreno, who was denied by David Raya after a good pass from Raphinha.

Those two players were at the centre of the next major incident, as Raya brought down Raphinha inside the penalty area after a poor kick from the Brentford goalkeeper. The Brazilian made no mistake from 12 yards, sending Raya the wrong way to give Leeds the lead. Almost 200 miles to the north, Callum Wilson doubled Newcastle’s advantage against Burnley.

The Leeds fans might have started to feel a little more comfortable at that stage, but their relief was short-lived. First, Maxwel Cornet pulled a goal back for Burnley. Then Sergi Canos’ excellent header restored parity for Brentford. Suddenly, a goal for either home team in Lancashire or west London would lift Burnley out of the bottom three and put Leeds into it.

Another goal at Turf Moor did not materialise, and when the ball next found the net at Brentford it was courtesy of Harrison’s left boot. His strike from just outside the box took a nick off a defender and left Raya helpless. Harrison raced over to the jubilant Leeds fans and was soon mobbed by his team-mates and even some of the away team’s substitutes. The final whistle sounded soon after, confirming Leeds’ place in the Premier League for the 2022/23 campaign.

Relegation would have been a huge blow. Leeds are one of the biggest clubs in England. They only ended their 16-year exile in the Football League in 2020. Returning to the Championship so quickly would have been a huge anti-climax. Leeds feel they belong in the top half of the top flight, which is where they finished last term. Sunday’s win at Brentford gives them the chance to aim towards that goal next season, when they will hope to steer clear of the bottom three. For now, though, Leeds will just enjoy the moment as a dramatic final day ended with them sitting above the dreaded dotted line.

“I always believed that we were going to do this,” Marsch said in his post-match press conference. “There wasn’t one day where I didn’t believe. For me this business is about belief, and about exuding it as a leader. I believed in the group of players we have – their spirit, their character, their resolve.”