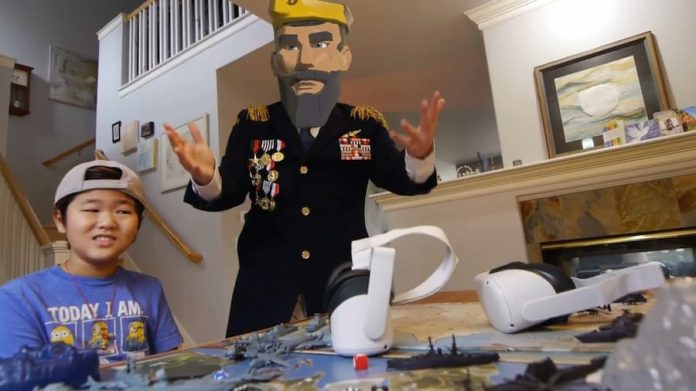 Feel like taking command of an armada, using it to crush another player and doing it all in VR? Admiral Wars has you covered.

This naval RTS enters multiplayer alpha later this month, landing on Meta Quest 1 and Meta Quest 2 (formerly Oculus Quest 1 and Oculus Quest 2). It’s an appealing-looking outing which reminds us of nothing so much as a VR Carrier Command, a game that ate up hours and hours of our time.

You’ll be able to watch the battle from the bridge of your virtual ship, as well as switch to a bird’s-eye view to command your vessels.  It’s multiplayer only for now, but developer DB Creations plans to add a single-player campaign mode. The multiplayer alpha, which launches this February 24th, is free, and will be out on Applab (it can also be loaded via SideQuest).

Hang on.. Appwhat? Applab is the part of the Meta Quest store where you can download games that haven’t been officially approved by Oculus/Meta. Essentially, it’s the Meta Quest equivalent of the old Xbox Live Indie Games programme. There’s no guarantee a title you purchase via that platform will be complete, so there’s some risk involved. But it’s a way for developers to get their title out there, including alphas, relatively easily.

You can check out the trailer above though be warned, it features the horrifying love-child of the Burger King and Captain Birdseye. Admiral Wars’ multiplayer alpha will hit the Meta Quest Applab this February 24th.