Complexity continued their upward trend since adding Håkon “⁠hallzerk⁠” Fjærli to the roster by besting Astralis 2-1 in their opening match at ESL Pro League.

Johnny “⁠JT⁠” Theodosiou and co. had to recover from losing their own map pick of Inferno 9-16, stealing Nuke away 25-23 in a gruelling grind before cruising to a relatively comfortable 16-11 victory on Dust 2.

Grim topped the scoreboards as his team secured victory

The first part of the year saw little success on European soil for Complexity, however since adding hallzerk they have taken a map win off a Natus Vincere side missing Oleksandr “⁠s1mple⁠” Kostyliev and followed it up with their first series win against European opposition this year.

Astralis had been on an upward trend towards the end of last season culminating in a top-four at IEM Cologne, however since the player break the squad has struggled, needing four attempts to qualify for the European RMRs, failing to make it through the BLAST Premier Fall Groups, and now suffering a disappointing defeat to open their account at ESL Pro League.

The series opened with Complexity’s pick of Inferno, but the North American squad got off to a slow start. Astralis grabbed a 3-0 lead to kick off their CT side, before their NA opposition managed to get guns up and find success with some fast-paced assaults of the A site; the Danes found themselves punished for early B leans. Astralis adjusted their defence and this adjustment, combined with some big plays from the likes of Lukas “⁠gla1ve⁠” Rossander and Benjamin “⁠blameF⁠” Bremer, guided the team to a convincing 10-5 half victory.

Complexity triumphed in a back-and-forth pistol round to give themselves hope early on their defensive half, but immediately falling to an Astralis force-buy put them on the back foot. The North American squad answered back with two of their own, seemingly winning the force-buy wars, but some incredible deagle headshots from Kristian “⁠k0nfig⁠” Wienecke on what was basically a full eco put his team in comfortable control, and they never looked back; the game ended 16-9 in Astralis’ favour. 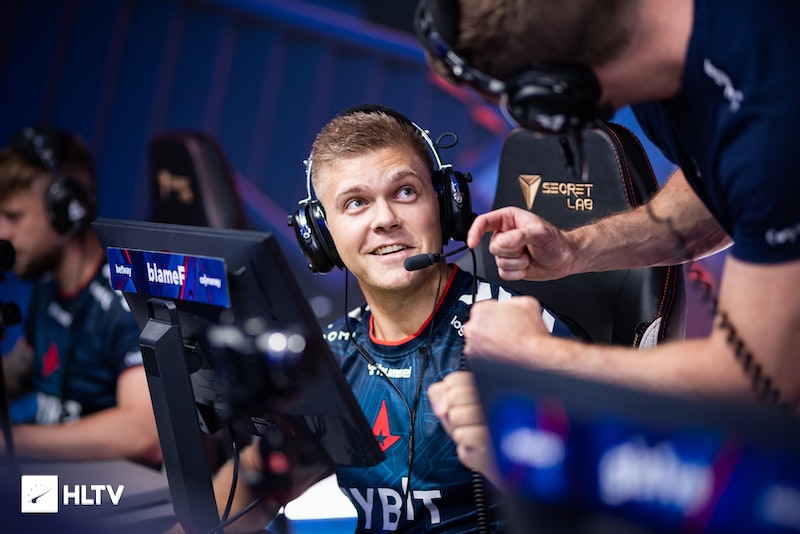 Next up was the Astralis map choice of Nuke, and the Danes opened on the unfavoured T side. A pistol loss was a bad omen for Complexity, and despite heroics from hallzerk earning a force-buy win, the NA side once again fell to Danish deagles to fall to an early 1-4 deficit. Once the guns came back up Complexity began to recover and build their way into the half, tying the score up at 4-4, but yet again pistols were their undoing and they stumbled before the recovery could build momentum; Astralis took the half by the scruff of the neck to secure a 9-6 lead for the second period.

Astralis took a convincing pistol win to put themselves firmly in the driver’s seat, but the Danes then allowed a second-round glock eco to come down to a 1v1 which ruined their economy and made losing the first gun round more punishing. Complexity converted this situation into further round wins, dragging the score all the way back to 11-11 with a well-drilled offence.

Astralis repelled a fast-paced upper hit to get back into the game, and a tense battle ensued with each team trading rounds as they both adjusted to try and thwart the other; Astralis got to 15 first but squandered three chances to deal the killing blow, the score ending 15-15 to send the map to overtime.

The game became very scrappy in OT, with both teams making poor mid-round decisions and needing brilliance from individuals to get rounds over the line. The teams traded back and forth evenly for the first two periods of OT, with Astralis squandering another series point in the process, before Complexity eventually managed to secure a narrow 25-23 victory.

The scrappy nature of the game continued into the decider of Dust 2, with both teams dropping rounds in favourable situations and against ecos or half-buys. A narrow 8-7 half win for Astralis gave way to a Complexity onslaught in the second period, the North American squad posting a convincing defence to grab a 16-11 victory, thus securing the series 2-1.