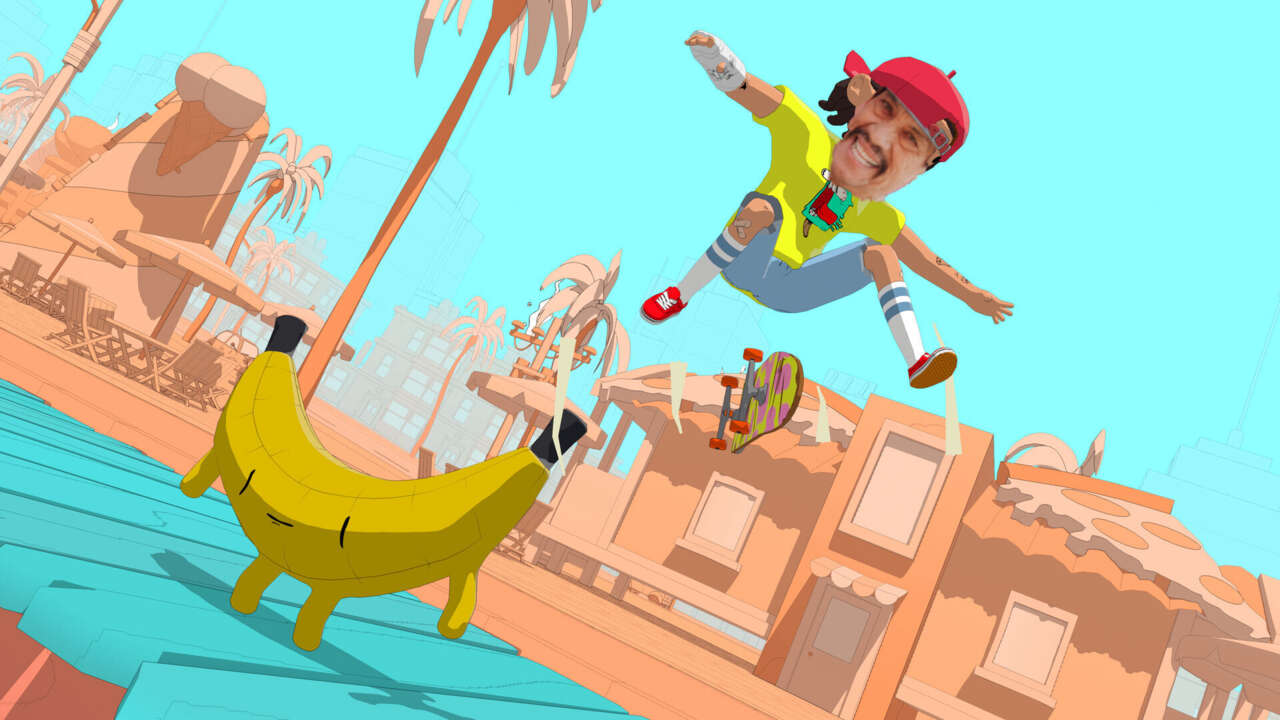 The soon-to-be-released skateboarding game OlliOlli World is getting a surprising crossover character. The actor Danny Trejo, known for his TV and film roles in Breaking Bad and Machete, will come to the world of Radlandia across all platforms when the game releases on February 8.

Trejo’s appearance in OlliOlli World is Trejo’s “most realistic digital representation yet,” the developers joked. As you can see in the image below, Trejo’s character model sports his famous mustache, cross necklace, and hat. He’s also wearing a cutoff shirt and has tattoos.

As mentioned, the Trejo character in OlliOlli World will be available across PlayStation, Xbox, Nintendo Switch, and Steam at launch on February 8. Players who find Trejo in the game will unlock a side quest, and completing it unlocks a special cosmetic item, according to Eurogamer.

OlliOlli World is developed by Roll7, which is owned by Rockstar Games parent company Take-Two. The newest entry in the series takes players to the vibrant world of Radlandia and lets them complete missions and challenges, while there is a social element to the game as well.

This is just the latest crossover for Trejo in a video game, as he starred in Far Cry 6 DLC last year.