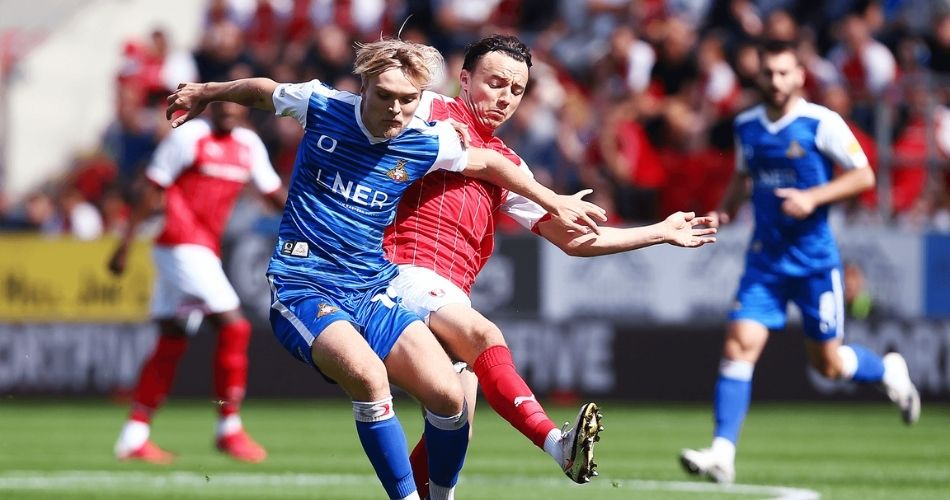 First meets last in League One as Rotherham United travel to Keepmoat Stadium to take on Doncaster Rovers in an important league fixture on Tuesday night with kickoff at 22:45.

Both sides have made opposing campaigns in the division and will be desperate for the three points for completely different reasons. Doncaster Rovers are fighting relegation following a disappointing campaign with the club claiming just five wins from their 28 matches, while picking up four draws and suffering 19 defeats in the process and they currently are rock bottom level on 19 points with Gillingham and 10 points adrift of safety.

They head into the match in a poor form having only won one of their last League One matches suffering six defeats in the run including the 3-1 loss to Plymouth at home last Saturday. The defeat summed up their home form too as they have now lost in all their last four home matches.

Therefore, Gary McSheffrey’s side will be looking to bounce back to winning ways as they desperately look to salvage their otherwise doomed campaign.

Meanwhile Rotherham United are fighting for a direct promotion to the second tier following a strong campaign that has seen them claim 17 wins from their 27 league matches so far, while picking five draws and five defeats in the process and they currently sit at the summit of the table on 56 points but are just a point above Wigan Athletic who have played two matches less.

Also they sit just two points above the third-placed Sunderland who have played one match more and will with all three going for the two direct promotion places Rotherham will need to continue picking up wins.

Paul Warne’s men are in good form as they have only lost two of their last seven matches across all competitions claiming five victories in the run including the 2-0 win at away against Crewe. The win extended their streak to two in the tier and they will be desperate to add on that as they look to stay in the direct-promotion places.

There was a goal fest the last time Rotherham visited Keepmoat as they cruised to a 6-0 win and they will be looking to replicate the result in the Tuesday’s clash.

Doncaster vs Rotherham head to head

Both sides have met in 11 encounters since 2005 with Rotherham claiming six victories while Doncaster have claimed three victories and there have been two draws.

Doncaster have no injury or suspension concerns ahead of the clash.

Rotherham also have no injury or suspension concerns.