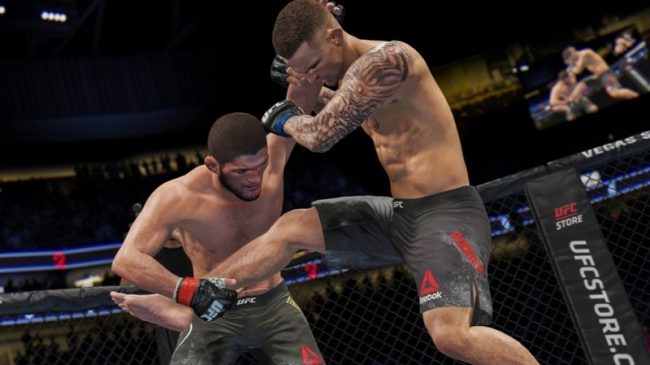 EA CEO Andrew Wilson has revealed the publisher has “three or four more” games that they’re yet to announce that are due to be released during the next fiscal year, which is sometime between April 2022 and the end of March 2023. This is in addition to a strong lineup of games that they have already revealed.

There were no hints as to what the unannounced titles could be, although there have been rumors of a new installment in the EA Sports UFC franchise and a revival of the Fight Night games. As well as the 3-4 unannounced titles, EA has a very diverse lineup of upcoming games. The new Need for Speed game is due to be released during the financial year, as well as the annual sports games like FIFA, Madden NFL, F1 and NHL.

Apex Legends, Knockout City and The Sims will continue to get new content, while there will also be some new mobile titles like an Apex Legends Mobile game. Of course, there’s also GRID Legends that will be released this current financial year on February 25.

In a conference call to accompany EA’s latest financial earnings report, as transcribed by Seeking Alpha, Wilson said they “are always trying to find ways to grow the portfolio year-over-year through new titles, new IP and expansion.” EA isn’t looking at to make any acquisitions at this moment in time, but that “doesn’t mean that we won’t keep looking at everything going forward”. As always, we’ll be sure to let you know as soon as that changes.

In other news, Ghostwire: Tokyo will be getting an official showcase from PlayStation tomorrow, February 3, at 2pm PT. In the meantime, the release date, pre-order bonuses and Deluxe Edition have all been confirmed. Elsewhere, Suicide Squad: Kill the Justice League has reportedly been delayed until 2023 for unknown reasons.