In its recent quarterly earnings call, EA has provided an update to its release slate for the fiscal year 2023. The Redwood-based publishing giant has quite a lot in the works for the not-so-distant future, it seems. In addition to a handful of already announced games, EA also has 4 games set to release in FY 2022-2023 that haven’t been publicly revealed.

Additionally, FY 2023 will also see the release of two major mobile games from EA- Apex Legends: Mobile and The Lord of the Rings: Heroes of Middle-Earth. As for when to expect to hear more about these undisclosed titles, EA has canceled its EA Play event for this year, so we will most likely be having separate announcements spread out over the coming months. Until then, stay tuned. 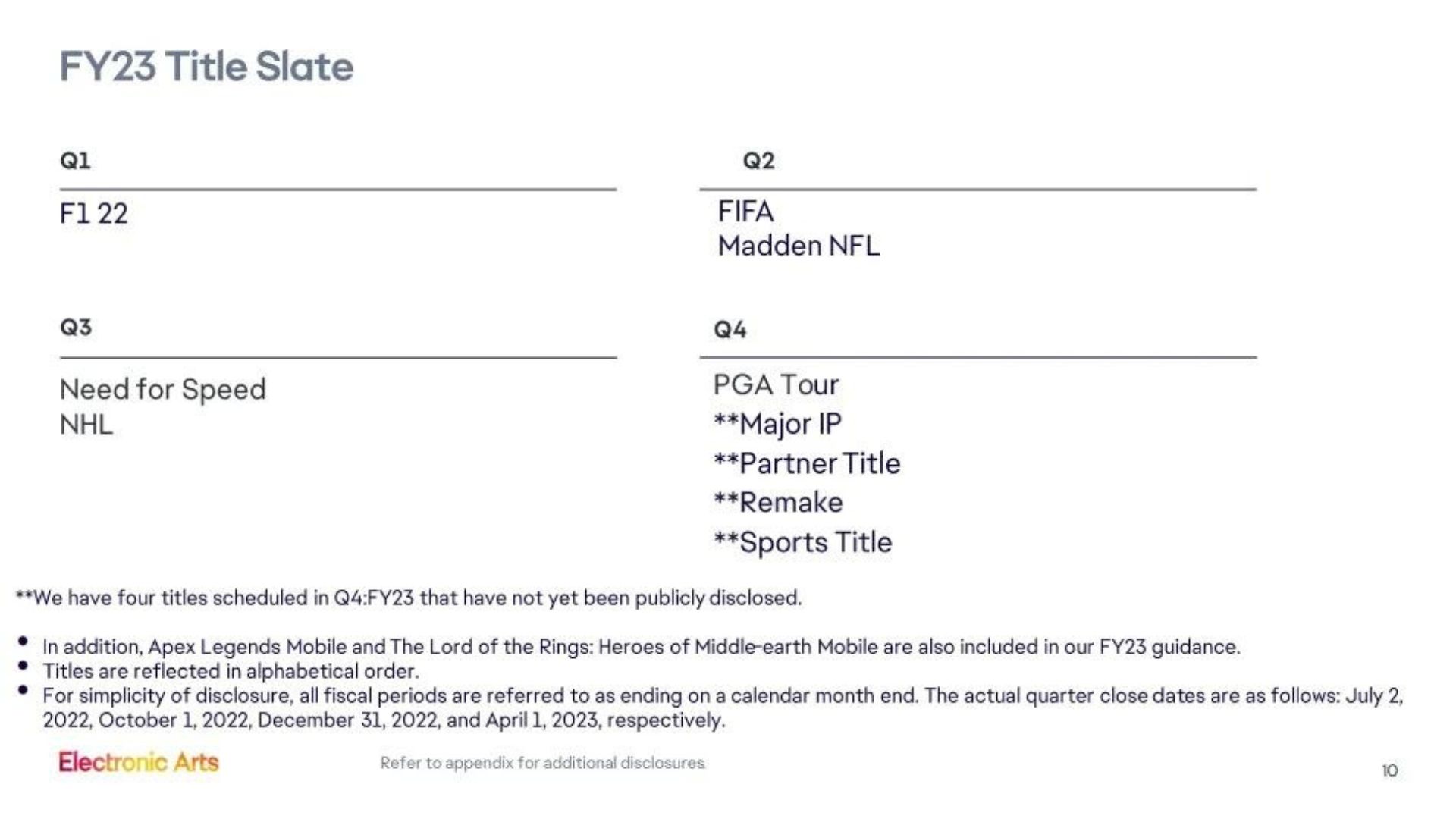