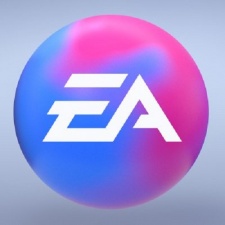 EA has released its Q3 2022 financials for the three months ending December 31 2021 and reported its highest bookings in company history.

Net income for the quarter totalled $66 million, down 69 per cent over the same period the previous year.

The firm’s highest-growing games platform in terms of revenue was mobile games, which saw a rise of 78 per cent year-over-year to $277 million. Despite the fact that mobile is EA’s smallest revenue generating platform, mobile games revenue is EA’s only platform to have consistently grown over the past year.

EA’s mobile success came as no surprise, following its decision in 2021 to fortify its mobile games operations through the acquisitions of Playdemic and Glu Mobile for a collective $3.5 billion.

“Our portfolio approach will enable us to deliver organic growth in the double digits this year, continue to deliver strong cash flow, and provides a strong foundation for growth as we look to the future.”

EA currently has multiple large IPs in development for mobile, including Plants vs Zombies 3 and Battlefield Mobile which are both in soft launch, so continued mobile growth going forward is likely on the horizon.