Making so much money in the crowdfunding campaign for one game that you get to fund an entirely separate game on top of it will never stop being wild to me. It’s only happened a few times, to be fair, and you could argue that it’s more of a marketing stunt than anything. As exciting as the flex of conjuring up a bonus game like that is, though, it can also come with a bit of trepidation from hardcore fans. JRPG enthusiasts and Suikoden super fans flocked to raise almost $5 million in support of spiritual Suikoden successor Eiyuden Chronicle – so what reason would those fans have to be excited about Eiyuden Chronicle: Rising, a tie-in sidescrolling action game with a side of town-building? After playing it, I can say that there are several reasons to give this addictive side-scrolling RPG-lite a shot.

For one thing, if you’re prepared to become an Eiyuden Chronicle lore nut, Eiyuden Chronicle: Rising offers a really interesting alternate window into the lives of plenty of the recruitable characters you’re set to meet in the upcoming JRPG. You’ll mainly get to know the playable trio of CJ, Garoo, and Isha – CJ is a teenage treasure hunter on a quest to impress her clan, Garoo is a morally ambiguous kangaroo-man with a sword taller than him, and Isha is the magic-wielding interim mayor of a town that’s become the hub for aspiring adventurers – and the main locale that the game takes place in.

The opening hour of the game had me a little worried – CJ is a fun and upbeat character, but her chipper protagonist energy doesn’t do much when she’s bouncing off of generic townsfolk and the rare named NPC. Gameplay, too, suffers from her solo-act – her default attack combo is rigid, enemies are basic, and I found myself falling asleep as I backtracked between the town plaza and fetch quest forest.

As that slow introductory hour comes to its conclusion, though, the game slowly wraps more dynamic characters into the story, introduces new gameplay mechanics, and finally, gives you your second party member. Thanks to the instant-character-swapping Link Attacks of Eiyuden Chronicle: Rising, what was initially slow and repetitive combat instantly became some of the funnest and flashiest side-scroller action I’ve ever experienced. 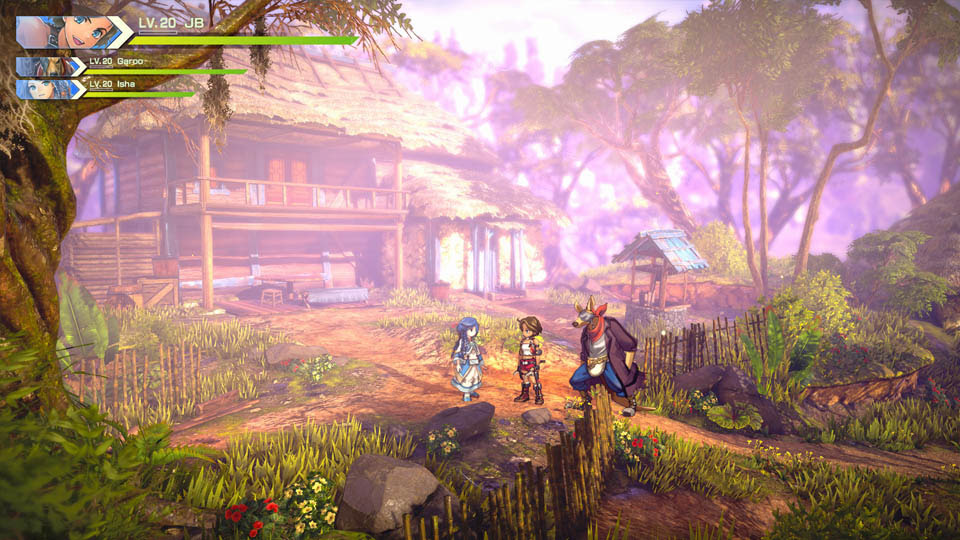 Each party member is assigned to a different face button, and in timing your button presses just right, you can chain together attacks from each member for super satisfying results. The flash of blue sparks as a party member phases in, the way your character zooms into mid-air to follow the juggled body of your foe – it’s so cool.

Your options for combat and manoeuvrability quickly expand thanks to the town-building features I mentioned earlier. Plenty of townsfolk need your help gathering materials to open up their own shops, and once they’re open, you’ll have access to weapon upgrades that unlock new combos or custom gear naming, as well as movement ability upgrades and plenty of shops for new potions and gear.

What started out as nothing more than a mindless backtracking simulator quickly evolved into the same satisfying sort of resource-gathering, checklist-completing gameplay loop you’d find out of lowkey JRPGs like the Atelier series or even Genshin Impact. It helps that the hefty amount of resource-gathering requests are balanced out by unique encounters, though – from nail-biting boss battles to genuinely well-written story beats.

I wouldn’t say that Eiyuden Chronicle: Rising delivers a mind-blowing JRPG epic of a story – but the game’s cutscenes are charming in their own right thanks to that promise of connectivity to the main game. Whenever a character appears with an illustrated portrait and unique outfit, you can tell they’re going to be a character in the main game. Some of them will get involved with your antics as supporting characters, armour smithies, or even unexpected adversaries. Other times, a named character might only pop up for a quick cameo and then vanish as if it was nothing – but the knowledge that they’ll be one of the many major players in the future always had me giddy. It’s a genuine delight to see a random character intro-card pop up and just whisper to myself “oh, I’m definitely recruiting you in the main game.” 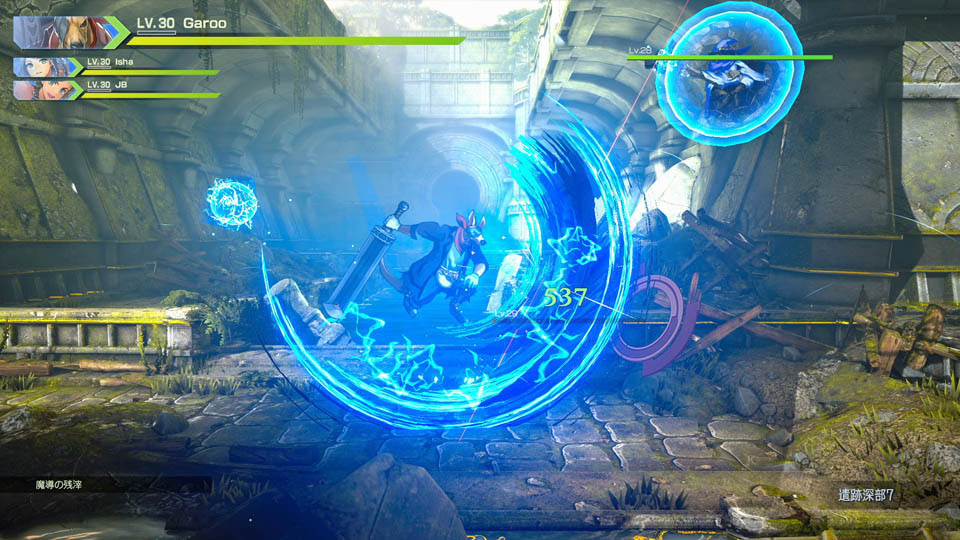 Euyiden Chronicle: Uprising is also a pretty impressive showcase for the visual fidelity you can expect from the upcoming main JRPG title. Like Octopath Traveler, this game utilizes an offshoot of that HD2D aesthetic – hand-drawn character and creature sprites manoeuvre along flat, side-scrolling planes that inhabit lusciously modelled and gorgeously lit 3D environments. Seeing god rays and fog bounce off of characters adds so much to the presentation, and only serves to get me even more excited for what the main game has to offer. Even if it’s a totally different genre and at a totally different scale, Eiyuden Chronicle: Rising is a wonderful appetiser to tease the upcoming main course.