FromSoftware’s games have always garnered a niche audience, but it seems like their latest title is bucking that trend. Elden Ring has had such a successful first few days it is the most successful launch title in the UK since 2018, not counting any of the annual Call of Duty or FIFA installments. This means it has beaten titles like Horizon Forbidden West and Cyberpunk 2077.

How many copies has Elden Ring sold? 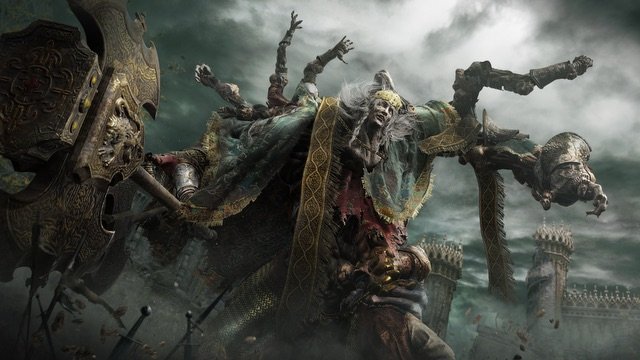 Exact figures are not available for how many copies Elden Ring has sold in the UK, but it is the biggest launch in the UK since Call of Duty: Vanguard.

If Call of Duty and FIFA are both excluded from contention, Elden Ring has been the biggest launch in the UK since Red Dead Redemption 2 in 2018. The game sold 2.5x more copies than Horizon Forbidden West, according to GamesIndustry.biz. Other notable games the title has beaten include Assassin’s Creed Valhalla, Cyberpunk 2077, Ratchet & Clank: Rift Apart, Far Cry 6, Gears 5, The Last of Us Part II, Marvel’s Spider-Man: Miles Morales, Final Fantasy VII Remake, Crash Bandicoot 4, and Ghost of Tsushima.

In a world where digital downloads are becoming an ever-increasing part of the market, it should be no surprise to find that just over 68% of Elden Ring’s sales were digital. Xbox digital sales were a massive 85%, while PC sales were 73% digital. PlayStation sales were split fairly evenly, with just over 50% being digital purchases. However, PlayStation turned out to be the most popular platform of choice with 32% of the game’s digital and physical sales occurring on PS5 and 9% on PS4. This left 30% of sales on PC and 29% on Xbox.

In other news, Quantic Dream’s Star Wars Eclipse is apparently years away from release due to issues with development. Current reports claim not to expect the game until 2027-2028. Elsewhere, Gran Turismo 7 future updates will include new cars and new courses amongst other things.