Piranha Bytes games are a peculiar breed. Going all the way back to the original Gothic, their titles have offered the challenging combat, customisation, and exploration, and the original ELEX was no exception. Expanding the scope of their worlds to include options for fantasy, modern, or science fiction builds and locations to survive side by side. Whether you chose to go in swinging a sword, wielding a shotgun, or sniping from afar with a plasma rifle, a dizzying array of approaches were possible. That being said, the usual Piranha Bytes issues were present, with a somewhat janky engine and sudden instadeath encounters lurking around almost every corner. Is ELEX II going to bring meaningful change and improvement?

Elex was a massive game, and Elex II is more of the same in that regard. Jax returns as the payable character, and there is clearly an expectation that you are familiar with the events of the first game, either through playing or reading up on them. The drawback to this is that your choices from the first game are thrown away. No matter which companion you favoured and who you romanced, the game begins with Jax having a child with Caja. Your levels are also lost, although this is explained away as Jax having retired to a cabin due to his exasperation at the behaviour of the various faction leaders – a choice compounded by an altercation with an alien beast that bites him and gives him a debilitating infection.

Building on their proprietary Genome engine once more, Elex looks similar to its predecessor. What it lacks in cutting edge looks and atmosphere, it makes up for with a coherent visual design. Environments and creatures fit well together, even when you have both futuristic and fantasy structures within clear sight of one another. Performance has been stable for me with a constant 60fps on High settings running an Ryzen 3600 and an RTX2060. This shouldn’t be a surprise given the age of the engine but it’s always a pleasant experience nonetheless. 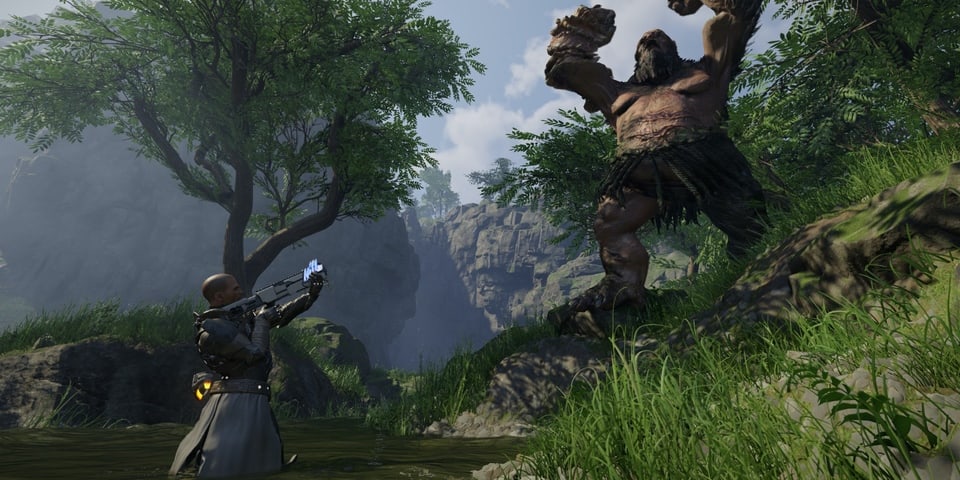 While the visual stylings work well, the tone of Elex II is absolutely all over the place. In the first few hours you’ll bounce between running away from every combat encounter while scavenging to raise funs to having inane conversations with your annoying child. Characters get interrupted mid-conversation by combat and then complain that “I wasn’t finished yet,” as if it was your fault. Combat itself is a mixture of old school hack and slash and ranged, but often ends up with you kiting enemies and chipping away their health as you try and avoid being slaughtered. You can stick to slowly levelling up by fighting smaller enemies, but where’s the fun in that?

Exploration is standard open world fare, aside from the return of the jetpack. This one addition makes the whole world feel so much more open and exploitable. While it initially only runs for a short time it recovers fairly quickly so you can use it to either scale or descend from otherwise impassable buildings and environments with ease. Of course, this generally means that you end up in areas you aren’t prepared for, but jetpacks are also useful for making a speedy escape. Almost everywhere you go contains some useful items, but it’d be an exaggeration to say that the world was well populated. You can often spend quite a few minutes exploring for no real benefit, but there is still a compulsion to continue just in case you find something. 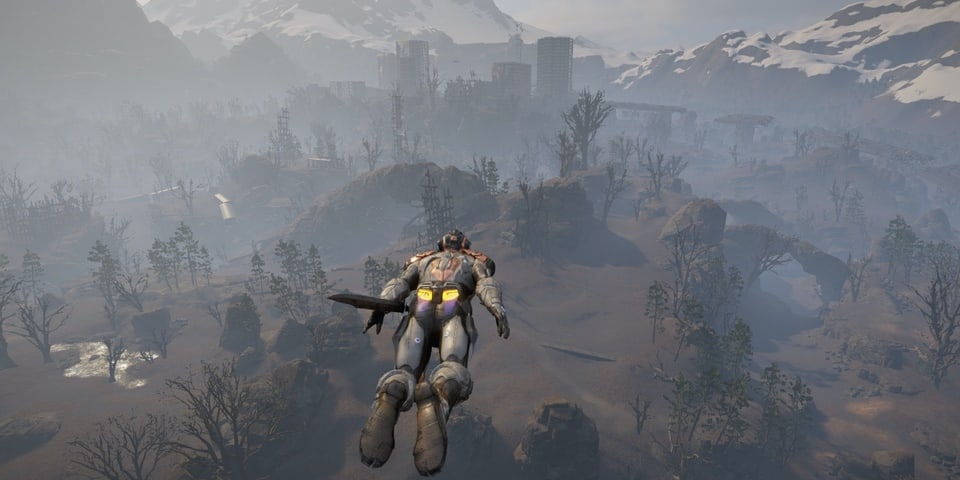 There are no classes as such in Elex II, with you instead customising your character’s attributes to match your style of play. Partway through the game you can join a faction which focuses your approach somewhat and makes a specific set of items and equipment available, but you can still mix and match to some degree. As equipment is linked to stats you can’t just quickly use more powerful items to give yourself an advantage which means that you do have to be strategic in how you level up to get the full benefit of what you can scavenge and buy. I would recommend focusing on bows early on as arrows are cheap and you can sneak and snipe enemies who would destroy you close up.

Much of your interaction with the characters of Elex is backed up by a morality mechanic that is unfortunately clunky. Characters will straight up ask if you prefer creation or destruction (the game’s version of good and evil) rather than there being any finesse or subterfuge to the decisions. This is a shame as there are some interesting moral choices to make that would have benefitted from a more subtle system being in place. The overall story is standard fight the alien intruder stuff but the mixture of approaches and fighting styles does keep your attention throughout.