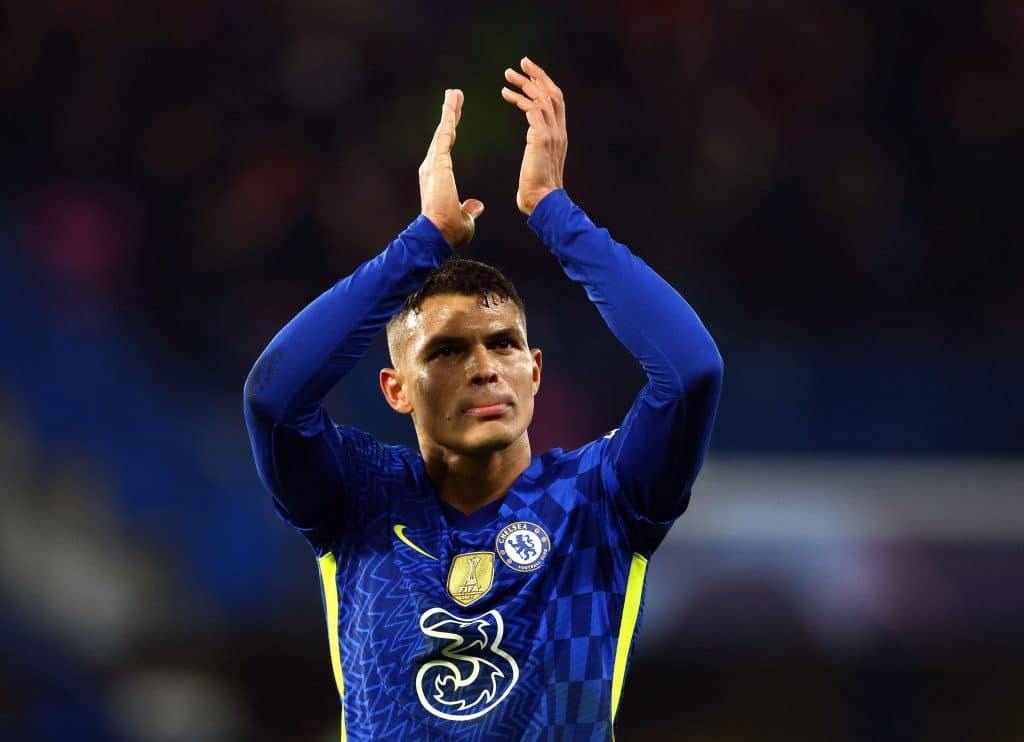 During the Carabao Cup final at Wembley between Liverpool and Chelsea late last month, there was a noticeable pattern that ran through the entire 120 minutes of football. It was the reason only a missed penalty by substitute goalkeeper Kepa Arrizabalaga gave the Reds victory under the arch.

Both sides were strong defensively, trusting in their back fours and holding midfielders; there was no lack of attacking intent, either, meaning it made for an exciting, pulsating spectacle from first to last. It showed just how evenly matched they were that neither side could find a goal from anywhere. On the surface, that may have appeared a let down given the amount of firepower Jurgen Klopp and Thomas Tuchel deployed; both looked to put an emphasis on their attack, with Tuchel in particular opting for a big call, dropping Romelu Lukaku in favour of the more nimble and subtle Kai Havertz. For all intents and purposes, it promised to be an end-to-end encounter, and that is what it was, only both teams were as strong at the back as they were going forward. What occurred was an extremely entertaining stalemate.

When Virgil van Dijk plays for Liverpool with Fabinho ahead of him, that is to be expected. The evidence of his impact on the team’s style and effectiveness going forward was most stark last season, as he nursed a serious knee injury. Without his power, pace and positioning affording them the ability to play a high line and let their fullbacks push up and feed their front three, pretty much every aspect of the tactical philosophy Klopp espouses was rendered ineffectual.

It is easy to forget the level of crisis which engulfed the club without him; a 68-game unbeaten run at Anfield gave way for six straight defeats. Only a late resurgence saw them qualify for the Champions League; since he’s returned with no ill effects, normal service resumed for Liverpool.

Chelsea have a player in their ranks who plays as vital a role when he’s on the pitch. Thiago Silva may not be as important to setting up attacks as van Dijk, but he ensures balance in the Blues’ play and allows pressing and movement ahead of him. When he is in place, his teammates have the confidence to step up the pitch, and play through the likes of Havertz, Mason Mount and Christian Pulisic. Reece James’ return from injury from timely at Burnley on Saturday; at half time at Turf Moor, there was a sense of frustration. Chelsea were struggling to unlock the Clarets, but a slight change of emphasis, enabled by the composure of Silva and N’Golo Kante quickly led to an 4-0 victory.

Reliance on the 37-year-old Brazilian has never been widely accepted. There were some questions over his signing in the summer of 2020; after leaving PSG on a free transfer in the wake of their Champions League final defeat to Bayern Munich, there were critics of Chelsea’s decision to pounce. Under Lampard, their perception as a club that stacked talent and ignored youth development flipped on its head, but dissenting voices suggested Silva would only slow the team down. With the best years of his career behind him, the assumption was he wouldn’t have time to acclimatise to the rigours of English football.

While Lampard’s reign had its problems, securing Silva was a stroke of genius. He added that crucial element of know how and experience to the squad, which had become populated by younger players. As for the accusation that he is on the decline, he remains as quick and sharp as he was 10 years ago. Reuniting with Tuchel, his last manager in Paris, has only helped him thrive. While the likes of Mount and Havertz have become the face of Chelsea in recent years, Silva has been a quiet, guiding voice. The sort you’d only notice if they weren’t there.

There are two rather pertinent examples of this; at AC Milan, where he made his name in Europe, he helped guide them to an 18th Serie A title in 2011, only their second in the 21st century. Once he departed for PSG, Milan spiralled; there were many other factors in that, but rarely was he mentioned. He moved to Ligue 1 at the same time as Zlatan Ibrahimovic, who took more of the acclaim, but time showed him importance.

For Brazil, too, it is a similar story. Their exit as hosts of the 2014 World Cup to Germany is infamous. It was worldwide humiliation in Belo Horizonte, with genuine repercussions. The Brazilian public had protested hosting of tournament, saying public money would be better spent on the country’s infrastructure; only lifting a sixth title would appease them. Things were going well until both Silva and the team’s talisman Neymar were forced out of the semi final. Germany won 7-1 and, once again, Neymar’s name was singled as as being crucial, but the erratic nature of the defence that day was obvious.

They say every great artist isn’t truly appreciated until they are gone. Although Thiago Silva is not somebody who brings joy and entertainment on the football pitch, he is vitally important to helping those who do to thrive. Blending into the background to do his best work, he has shown his quality at Chelsea, but not only that, he’s proven he’s still got it even as retirement edges closer. When he does eventually stop playing, everybody will miss him.

The post Enjoy understated Thiago Silva while you can appeared first on Colossus Blog.