The regulated gambling industry of the United States reportedly had an estimated aggregated value north of $215 billion last year with this number only set to grow as even more of the nation’s jurisdictions legalize iGaming and sportsbetting.

This figure was revealed via a Tuesday report from the online news source at PlayUSA.com to place the sector’s economic significance above the combined worth of the 32 franchises of the National Football League (NFL) and the merged gross domestic products for the states of South Dakota, Wyoming, Montana and North Dakota.

PlayUSA.com explained that its own investigation arrived at this colossal valuation after conduction an investigation that factored in the aggregated worth of everything from commercial and tribal casinos to retail and online sportsbetting. The source went on to detail that the figure, which also encompassed the economic significance of poker, lotteries and slots, is more than double the United States’ annual foreign aid budget and well beyond the $34 billion President Joe Biden recently committed to spending on his student debt forgiveness plan.

Alan Feldman (pictured) from the University of Nevada Las 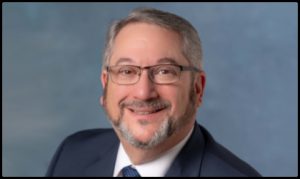 Vegas’ International Gaming Institute reportedly told PlayUSA.com that the success of a legal and regulated gambling industry in the United States was pre-ordained as even the nation’s earliest immigrants enjoyed a flutter while passing the time on ships crossing the Atlantic Ocean from Europe in the 1500s. The experienced figure previously served as a spokesperson for casino giant MGM Resorts International and purportedly disclosed that the domestic gambling sector’s combined worth will grow even higher as sportsbetting and iGaming are rolled out across even more states.

“This number sounds right and does not surprise me because the gambling industry led by the casino and tribal casinos has come to realize that this is a lot of fun if you give people a reason to come and a reason to stay and relax and enjoy themselves. This can be and in point of fact should be a very healthy and fun activity.”

PlayUSA.com declared that it valued the United States’ lottery market last year at around $105.2 billion while its collection of 466 commercial casinos earned a figure of approximately $53 billion. It stated that this was joined by roughly $39 billion for the country’s tribal gambling establishments, $12.2 billion in total parimutuel wagers and an impressive $5 billion from California cardrooms.

The source pronounced that its examination additionally 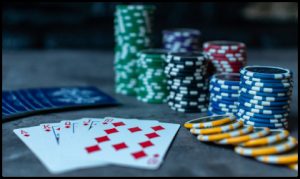 determined that the 15 largest companies active in the United States’ gambling market have a combined value of something like $79.1 billion led by giants such as Las Vegas Sands Corporation at $27.7 billion and Wynn Resorts Limited at $6.6 billion. However, the news domain admitted that this figure could be misleading as some of these firms do ‘a significant portion of their business overseas’ with its finishing tally moreover avoiding large overseas players including live-dealer online casino games developer Evolution Gaming Limited at a perceived $16.2 billion and London-listed Flutter Entertainment at an estimated $21.8 billion.

A response from Feldman reportedly read…

“I don’t know that I would say there’s a ceiling to the economic value of this industry because it’s continuously growing and changing and finding new ways to engage people but the threat to the online folks in particular is either bad management or out-and-out dishonesty in sportsbetting in particular. The moment you hear that those outcomes were manipulated by something and the operator didn’t catch it, that’s going to be a major problem.”