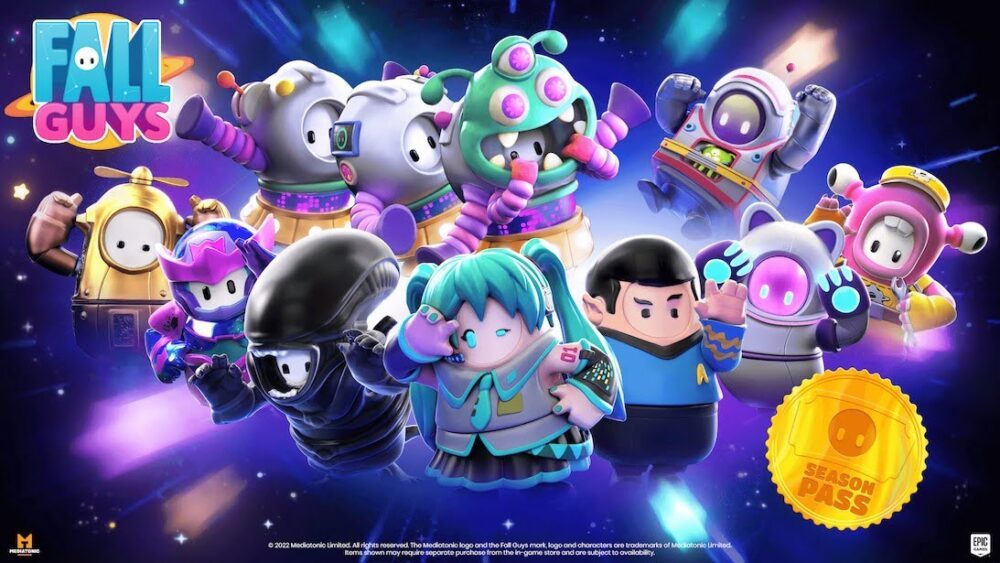 New rounds have been added with the season, all being space themed.

Alongside the new rounds comes a new Season Pass (battle pass) where you can unlock new skins. And there are three cross-over costumes for your stumbling chums. You can dress them as the Xenomorph from Alien, Spock from Star Trek, and vocaloid idol and race queen Hatsune Miku. Quite the trio.