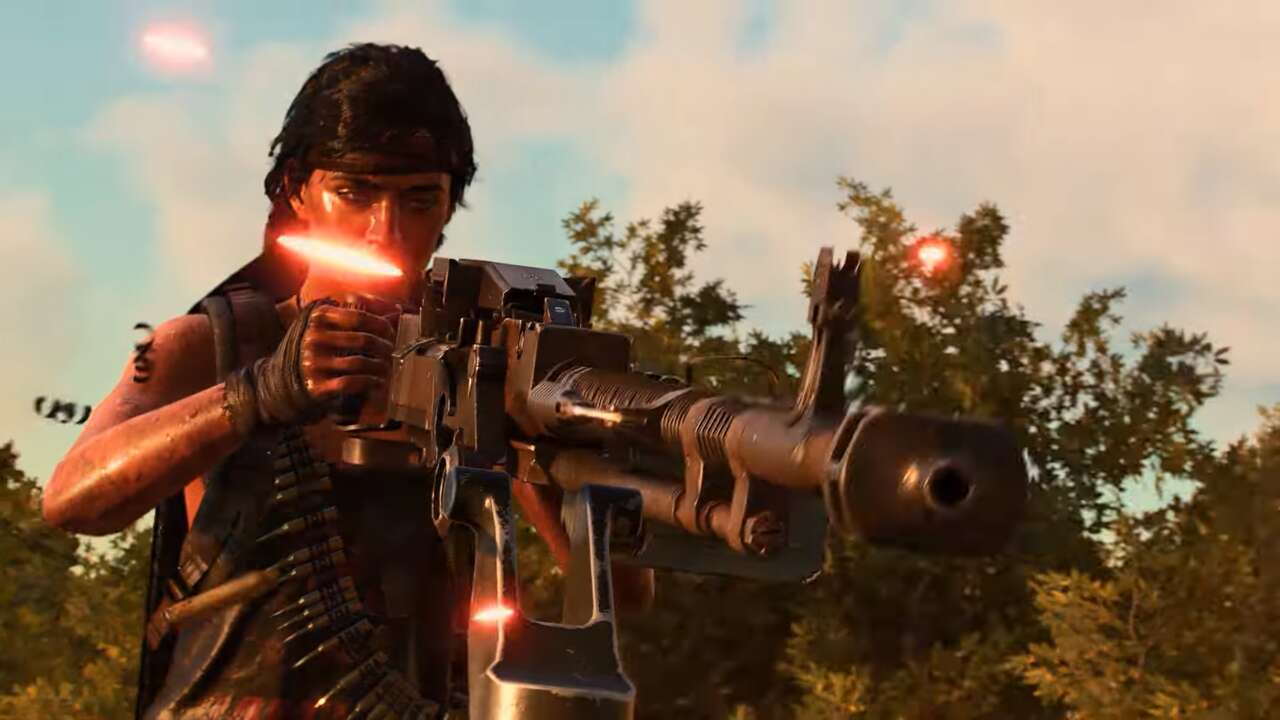 A new free mission is coming to Far Cry 6, combining the game’s sun-soaked world with yet another action hero. Titled “All The Blood,” the mission brings Rambo to Yara and gives players a brand-new deadly weapon upon completion.

The mission, which players can find in the world of Yara starting today, adds a Rambo superfan to the game who needs Dani’s help. Following them will lead players on a mission packed with stealth and combat sequences as they attack enemy bases. Finishing All The Blood will reward players with one of Rambo’s iconic weapons, the Vengeance Bow, which shoots explosive arrows that can devastate regular enemies and heavy vehicles alike.

Real-life Rambo superfans can also purchase a new Rambo bundle starting today. Packed with themed goodies, including a new outfit for Dani, as well as new weapon and vehicle skins.

Along with another free expansion, Far Cry 6 is set to get at least one more paid DLC as well. Capping off the game’s season pass is Collapse, the final expansion in a series that gave players control over the Far Cry franchise’s past villains. Collapse will focus around Far Cry 5’s cultist leader Joseph Seed and is set to release in March.