In Macau and the former boss of local junket operator Suncity Group has reportedly asserted that every one of the enclave’s licensed VIP gambling lounges had offered some form of illicit ‘side betting’.

According to a report from Inside Asian Gaming, the contention from Alvin Chau Cheok Wa (pictured) came as part of the businessman’s trial on charges that he had been locally engaged in money laundering and the promotion of illegal gambling services. The source detailed that the 48-year-old was one of eleven people arrested by Chinese police in November and subsequently transferred to Macau’s Coloane Prison pending the start of his official prosecution.

Authorities in China reportedly later detained a further ten individuals on analogous allegations with the trial of the 21 defendants involving some 10,000 pages of evidence having kicked off from September 2. Macau’s Public Prosecutions Office is now purportedly contending that this group profited by running illegal gambling activities including ‘side betting’, which is said to involve punters surreptitiously placing much larger bets than would be represented by the chips on a gaming table. 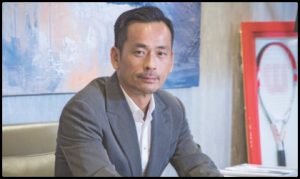 However, Chau reportedly told prosecutors that ‘side betting’, which is moreover locally known as ‘betting under the table,’ was widespread within VIP gambling lounges run by junket firms at casinos located across the former Portuguese enclave. The past executive purportedly declared that the illegal practice had occurred ‘in all the VIP halls and the halls of the concessionaires in Macau’ and had usually involved the participating punters being surrounded by ‘many people.’

“There would be law enforcement officers who would come to the scene to evict customers or ask them if they were involved in betting under the table but betting under the table is a promise made verbally between the gambler and the junket. Whether the verbal promise is a cash transaction or not, whether it is legal or not, I am not a legal person and cannot answer that.”

Despite this admission, Chau reportedly maintained his innocence by insisting that he was ‘not involved in gambling with customers’ and had only been concerned with running Suncity Group and ‘not familiar with gambling.’ Junket firms in Macau purportedly receive a commission for promoting partner casinos to wealthy foreign gamblers including those from mainland China while simultaneously handling such VIP’s travel, accommodation and banking or credit needs for amounts that can often run into the millions of dollars. 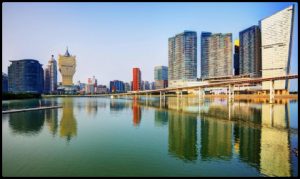 Inside Asian Gaming reported that Chau furthermore maintained his innocence when it came to allegations that he had facilitated access to online ‘proxy gambling’ services in Macau. Said to be particularly popular at venues in the Philippines and Cambodia, such activities purportedly involve the use of technology such as audio headsets and video links so as to allow punters to remotely place wagers within land-based casinos via cooperating stand-ins.

Chau reportedly told prosecutors that Suncity Group had avoided running ‘proxy gambling’ at its locations in Macau but had historically offered such amenities at its lounges in the Philippines. The businessman purportedly stated that these activities are legal in this archipelago nation with his former company serving as ‘a global agency service’ that had utilized telephonic communications ‘to help customers place bets’ in lieu of running its own casinos.