Reliable leaks in the Fortnite scene point toward a planned collaboration with the upcoming Uncharted movie.

Fortnite Battle Royale constantly pushes the limits of its crossovers with other recognizable properties. Anyone who has touched the game in the last two years should know what Epic Games is building. Since 2019, Fortnite has inked collaborations with Halo, Tomb Raider, Terminator, Marvel, DC Comics, Gears of War and much more. If there’s one thing we’ve learned, it’s that Epic knows no boundaries regarding partnerships in the evolving Battle Royale genre.

Yesterday, following the release of patch v19.20, prominent Fortnite data miners uncovered evidence that suggests a collaboration with Uncharted–an upcoming movie based on the hit PlayStation video game series. The film stars Tom Holland of the latest Spider-Man trilogy as Nathan Drake, and we could soon see the actor appear in Fortnite once again.

A Week 11 Challenge goes live on the 17th that says “Collect Treasure using an Uncharted Treasure Map” and the Uncharted movie releases the next day, so here’s a possible collab!

Fortnite fans have witnessed consistent collaborations over the years; some are minor, while others factor heavily into the game’s storyline and in-game experience. The rumored Uncharted crossover seems to be much more than just cosmetics.

A well-known leaker in the scene – HYPEX – provided insight into what Fortnite players can expect. In a tweet posted yesterday, the leaker noted a week eleven challenge that says, “Collect Treasure using an Uncharted Treasure Map.” 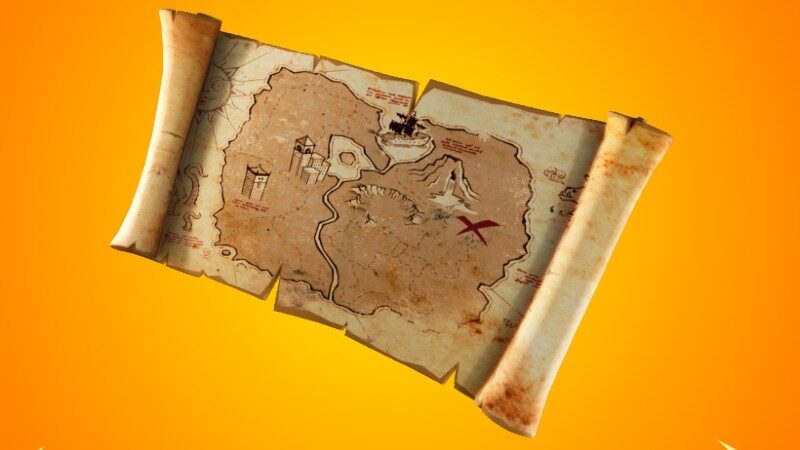 This new Treasure Map item significantly factors into Fortnite’s gameplay; following the map leads to a Treasure Chest that drops four legendary weapons, healing items, materials, ammunition, and gold. Players that have been around the scene for some time might remember the Buried Treasure map from Chapter 1 Season 8. The Uncharted appears to function similarly, although the new version seems more generous regarding the loot players receive.

Epic Games likely agreed to bring Nathan Drake into Fortnite as a wearable outfit as well. Perhaps Mark Wahlberg or Sophia Ali, who portray Victor Sullivan and Chloe Frazier, could also appear. However, the leaks did not confirm or deny this theory.

Be sure to check back with ESTNN for more Fortnite news and updates!