In the United Kingdom and online casino operator Genesis Global Limited has been fined £3.8 million ($5.1 million) after being found culpable of ‘significant’ shortcomings in its required anti-money laundering and social responsibility protocols.

The regulator used an official Thursday press release to declare that the enterprise behind a portfolio of 14 iGaming domains including CasinoCruise.com, Sloty.com, CasinoPlanet.com and GenesisCasino.com had its local license suspended in July after an investigation uncovered ‘a number of compliance issues’. However, the watchdog pronounced that this certification was reinstated some three months later following the operator’s initiation of ‘significant compliance improvements’.

Nevertheless, the Gambling Commission stated that its careful investigation of Genesis Global Limited continued and has now resulted in the hefty fine and a formal warning as well as ‘an additional licence condition’ that the online casino operator conduct ‘further auditing.’ The regulator proclaimed that this penalty shows just how prepared it is to utilize all of the tools at its disposal ‘to ensure consumer safety’ across all iGaming sites certified in the United Kingdom.

Helen Venn serves as the Licensing and Compliance Executive Director for the Gambling Commission and she used the press release to assert that examples of Genesis Global Limited’s social responsibility failures had encompassed ‘not carrying out any meaningful responsible gambling interactions’ on the accounts of a number of punters. The former investigative lawyer explained that one of these cases had seen the operator permit a customer to wager in the region of £245,000 ($328,000) over a three-month period despite knowing that they earned an annual salary of approximately £30,000 ($40,000). 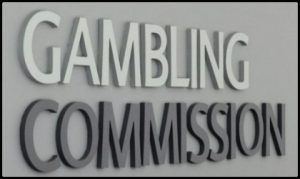 Limited had furthermore been found guilty of ‘money laundering failures’ including one instance where a customer had been permitted to deposit over £1.3 million ($1.7 million) and lose about £600,000 ($804,000) without any source of funds checks. The watchdog emphasized that this punter had earlier provided the operator with a bank statement showing deposits to the value of £23,000 ($30,800) in addition to outgoings of around £27,000 ($36,200), which it claimed was ‘clearly not enough to support the level of gambling.’

Read a statement from Venn…

“All gambling businesses should pay very close attention to this case. The Gambling Commission will use all tools at its disposal to ensure consumer safety and that extends to stopping a business from actually operating. Failing to follow rules aimed at keeping gambling safe and crime-free will never be a viable business option for gambling businesses in Britain.”