From the rainforest to a desert, Genshin Impact Version 3.1 releases later this month on September 28. It’ll expand the already massive Sumeru with sand and new characters. The desert of Sumeru will join the lush rainforest we explored in Version 3.0. This beautiful new area will be accentuated with three new playable characters. Candace, Cyno, and Nilou join the game as playable characters when Genshin Impact Version 3.1 drops, and they’re bringing the heat.

The desert of Sumeru may seem abandoned and barren, but there are many sights to explore and enemies to defeat. The desert is also home to Aaru Village, “the largest settlement and a solid fortress for Desertfolk.” Many scholars exiled from the Akademiya reside there, making it a highly intellectual place for different minds and walks of life to come together. While the Traveler is off dealing with the Akademiya, it seems like the Fatui Harbingers Dottore and Scaramouche have their sights set on the desert.

An adventure to the desert

Let’s talk about the three characters we’ll get to know in this version. Candace, a half-blood descendant of King Deshret, wields a polearm, Hydro Vision, and mighty shield to protect her allies. She can block incoming attacks and absorb damage with her shield, and she can leap upwards as well. Nilou, who we saw in the first act of the Archon Quest, will also be a playable character, using her elegant dancing to disorient her enemies.

Finally, we’ll meet the General Mahamatra Cyno, who wields the power of Electro. He calls upon a divine spirit to accompany him, and ir will attack alongside him while also infusing his attacks with the Electro element. These characters are coming soon and will be available once Genshin Impact Version 3.1 drops on September 28. Check out HoYoverse’s Playstation blog post for more information on the upcoming update. 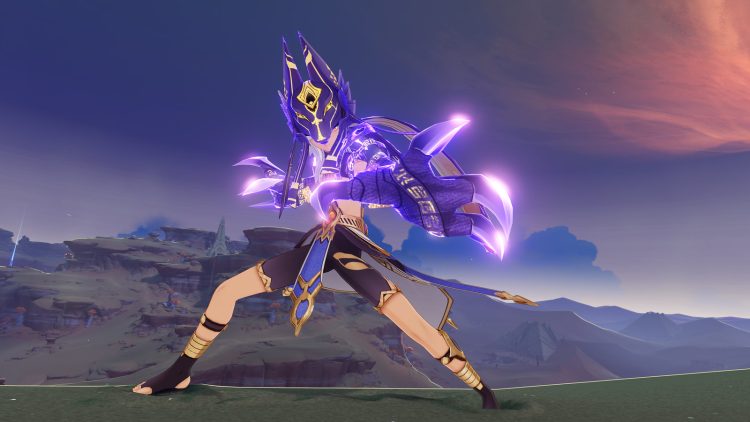