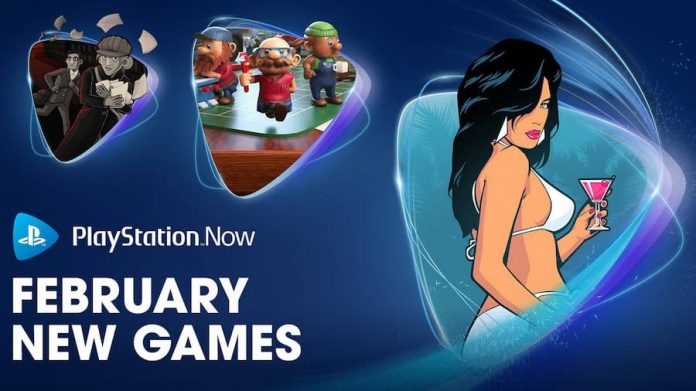 Hurrah.. sort of. Because, in case you missed the controversy, Grand Theft Auto: Vice City – The Definitive Edition isn’t as definitive as developers Rockstar and Grove Street Games have claimed. It’s missing music tracks that were present in this 80s-themed open world game’s original 2002 release, so calling it definitive is a stretch.

The good news is that an awful lot of the issues, wonky textures, weird physics and so forth, that plagued this remastered version of Vice City have been fixed. And, while Grand Theft Auto: San Andreas – The Definitive Edition is on Xbox Game Pass, Playstation Now already has the definitive edition of Grand Theft Auto III. That means you can play two of the three original 3D trilogy through PlayStation Now.

Aside from Grand Theft Auto: Vice City – The Definitive Edition, another three titles are available on the service – Little Big Workshop, Through the Darkest of Times and Death Squared. The former is a factor management game which, surprisingly, actually has you treating your workers fairly. We got our hands on it back in 2019, calling the cutesy sim “a joy to play”.

We’ve yet to play Death Squared, which is a robot-based puzzler that encourages co-op, but we have played Through the Darkest of Times. Did we enjoy it? Not exactly, but that’s not because it’s a bad game. Set in 1930s Germany, it sees you rebelling against the National Socialists party – better known as the Nazi Party- and while it’s an important game you can expect it to make you very uncomfortable.

All these will be playable on PlayStation 4 and PlayStation 5 and, unlike PlayStation Plus, the games won’t leave the service at the end of the month. That said, PlayStation Now games, like Xbox Game Pass titles, can be removed later.