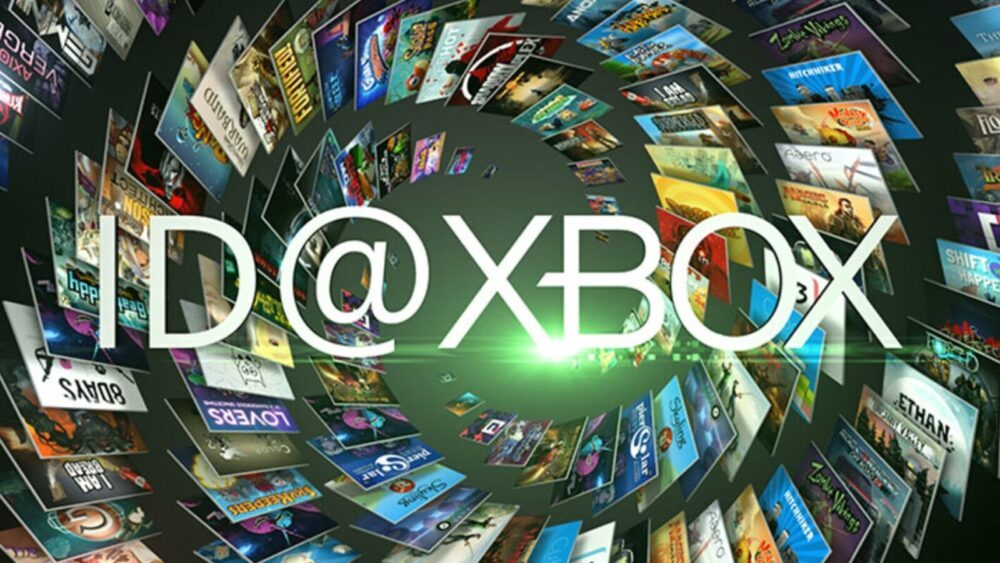 ‘Tis the week of showcases, it seems, and following Nintendo and Sony’s efforts last night, Microsoft has taken its own turn today with another one of its predominantly indie-focused ID@Xbox digital showcase events. And if you missed its typically meandering reveals, you can check out everything that put in an appearance, considerably more succinctly, below.

Eville is a multiplayer social deduction game from developer VestGames that’s coming to Xbox One, Xbox Series X/S, PC, and Game Pass on 11th October. It sees up to 13 players working together – or otherwise – in order to unmask Conspirators hiding in a village beset by murders. Those cast as Villagers must weed out the suspects by day, while those in the role of Conspirators can decide who should be bumped off next by night.

Developer WildArts’ light-hearted adventure Born of Bread serves up a blend of Paper-Mario-like exploration and turn-based combat in which players – in the role of a flour golem – must travel the world, from the mysterious ruins of the Forest of Roots to the bustling metropolis of South Munch City, in order to save it from chaos. It all looks very adorable and will be coming to Xbox and PC at some currently unspecified future date.

Homestead Arcana is yet another entry in the increasingly overloaded farming sim genre, but this one – from developer Serenity Forge – is aiming to shake things up by giving proceedings a more magical twist. Players take on the role of a farming witch who pioneers, cultivates, and crafts spells in order to restore a corrupted realm besieged by a force known as Miasma. It’s coming Xbox and PC – as well as Game Pass on Day 1 – sometime next year.

And more from Skybound…

Homestead Arcana is one of four games from publisher Skybound confirmed to be coming to Game Pass, with 90s-inspired adventure Big Con, puzzle-platformer Rainbow Billy, and Telltale Games’ The Walking Dead: The Final Season all joining the service “this year”.

Song of Iron 2 is the second instalment in developer Resting Relic’s Nordic-set action-adventure series, and promises plenty of “visceral, merciless, run-and-gun melee combat” as players navigate a dark-fantasy landscape in order to unite the region’s clans and prepare for the coming war. There’s no release date for this one just yet, but expect more details in due course.

Turnip Boy Robs a Bank, the sequel to Graffiti Games’ Turnip Boy Commits Tax Evasion (which Eurogamer’s Christian Donlan thoroughly enjoyed when he played it earlier this year), sees the titular root vegetable teaming up with the fearsome Pickled Gang to stage the “weirdest heist of all time”. It’s coming to Xbox, PC, and Game Pass sometime next year.

Developer Yellow Dot’s Let’s Cook Together 2 is bringing another serving of culinary co-operative action to PC and Xbox this autumn, this time pitting players against a dystopian food government known as Nutri Inc.

Call of the Wild: The Angler

Call of the Wild: The Angler (from Expansive Worlds, the developer behind theHunter: Call of the Wild) does pretty much exactly what you’d expect – giving players the tools they need to embark on some serious fishing hijinks as they roam a vast open-world in search of the perfect fishing spot on their journey toward becoming a master angler. This one’s out now on PC.

Ghostbusters: Spirits Unleashed, which comes from Predator: Hunting Grounds developer IllFonic, is an asymmetric multiplayer game giving four players the opportunity to strap on proton packs and hunt down spectral nuisances controlled by a fifth player. There are cosmetics and upgrades to unlock, online and local play is supported, and there’s even an AI-driven solo mode. This one’s out on Xbox, PC, and Game Pass on 18th October.

If it’s spiders with laser swords you want, look no further than SpiderHeck – a “fast-paced couch co-op brawler” that combines frantic web-swinging parkour and chaotic battling as players, either alone or in teams, battle to be the champion of the SpiderHeck arena. Alongside PvP, there’ll be a wave-based solo and multiplayer PvE mode when SpiderHeck comes to Xbox and PC on 22nd September.

Shoulders of Giants is an “explosive sci-fi rogue-like” in which a sword-wielding robot and gunslinging space frog blast their way across a randomly generated landscape – combining handcrafted level design with procedural generation – in an attempt to restore “life and light to the shattered worlds”. It features co-op for up to four players, and a “best friend” mode that’ll let one player control the frog and another control the robot. It’s coming to Xbox One and Xbox Series X/S “later this year”.

Musical shooter Metal: Hellsinger is an absolute belter, having only just earned itself a Recommended badge on this very website. “A lean and tightly-restrained mashup of more than just Rock Band and Doom”, is how Chris Tapsell put it in his review, and you’ll be able to strut and strum your way through its carnage when it launches tomorrow, 15th September, on Xbox, PC, and Game Pass.

Moonscars is a bleak action-adventure from developer Black Mermaid, set in an “unforgiving, non-linear 2D world”. It casts players as a fierce clayborne warrior known as Grey Irma, on a quest to locate the mysterious Sculptor – a journey that takes the form of a Souls-like Metroidvania. It’ll be available on Xbox, PC, and Game Pass from 27th September.

You Suck at Parking

A “racing game where your goal is to stop”, You Suck at Parking’s 100 increasingly difficult levels challenge players to careen around courses and screech to a halt in a minuscule parking spot as quickly as possible. It’s playable solo and in multiplayer, with global leaderboards for those that want to try for parking supremacy, and developer Happy Volcano says it’ll be “ever-growing [and] always-expanding”, with new cars, biomes, customisation options, and even a level editor promised for the future. It’s out today on Xbox, PC, and Game Pass.

If you’ve ever lost hours to the likes of Rimworld and Dwarf Fortress, you might want to check out Developer GSQ Games’ Amazing Cultivation Simulator – a strategy sim/management game inspired by Chinese mythology. The goal is to rebuild your sect and train new disciples – researching magic and gathering mystical artifacts along the way – as you continue along your path to spiritual ascension. It’s been out for a while on PC, but joins PC Game Pass today.

For something a whole lot more minimalist, there’s Ynglet – a “floating non-platformer” sporting a “highly reactive and dynamic soundtrack”. It’s out now on Xbox.