With an ever-changing map, there’s a lot to catch up on after each patch in Fortnite. There are always new challenges, new map locations and more being added each week. This week, we’re getting both new challenges and a revamped map. One of the things players can do is open up the Vault to get their hands on some very nice loot. This involves hunting down the keycard to actually open the door. But if you’re not prepared, this can be dangerous.

One of the new challenges this week is to find the Keycard in Covert Cavern in Fortnite. You need to loot this off of the corpse of a particular NPC, the Brute. This tough guy is a pretty big challenge if you’re not well-armed, so you may want to grab some weapons first. So get out there and try to get a few powerful rare drops first, then start hunting down the Brute. Grabbing a couple healing items can’t hurt either.

How to get the Keycard in Covert Cavern in Fortnite

So where do you find the Brute? P19.20 introduced the Covert Cavern POI, that’s where you can find him. This new POI can be pretty easily found, as it’s marked on the map. Covert Cavern can be found just to the northeast of Camp Cuddle. The IO Brute will be patrolling around that area. 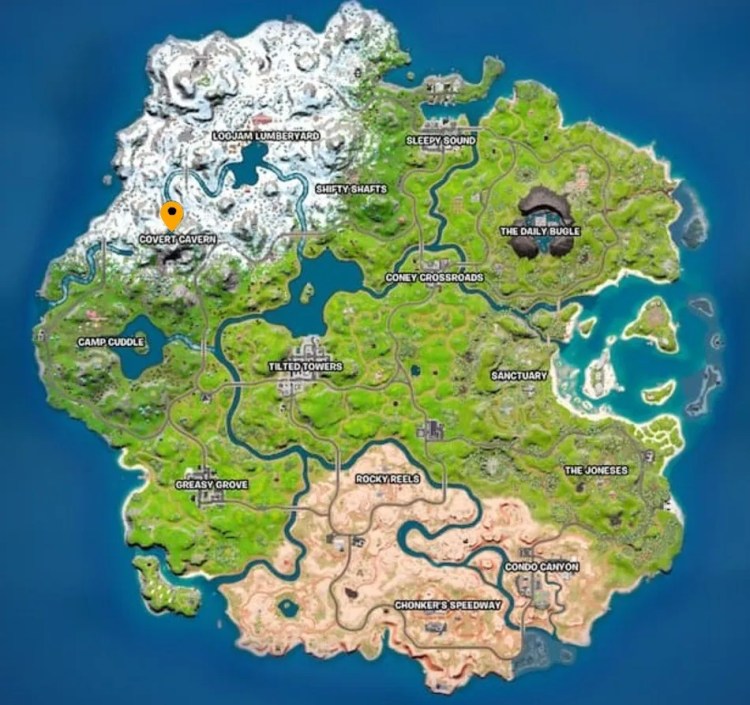 The Brute has 650 health, along with 650 shields, making him quite the bullet sponge. Just hit him with everything you’ve got when you find him. Be sure to take him on with no players around. A lot more competitive players will rush in and kill off a player taking on the brute or another NPC. That’s an easy way to eliminate someone while theyr’e distracted. So if you’re worried about that, make sure to clear the area around the NPC of players first before taking them on.

Once you grab the keycard from their loot, you will be given a marker on the map that shows where to go to find the actual vault.