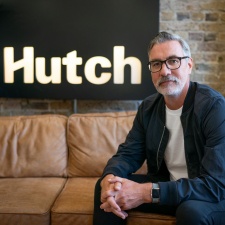 Mobile games developer Hutch has agreed to participate in a trial of a four-day working week for a six month period.

According to The Guardian, starting in June Hutch will be shifting to a four-day model for its 120 employees who will work a 32-hour week instead of the standard 40 hours. Despite the decrease in hours, all employees will retain their full salary with no reductions.

The trial is being overseen by researchers from Cambridge and Oxford universities, as well as Boston College in America and thinktank Autonomy. The four-day working week has gained traction following the growing reflection as a result of the pandemic on the work-life balance of individuals. This pilot study is being overseen by non-profit 4 Day Week Global.

The cause for change

Hutch co-founder and chief executive Shaun Rutland has stated that he started Hutch with an emphasis on a “no-crunch” culture that embraces a hybrid working model, contrary to certain areas of the games industry that are heavily reliant on increase hours during crunch periods to release games by deadlines.

The aim of the four-day week is to create a “more sustainable working environment” that will in turn increase the efficiency of the team, in addition to providing a “positive impact” on staff health from reduced hours.

We recently spoke with Armor Games CEO John Cooney about the need to combat pandemic stress and anxiety, the hard work establishing a new working routine, and moving to a permanent four-day working week structure.