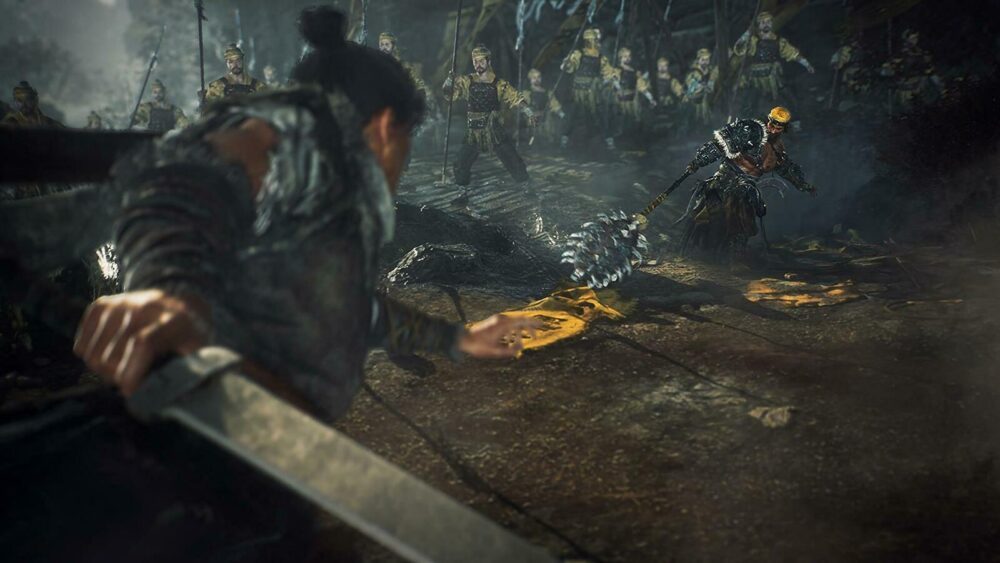 Over in Japan right about now the Makuhari Messe is thrumming, its halls filled with the hushed excitement of a Tokyo Game Show that’s approaching full swing after three years on the lowdown. It’s an odd feeling seeing it all unfurl from afar – one of the great privileges of my job in pre-pandemic years was attending the show for Eurogamer, and being on the ground in Japan as it celebrates its gaming industry really was every bit as wonderful as you’d imagine.

I’ve enough anecdotes over the years to fill a fairly sordid book, though to preserve the dignity of those involved – and myself – very few of them will ever see the light of day (and I’m pretty sure Wes and Tom still haven’t forgiven me for the stress I put them through as they tried to drag me from a Shinjuku bar in the early hours of the morning to get our flight home).

Getting over there this year was always going to be tricky thanks to the overzealous bureaucracy surrounding border control at the moment, but it’s at least been possible to keep up with things from afar, whether that’s via this week’s Nintendo Direct or State of Play – both of which, the skewed expectations thanks to some wonky leaks aside, delivered some fun surprises – or publisher efforts to bring the show home. Over in Woolwich Square Enix just put on a fine show highlighting its frankly preposterous slate for the rest of 2022 – Diofield Chronicles! Harvestella! Crisis Core! Tactics Ogre – while Koei Tecmo just punted up a demo of the curious looking Wo Long: Fallen Dynasty, a fascinating hybrid of its musou heritage with Nioh’s Soulslike action.

The demo’s substantial, and has swallowed up a couple of evenings this week. I’d even go as far as to say it’s a properly generous thing, its walled off area – a colossal space full of vertiginous possibility enabled by the fantastical Chinese setting, and something that sets Wo Long apart from its predecessors – providing a satisfying standalone experience. It’s a promotional beat I’d love to see more of, and a welcome twist of this new situation we find ourselves in is that demos once built for show floors are now getting a wider audience. For Team Ninja, it’s a chance to gather some serious feedback as it gets this small slice – the first area the team developed as a proof of concept, I was told, and where Wo Long’s brand of martial arts-infused Soulslike action can be seen at its starkest – in front of millions.

And I’m grateful to get a taste of what’s on the showfloor at Tokyo Game Show from the comfort of my shed. Elsewhere this week Square Enix’s Harvestella just dropped a healthy demo on the eShop, something that’s also stolen a couple of hours of my time – indeed, all I’ve really been playing this week is public demos that have accompanied TGS, which reminds me of my formative gaming years when demos were pretty much all I had. When money was tight, why drop forty quid on something new when four would get you a neat magazine with a cover disc that let you play dozens of fresh games to explore.

I’d saved for a PlayStation but never had enough money for games, so almost my entire experience of that console was through demos. I’ve never played beyond the warehouse of the original Tony Hawk’s Pro Skater yet every inch of that level is etched indelibly in my mind (along with the sole Primus’ track that accompanied that demo). It’s one of my fondest gaming memories, and one I cherish just as much as those special trips to Sega or Treasure’s Japanese headquarters when I was lucky enough to be over for TGS.

So it breaks my heart a little that I’m not over in Tokyo for this year’s show, especially as it’s been one that’s delivered so much – from Radiant Silvergun to news, some seven years after Miyamoto first told Tom about it, of Pikmin 4. At least I’ve had a little of the show here with me thanks to those demos, and fret not because next week there’s a show on my doorstep I’m certain to attend. It’s EGX at Excel from next Thursday, of course. I’ll hopefully see some of you there – you’ll find me by the Street Fighter 6 booth, obsessing over another demo plucked from the TGS floor.