When thinking about Vampire: The Masquerade, a free-to-play battle royale shooter isn’t the first thing that comes to mind. Ensconced within the wider World of Darkness universe, it has a rich tabletop roleplaying history that has only recently kicked open the doors to a slew of video game adaptations. Most of them are narrative driven and RPGs, but Bloodhunt goes in a rather different direction.

If you’re wanting an immersive, story-driven game in the same vein as Vampire: The Masquerade – Bloodlines, then look elsewhere. Bloodhunt does a decent job introducing this lore-rich setting and many of its key concepts, but this is a frenetic third person shooter. One tapping on the veins of the battle royale genre while there’s still blood pumping.

Whether riding solo, or paired with one or two fellow vampires, you’ll descend on the city of Prague, running, gunning, and blood-sucking until you’re the last player(s) standing. Needless to say, if you’re a fan of Fortnite, PUBG, or similar battle royale games, you’ll have no problem learning the ropes. There’s a ton of overlap in Bloodhunt, from the types of weapons and gear available, to the closing ring of poisonous fog, helping to push players towards specific areas of the game’s giant map.

Strategic positioning and a steady aim are only part of the equation. You’ll need to forage Prague for equipment while also feeding on civilians to earn permanent buffs and stat bonuses. For example, gorging on one of these mortal NPCs can boost your melee damage, though clever vampires could be staked out nearby, waiting for an ambush. 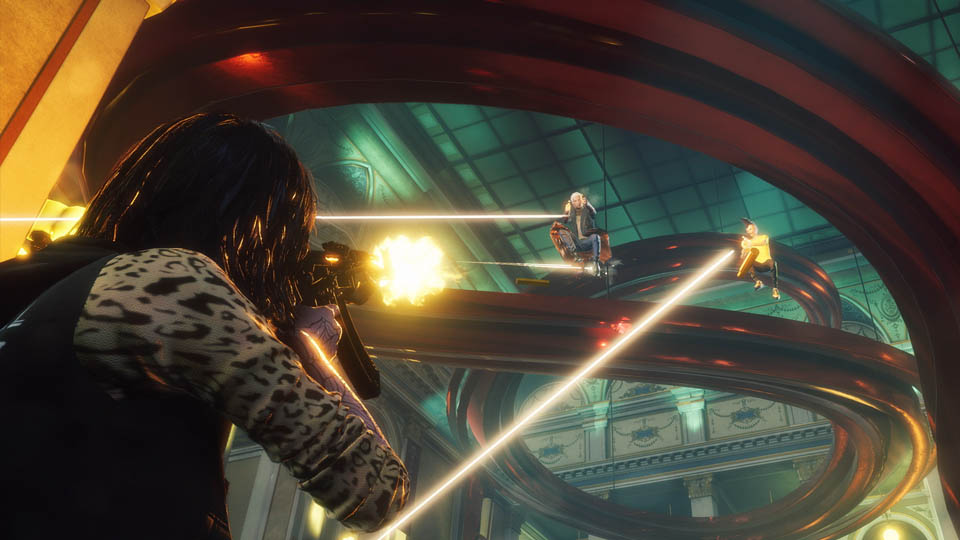 Developer Sharkmob has created its own twists and wrinkles within the battle royale blueprint. Although you only start each match with a pistol, you’ll also have access to abilities that are specific to your Archetype. Think of these as classes of heroes, inspired by the many warring vampire clans. Each has their own perks though the sneaky Nosferatu are a favourite when it comes to solo play.

Prague can host up to 45 players, its urban sprawl split across a patchwork of districts that each have their own landmarks and vantage points. There’s a great deal of verticality to the Czech capital, going hand-in-hand with each vampire’s ability to scale walls and leap between buildings. Much like Bloodhunt’s gunplay, traversal feels fluid, making it easy to get around and escape conflict should an enemy appear out of nowhere. However, there’s not much room for cat and mouse antics with each weapon packing a punch.

This becomes all too apparent during duos or trios, especially when rolling with a random team in matchmaking. These matches can last a matter of seconds if you don’t work together, scouting top tier gear and coordinating your attacks. For new players, going alone is definitely the best choice as you can respawn once per round – ideal for learning the game flow and getting a feel for each weapon. 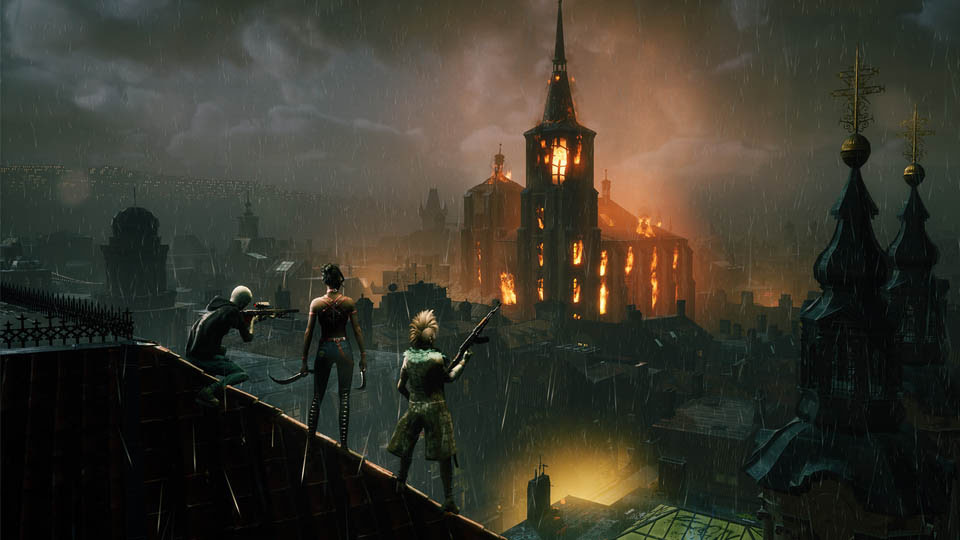 A good battle royale shooter needs a solid progression system – a reason to keep coming back. As you play Bloodhunt you’ll earn career and Archetype experience while also crossing off challenges and levelling up your battle pass. The amount of character customization here is pretty impressive and you’ll quickly unlock new outfits to dress your vampires in.

It’s an unlikely entry within the World of Darkness franchise, but Bloodhunt is enjoying a strong launch. Will it disrupt the battle royale genre? Probably not – by now fans are firmly invested in their online shooter of choice. However, those wanting a change of pace or a brief distraction should definitely check this out.