JoJo’s Bizarre Adventure: All-Star Battle R’s weighty combat is a bit of an acquired taste, but the sheer amount of fanservice on display will appeal to those who have a knack for the bizarre.

Be the first one !

Stands, Hamon, and other bizarre happenings come together once more with the release of CyberConnect2 and Bandai Namco’s JoJo’s Bizarre Adventure: All-Star Battle R. With 35 years of history (10 of those years animated!), do these JoJos have the mojo?

Released back in 2014, JoJo’s Bizarre Adventure: All-Star Battle set a solid foundation that covered all eight parts of the series (you can read our review of the PlayStation 3 version here). Not content with just a 1:1 port, All-Star Battle R makes sure to put the work in to earn that “R” at the end of its name.

Rather, this already fanservice-heavy game dives deeper into the anime and manga’s rich lineage to pull in countless other fan favorites. Ogre Street regular Robert E.O. Speedwagon, Stone Ocean’s Foo Fighters (sorry, F.F.), and Steel Ball Run’s Diego “DIO” Brando are just a few characters rounding out this one-on-one fighters’ rich roster. Whether you’re an anime junkie just catching up on Netflix or have all the manga on your shelf, this title will have players saying “di molto!” at the sheer tribute this title has to JoJo’s Bizarre Adventure’s rich legacy. 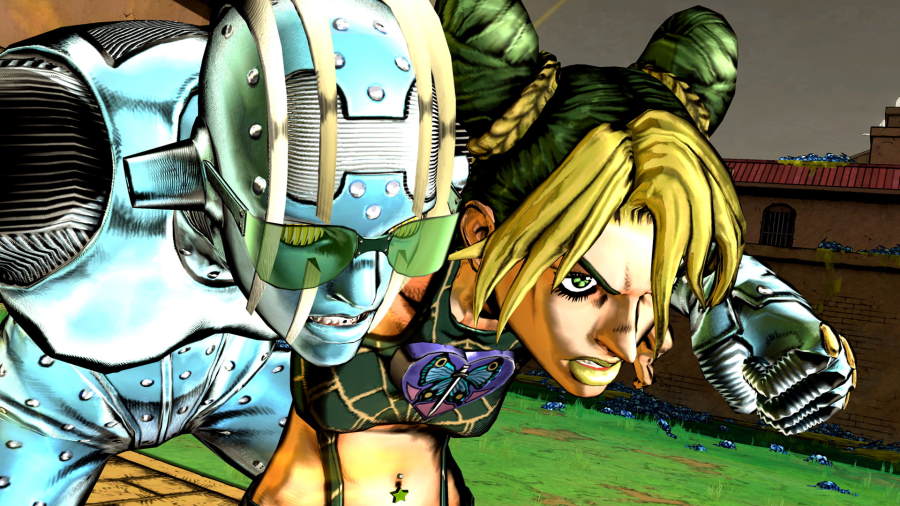 But how does it play? Rather than go the arena-style fighter route that CyberConnect2 is known for, All-Star Battle R puts the focus on one-on-one fighting action on a 2D plane. Combos are the name of the game, with three different attack buttons, a dodge, a style that varies on character type, and an assist all at your disposal. The other usual beats are there too – the Heart Heat Gauge can unleash “super” attacks Street Fighter fans have come to know and love, while its “Easy Beat” functionality allows for combos without too much effort.

It’s just a shame that the action is a bit of an acquired taste. Attacks hit hard; just one look at Star Platinum’s attack patterns will really make you feel the impact. However, this also causes characters to feel weighty, with even the most nimble characters feeling like they’re underwater. Those moving from Guilty Gear -Strive- to All-Star Battle R are in for a rude awakening when they aren’t able to pick up the pace. Note that this is far from a deal-breaker, but rather an alternate style of play.

Another point of contention in All-Star Battle R comes with the gimmicks each stage has. If you’ve yet to even start Phantom Blood, the manga panels and alarms won’t make much sense when they pop up. However, those who have seen frogs rain from the sky will know that these stage elements should be approached with caution. Much like Super Smash Bros. Ultimate, it is an acquired taste that some will love while others will quickly turn off. 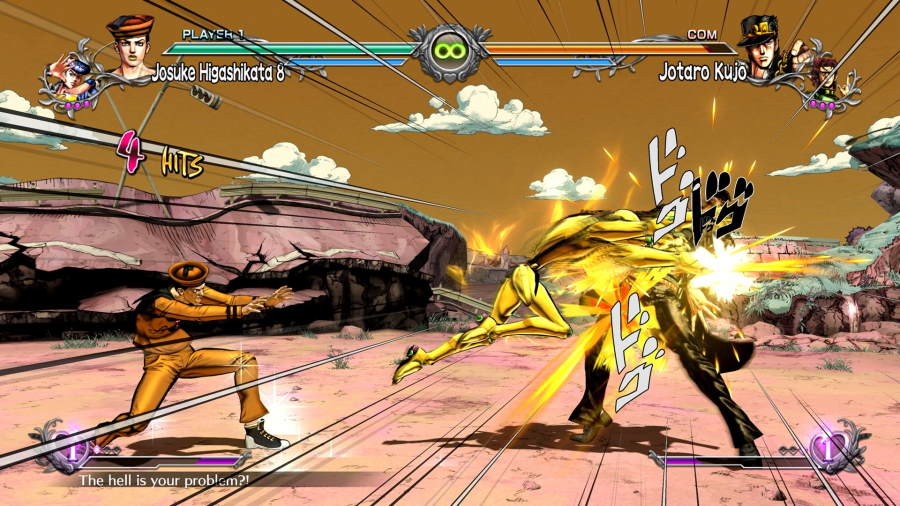 The suite of options are pretty par for the course – Arcade allows for a traditional Challenge Mode along with endless battles, there’s a fairly robust training mode, versus is available for those who’d like to bring a friend along, and Online Play tracks wins, losses, disconnects, and usage rates through its customizable Player Cards.

However, the biggest fans of Araki’s work will likely flock to All-Star Battle R’s aptly titled All-Star Battle mode. Set up in a manga-style panel fashion, it re-enacts the biggest battles from each part. Not a fan of reliving the past? Extra battles also allow for non-canon bouts – including some spicy ones like Pucchi versus Dio. Complete enough, unlock the boss battle, and prove your prowess. There’s also modifiers that make things interesting – a nice touch.

JoJo’s Bizarre Adventure: All-Star Battle R’s weighty combat is a bit of an acquired taste, but the sheer amount of fanservice on display will appeal to those who have a knack for the bizarre.

This review of JoJo’s Bizarre Adventure: All-Star Battle R was done on the PC. The game was purchased digitally.