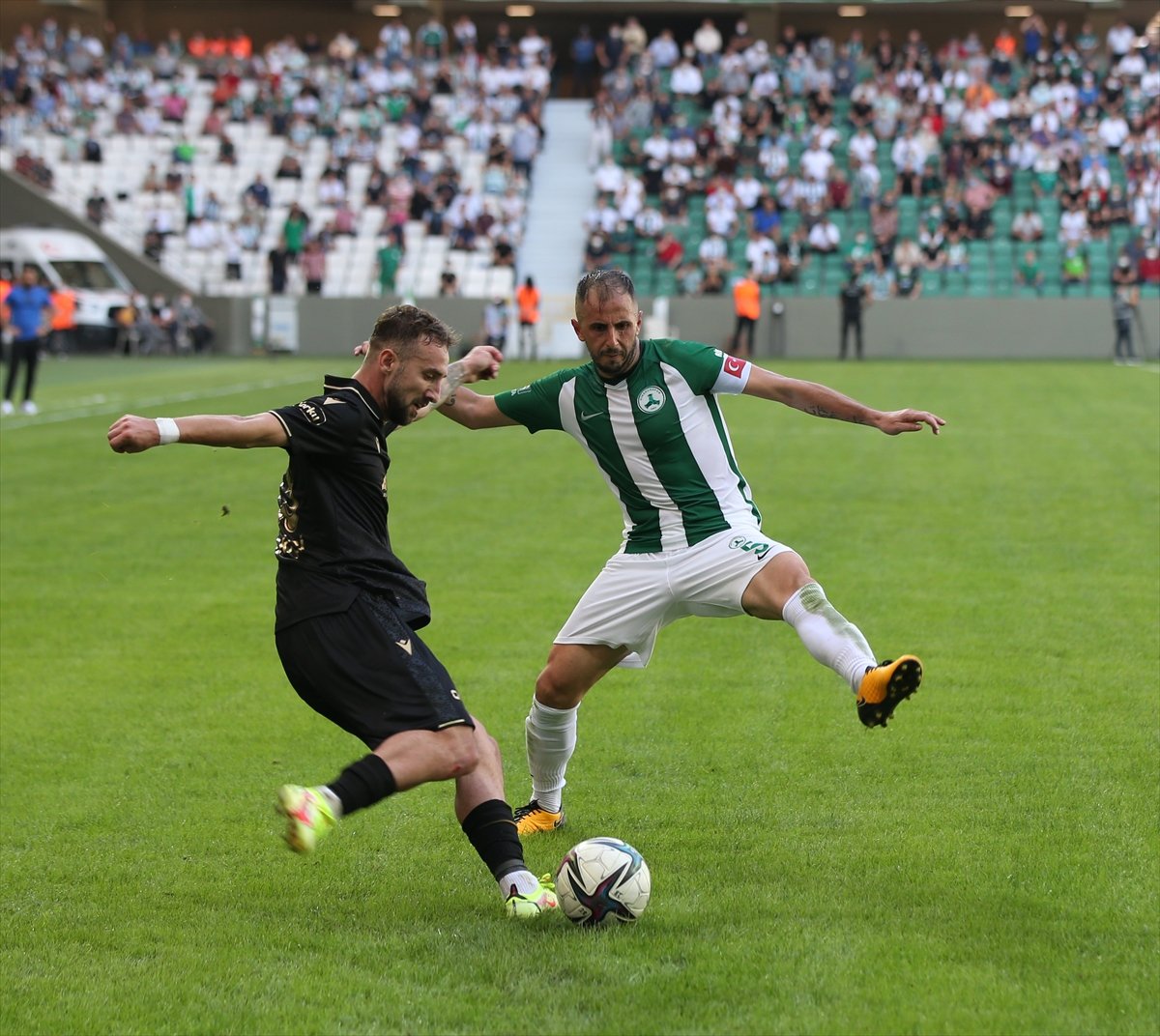 Giresunspor who currently sitting 16th in the Turkish Super Lig face a tough test on Friday as they make a trip to face Konyaspor.

Meanwhile, Konyaspor are in good form heading into this encounter, sitting second in the league, seven points better off than third place, but nine points behind league leaders Trabzonspor.

The hosts have lost just once in their last 10 matches across all competitions, and they continued their good defensive record last time out, keeping a clean sheet in a 1-0 victory over Altay.

Ahmed Hassan Koka sent in a penalty in the 67th minute to claim the three points for Ilhan Palut’s side, who have conceded only 16 goals in 22 league matches, the best record in the division.

After losing for the first time on the home turf last month, Konyaspor bounced back in their subsequent outing at the Konya Buyuksehir Belediye Stadyumu, making them strong favourites.

Despite scoring just two goals in their last two games, which have been enough to collect a maximum return on points in that time, Palut’s side will want to improve on their clinical edge in front of goal.

Meanwhile, Giresunspor need to bounce back after Alanyaspor defeated them 3-1 last time out, with two early goals from the visitors seemingly settling the game inside six minutes.

Giresunspor have been awarded the most penalties in Turkey this season alongside Trabzonspor, meaning that Konyaspor are likely to need to be extra disciplined.

Keles’ side have not only won penalties for themselves, but have conceded six this season, among the most in the Super Lig, suggesting there could be a spot kick or two in this encounter.

Supporters from both sides will be hoping for a more entertaining clash than the reverse fixture, which saw the game end in a goalless draw.

Konyaspor vs Giresunspor head to head

Konyaspor recently lost 1-0 to Sivasspor in the league. However, they have been on a good run of form at home, having been unbeaten in more than ten matches before that. In their last five matches, they have won four and lost one, scoring 5 goals and conceded just 1.

Konyaspor have recently kept a good run of form on the road, as they have been unbeaten in their last three away form. Their last defeat came on November 28 when they lost 3-2 to Gaziantep FK in the league. They have won four and lost one of their last five.

Giresunspor have recently kept a poor run of form at home, as they have lost in their last three matches. Their last home victory came on December 17 when they defeated Altay 3-1 in the league. In their last five matches, they have scored 7 goals and conceded 8.

Striker Artem Kravets returned to training but is unlikely to feature in this game. Goalkeeper Ibrahim Sehic picked up his fourth yellow card and will serve his one-match suspension.

Zymer Bytyqi, Sokol Cikalleshi, Adil Demirbag and Eray Birnican are all sidelined due to injury and will not feature on Friday.

Giresunspor’s Erol Akdag remains sidelined for the rest of the season with a cruciate ligament injury, but Emre Tasdemir and Douglas are both expected to return this month from muscle injuries.

Hayrullah Bilazer could be fit enough for a place in the bench, while Serginho will return after serving his one-match suspension.

We expect it to be a low-scoring contest on Friday with both teams holding good defensive records, but the hosts should have enough quality to defeat their opponents.

There is still much football to play in the remainder of the season, but we see Konyaspor hold onto this with a win.