FaZe have taken the lead in their series versus BIG, recovering from a 6-9 deficit to win Dust2 16-11. Strong showings from Russel “⁠Twistzz⁠” Van Dulken and Håvard “⁠rain⁠” Nygaard combined with two key clutches and an ace from Robin “⁠ropz⁠” Kool ensured victory for the international mixture, putting them just one map away from qualifying from the playoffs.

The team have also gained a second out in the event they end up losing the series, as they would now also qualify for the playoffs if G2 simply beat Outsiders.

G2 have secured a map one victory over Outsiders, leaving Dzhami “⁠Jame⁠” Ali‘s side reeling following a 16-2 battering on their own map pick to kick off the series. Ilya “⁠m0NESY⁠” Osipov and Nikola “⁠NiKo⁠” Kovač were at the forefront of the effort, posting 1.84 and 1.81 ratings respectively en route to victory.

The win edges G2 closer to confirming a spot at the top of Group B and booking a direct berth to the playoff quarter-finals, and adds a slight bit of hope to FaZe‘s own chances of making the playoffs. If G2 are able to take the series against Outsiders, FaZe will need to win just one map in their own series to secure a third place finish.

Finn “⁠karrigan⁠” Andersen‘s side remain locked into a tense battle with BIG on Dust2, the map pick of the German team, where Johannes “⁠tabseN⁠” Wodarz‘s side had held a 9-4 lead before FaZe took the final two rounds of the first half. Following the side switch though, the international squad have pulled ahead, winning six T side rounds in a row to take the lead 12-9.

19:00 Group B of ESL Pro League Season 16 is nearing its end in Malta, the final round of play set to determine the last team who will advance through to the playoffs. G2 and Outsiders are already assured of berths through to the bracket stage while MIBR and FTW are firmly out of contention, which leaves world No. 1 FaZe locked in to a battle with BIG for the final spot.

The IEM Cologne champions had the chance to secure a spot at the top of the group when they took on G2 on Saturday, but were unable to overcome an inspired performance from m0NESY and his team. The young Russian star has truly begun hitting his stride following G2‘s recent roster changes, which have also benefitted the performance of the Kovač cousins, proven by the team’s so-far flawless run through their group in which they have yet to drop a map. 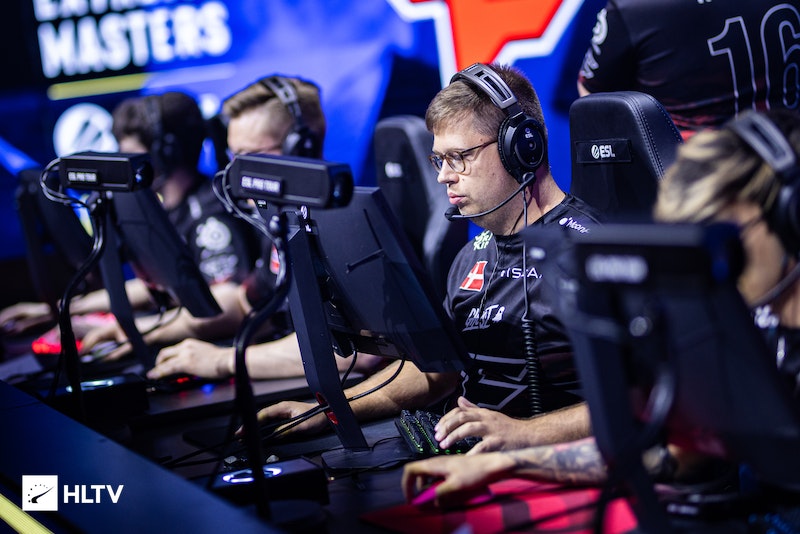 As such, G2 have the best chance to finish atop Group B heading into the last day of play, with a win over Outsiders guaranteeing them a first-place finish. However, even a loss wouldn’t leave Rasmus “⁠HooXi⁠” Nielsen‘s side completely out of the running as they could still finish in first place as long as they take one map off of Outsiders and FaZe beat BIG.

The match between the German team and karrigan‘s men is the one that truly means the most though, the outcome of which could leave the international squad out of contention for a playoff spot. FaZe will have multiple outs in securing advancement in the final round, the most obvious of which is a series win (any score) over BIG.

In the case of a 1-2 loss to BIG, FaZe‘s fate would rest in the hands of G2, who could still help karrigan‘s side through by beating Outsiders (any score). Should the German team sweep karrigan‘s side 2-0, they would guarantee themselves a third place finish, a result which would also allow Outsiders to top the group over G2 in the event of a win.

This post will be updated live throughout the day as results come in, so check back in for news as to how the race for the final playoff spot is going.