Day 3 and we’re still going strong at PAX West 2022. We saw a pretty fun mix of videogames today along with a screening from the upcoming anime adaptation of Cyberpunk 2077.

Turbo Overkill
I’ve played a lot of boomer shooters in my time and Turbo Overkill might be one of my favorites. It was released on early access earlier this year, but this is the first time I’ve gotten a chance to try it out and I instantly clicked with it. Set in a grimey, cyberpunk world Turbo Overkill takes inspiration from DOOM and has you playing as Johnny Turbo as he tries to destroy an AI. The plot is light, the action is heavy and the music is always thumping in your ears. The standout feature is your slide ability, as the moment you trigger it your character jets forward Vanquish style and unveils a chainsaw within their leg to carve up enemies with. It’s an instantly addicting maneuver to do, especially since it’s infinite, and I was doing things like rocket jumping in the air to then come crashing down with the chainsaw leg. I got a brief tease of the grappling hook which felt effortless to use as I swung around the level, and the game just impressed me overall with its smooth movement options. You have a lot of ways to move around the arena and they all blend seamlessly into each other. The weapons are all pretty fun to use, each featuring their own equally satisfying secondary ability, but the swarm missiles from your robotic arm quickly became my favorite.

What I wasn’t expecting was a sort of RPG element to the game, where you can use money to not only buy upgrades for your guns, but for your cybernetics as well. There are augments to find that add modifiers to your loadout like increasing damage or letting you bounce off walls. One combo I instantly gravitated towards was equipping two augments that gave health and armor on chainsaw slide kills. I was already abusing that mechanic, why not get rewarded for it? I don’t think there was ever a moment I wasn’t at, or near max health during my demo once I got that. Every element in Turbo Overkill just gels perfectly with one another and you don’t have to wait to play it, since the first episode is out now and with the second coming in October. The final episode and full release is set to arrive early next year. 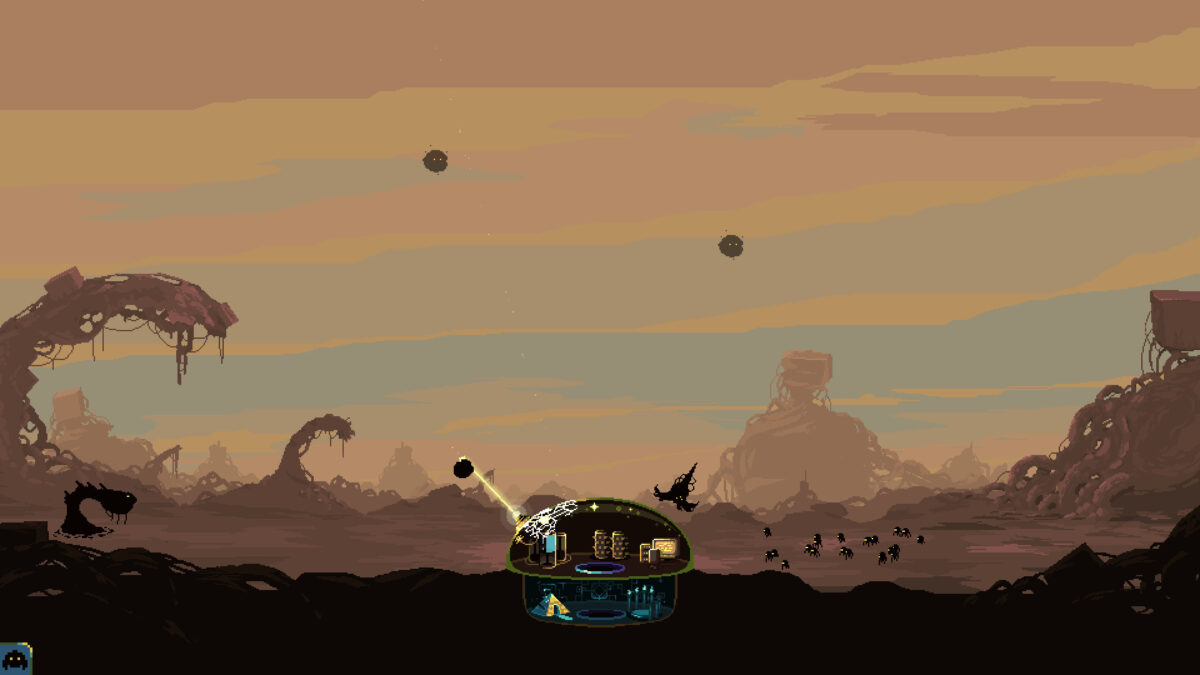 Dome Keeper
Dome Keeper easily skyrocketed up my top list of PAX games within minutes of playing it. You play as a miner on a hostile planet who lives in a protective dome that’s constantly under assault from aliens. You’ll burrow below your dome to mine for resources that you can use to upgrade your suit, the dome or various other tools you have while always keeping an eye on the timer to alert you when aliens are coming to attack so you can run back to defend yourself. The loop is instantly addictive and made me wish it was on Switch because it’d be damn perfect to play handheld on the couch. You won’t have to wait long either, as it drops on PC later this month. 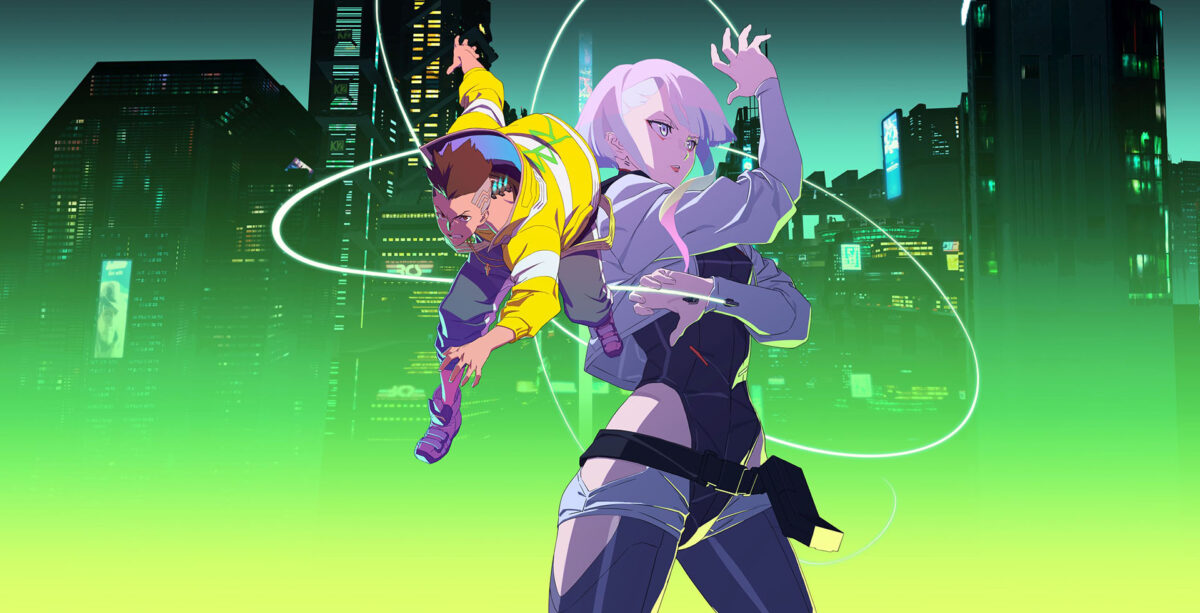 Cyberpunk: Edgerunners
I’m a huge sucker for anything Studio Trigger (of Gurren Lagann fame) so I obviously had to make this screening of the first two episodes of their anime adaptation of CD Projekt RED’s Cyberpunk 2077. Taking a slight departure from the game, Edgerunners sees the game protagonist V as a highschool student instead of an already seasoned criminal. The first episode felt mostly like a setup one to introduce newcomers to the world of Cyberpunk and lays the groundwork for V’s eventual descent into crime and hate for mega corporation Araska. It was fine, the dub was surprisingly decent as well, but overall fine is how I’d describe it. The second episode is where the show really finds its groove as V gets new, dangerous cybernetics installed in his body and starts to meet the other main characters of the series. There’s some really fun action scenes and visuals that you look for from a Studio Trigger project and my impression of the show definitely shot up more after this episode. I’m eager to see if the rest of the season can keep that momentum up when it drops later next week on Netflix. 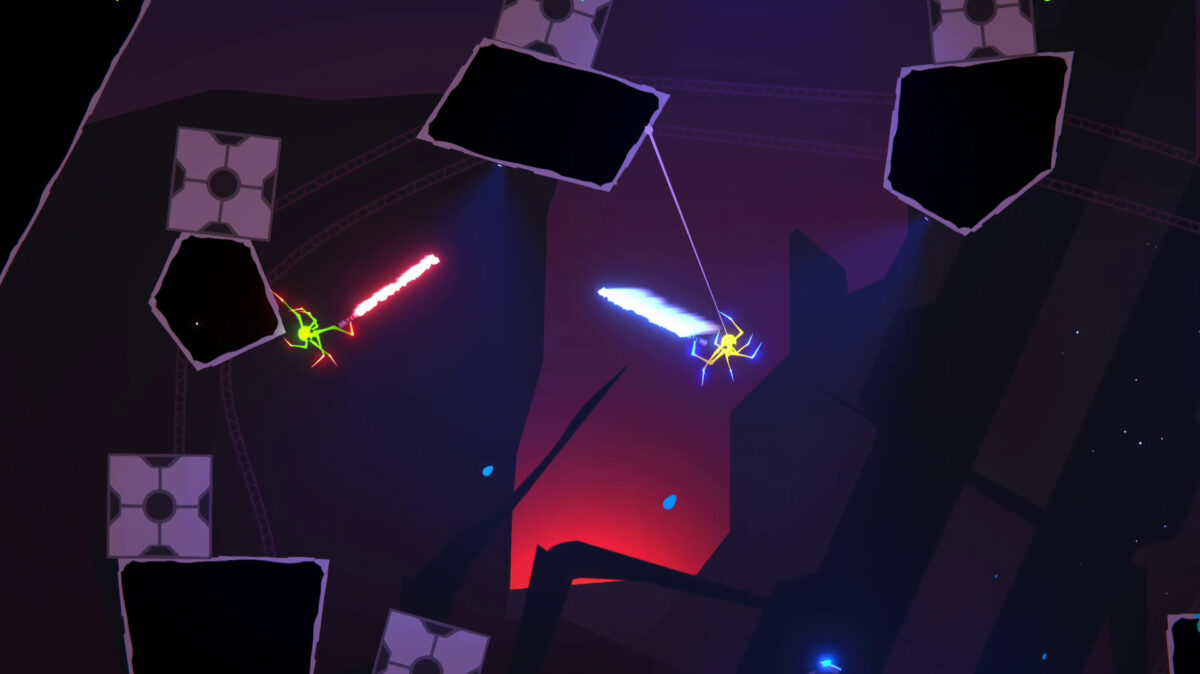 SpiderHeck
SpiderHeck might be one of my favorite surprises of the show, and that’s coming from someone who generally tries to make a rule of staying away from spiders. Set in a synthwave aesthetic, SpiderHeck is a four player party game where you all play as spiders duking it out for supremacy. You can climb or swing on objects, and the arena gets populated with items such as rocket launchers, shurikens or even lightsabers. It’s perfectly simple to pick up and start playing and games end quick which helps keep things moving. It seems like it’ll be a great party game to throw on during a night with friends. 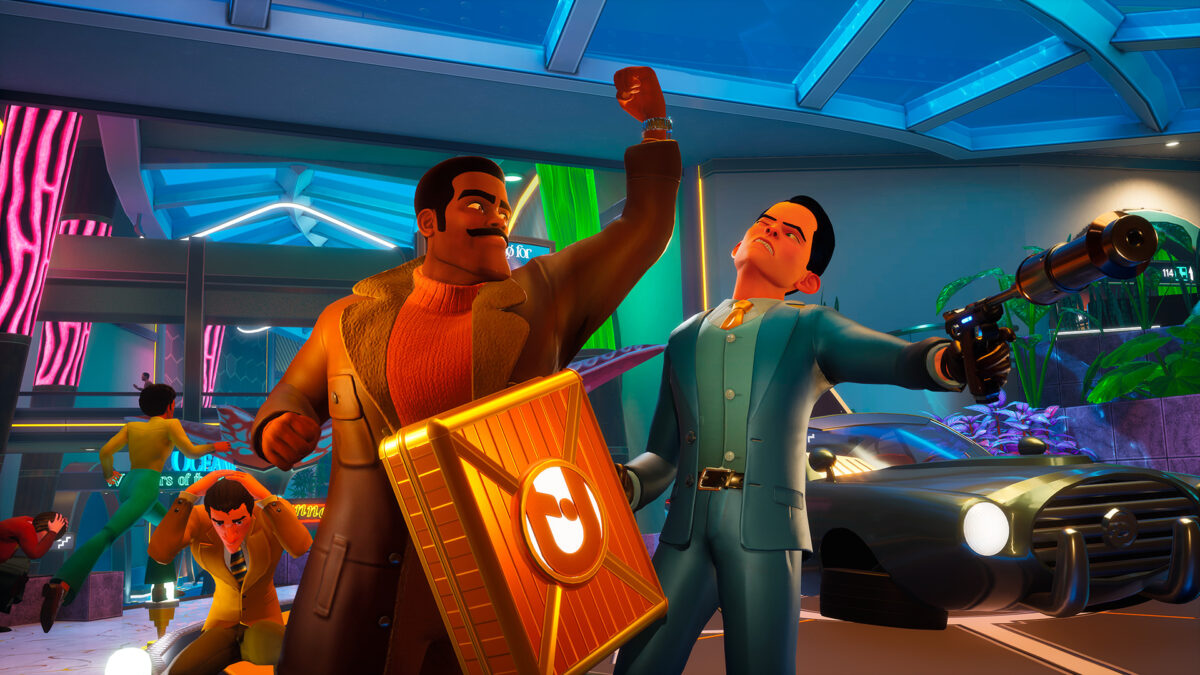 Deceive Inc.
I love deception games, the idea of having to lie to each other to get one over on each other is a spicy way to play a game. Deceive Inc sees twelve players (either in solos or teams) disguised as regular folk at a party, all trying to make their way into the vault to get a briefcase and escape with it. Trying to make yourself look like you’re just one of the regular AI characters is part of the deception, as you don’t want to do anything suspicious in front of a real player and blow your cover. I spent the majority of the match slowly working my way up security clearance levels to get to the vault and watched a faster player snatch it before my eyes as other players waiting in the sidelines ran after them. I opted to wait at the exit for the crowd of players where a scuffle eventually took place once everyone arrived and I died in the ensuing conflict. It was a lot of fun, but I worry about the repetitive nature of “find intel, get better security access, get into vault” and hope there are other things to differentiate the loop. I didn’t really see any point in attacking players either, as you don’t do too much damage so attacking a player, even if you’re surprising them, leaves you incredibly vulnerable as well. Perhaps if there was some sort of backstab mechanic, so you can take a player out immediately it’d encourage you to actually fight with players before the briefcase comes into play. Regardless though, I’m still eager to play the full thing when it comes next year.