MultiVersus currently has 3 different editions of the Founders Pack for players to purchase. Each one comes with its own special features and cosmetics. The Base Pack costs $39.99. The Deluxe Pack costs $59.99. The Premium Pack costs $99.99.

If players are having issues redeeming their Founders Pack should not panic. Tony Huynh, Game Director of Multiverse, addressed the issue and stated the matter would be looked into.

We’re aware of the Founder’s Pack redemption issues, we’re looking into them now.

Any players who had access to the Alpha Closed Beta will not have to worry about getting a code to the Early Access Open Beta of the game. Any players who have had access during the closed testing periods will instantly have access to the early Open Beta once it opens on July 19. If anyone missed out on the closed period they can still get a code following these steps:

It is crucial for players to sign into their WB games Account or the 60 minutes will not count towards the reward.

For those who did not have prior access to the game or are new to MultiVersus for the first time, can register for the beta on the game’s official website. There are two stages to the Open Beta. The Early Access stage and the open testing period. The MultiVersus Open Beta will be open to the general public on July 26.

What’s In The Beta

Here are the listed characters, maps, and game modes that will be included in the MultiVersus Open Beta : 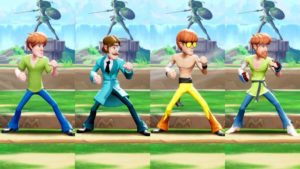 The MultiVersus Open Beta will be available for the PlayStation 5, PlayStation 4, Xbox Series X|S, Xbox One, and PC, with full cross-play support, and dedicated server-based rollback netcode, and seasons full of content.

“From Our Haus to Yours“

More from The Games Haus