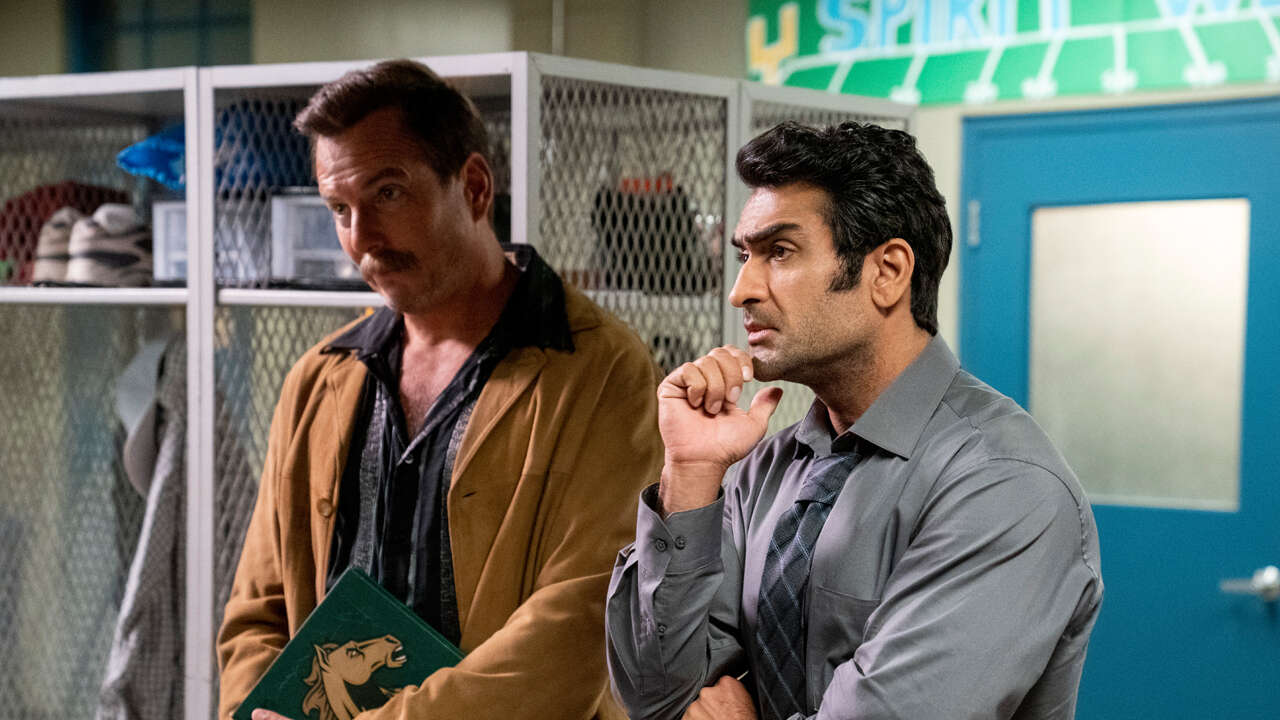 In the United States, there are dozens of police procedural TV series currently on the air, and all of them are paint-by-numbers, predictable. What’s more, 99% of them don’t have Ice-T in a starring role. Luckily, Netflix has a police procedural that you’ll actually want to watch because of its unpredictability and the fact that it’s making fun of the genre as a whole. And it manages to do that without Ice-T.

Netflix’s latest comedy series Murderville is bizarre, unique, and most importantly, hilarious. Each episode sees Detective Terry Seattle team up with a trainee–a celebrity playing themself–and there is a muder that needs to be solved. The twist is that the trainee doesn’t have a script, so they have to improvise their way through the entire episode.

This is an American remake of the British show Murder in Successville, the major difference between the UK and American versions is that the town isn’t made up of celebrities on Murderville, and it heavily plays into the police procedural format.

Will Arnett plays Seattle, a bumbling fool who has to deal with new trainees every single week, who just so happens to be very famous. The crime is introduced to Seattle and the celebrity guest, before they are left to their own devices to investigate. They see the murdered body, interview three suspects–and in one of the interviews, the guest is undercover–and then the celebrity has to pick who the murderer is. It plays more like a game show than anything else, following this very strict set of guidelines for each episode, and yes, the plotting is incredibly formulaic.

Murdeville works because of two aspects. The first is seeing how the celebrity guests handle improvisational comedy and the world around them. Some of them fit the show perfectly–which we’ll discuss more later–and one or two others are a bit of a dud, even with Arnett softballing some potentially hilarious moments for them to take control of. As a viewer, you want to see what these celebrity guests will say and do when put on the spot, and most of the time, it’s very funny. When it’s not, though, it can become an interesting look at how difficult improv comedy actually is.

The second aspect of why this show works is because it’s a muder mystery. The viewer doesn’t know who the killer is, so much like the celebrity guest, they can figure the mystery out for themselves. It’s super simple as well, so you won’t need to keep track of more than three clues to play along, and since the celebrity guest isn’t always going to get it right, you can.

Because the celebrity guests are the focus of this show, many going into this show probably wonder how their improv skills are. It’s not black or white: It’s a sliding scale–some are comfortable with the role, some aren’t, and it proves that improv can be tough to pull off. However, Sharon Stone also falls into that category, and her episode is one of the most entertaining–probably because she’s just so awkward and uncomfortable during the episode, but she’s such a professional and just keeps going.

On the flip side, there are plenty of people from the world of comedy that “get it.” Because of this, you get exactly what you expect from a show like this: great improv, funny moments, and times where the cast breaks. However, there is one person who completely steals the spotlight over everyone else, and that’s Marshawn Lynch. Known for his humorous antics like saying “I’m just here so I won’t get fined” at press conferences, the former NFL running back, Lynch is having a blast during his episode, and it shows. He’s all-in for the improv, says and does outlandish things, and it overall makes for the best episode of the season.

With six episodes in Season 1, it’s unclear though if this show has legs. While you may want more, can this incredibly formula-driven show keep going on and on? There are storyline threads for Seattle that continue through Season 1, but following what happens to Seattle’s homelife really only pays off once during these episodes. The rest of the time, it feels like something added in to each episode to transition between scenes.

Arnett does a phenomenal job towing the line for this series, guiding the story and the guest with each episode, while building on the sad, sad lore of Terry Seattle. He’s also surrounded by some great recurring characters like Lilan Bowden as Amber Kang, Haneefah Wood as Chief Rhonda Jenkins-Seattle, and Philip Smithey as Darren “Daz” Phillips. All of these characters essentially play the straight man for Seattle, as many times, they set him up to be incompitant.

Murderville takes a tired TV genre and gives it a fresh spin. Sure, it’s an adaptation of something we’ve already seen in England, but the Netflix version of the series adds its own flavor to it. Arnett is surrounded by a strong cast that are all pieces of an elaborate and bizarre game created for a celebrity guest. The fun within this show is really about how the guest reacts to the situation they are in, so the quality between episodes dips and rises between episodes. However, Murderville is the kind of silly humor we can all use right now.

Murderville arrives on Netflix on February 3.