ENCE got their ESL Pro League Season 16 group stage campaign off to a flying start with a convincing 2-0 victory over HEET. The European mix looked switched on in their revamped roster’s debut match, crushing the Frenchmen on Dust2 16-6 before closing things out with a more hard-fought 16-11 victory on Vertigo.

ENCE‘s newest additions, valde and Alvaro “⁠SunPayus⁠” Garcia, both had standout performances, consistently finding impact alongside their high fragging output to power themselves to 1.47 and 1.29 ratings respectively. Marco “⁠Snappi⁠” Pfeiffer and company will look to build on their strong performance as they face off against Heroic on Thursday at 19:30 . The last time the two teams met was at PGL Major Antwerp back in May, with the European squad narrowly coming out on top after a demanding 2-1 affair.

HEET, meanwhile, had a rough start to life in Group C, with all five of their players sitting firmly in the red. Alexandre “⁠bodyy⁠” Pianaro‘s men will be eager to rebound from this opening loss in their matchup versus Complexity on Thursday at 16:00 .

dycha was dependable in ENCE’s opening series at EPL with a 1.32 rating and 86% KAST

HEET‘s pick of Dust2 played host to the first map of the series, with ENCE hitting the ground running as they cruised to a 6-1 lead on the CT-side. The Frenchmen’s woes continued as the opening half drew on, valde and Pavle “⁠Maden⁠” Bošković putting up 25 frags between the pair as ENCE surged on to double digits, 10-1. It wasn’t until the last round of the half that HEET finally got back on the board, with the French quintet successfully fending off a B-site retake to bring the deficit to 2-13 at the interval.

The two teams exchanged rounds back-and-forth to get the second half underway, a quad kill with the Desert Eagle by Thomas “⁠Djoko⁠” Pavoni in the 18th round being enough to get his side back on track as they clawed their way up to a 6-14 scoreline. This overwhelming deficit proved too much for HEET to overcome in the end though, as ENCE twice returned to the A site to post the remaining two rounds they needed, closing out Dust2 16-6 in the process. 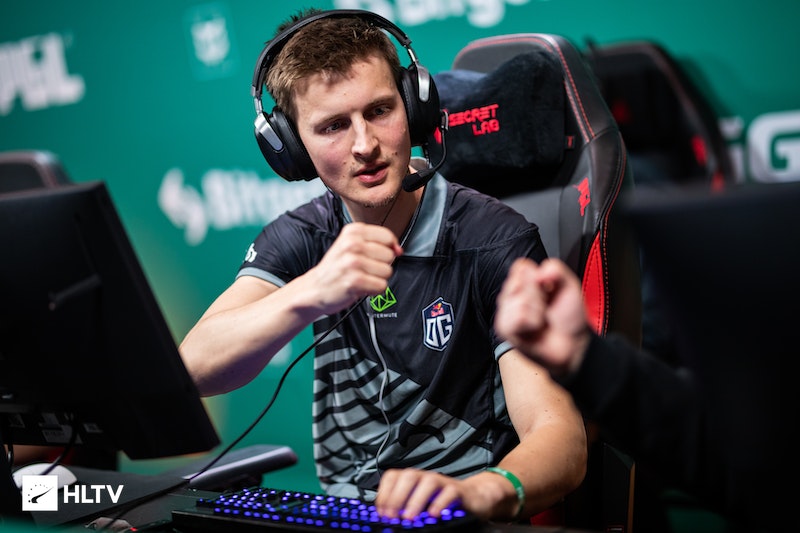 valde impressed in his ENCE debut, tallying 26 frags by the end of Dust2

ENCE‘s momentum from Dust2 carried over to get the second map of Vertigo going, with Snappi leading by example as he racked up 14 kills to propel his team to an 8-2 start. A short-lived two-round spree by the French side was enough to keep their heads above water, but ENCE were determined to end the series in two maps as they continuously hounded both bombsites with blistering pace to lead 11-4 by the swap.

HEET won their third pistol round of the series to begin their comeback attempt, snowballing this by adding four of the following five rounds to trail by just three rounds, 9-12. ENCE got back on the saddle with an eco-round win with pistols and SMGs, the European combine using this to reach 14-9. HEET continued to press on, adding another two rounds of their own to reach double digits, but in the end, Maden sniped down three on the B site defence with his AWP to lock in Vertigo 16-11 and the series 2-0.