Posted on February 2, 2022 by Ervin in News, Switch eShop 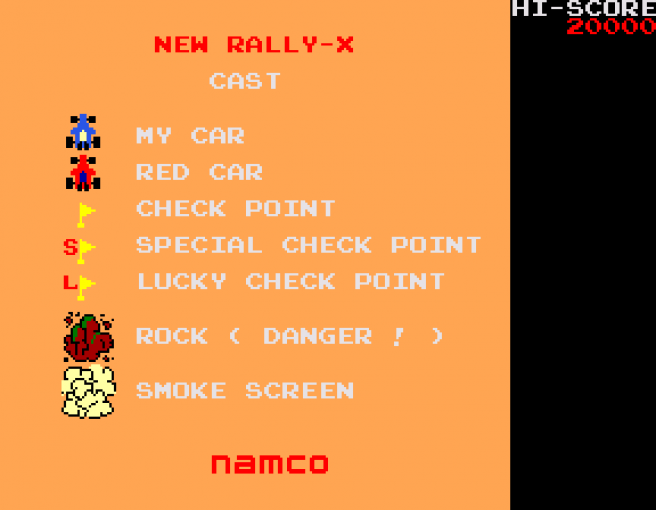 Hamster has revealed that the latest title to arrive on the Switch eShop under its Arcade Archives label is the Namco classic Rally-X. Here are some more details on the game from the International Arcade Museum:

New Rally-X is the direct followup to the Namco game Rally-X. Also produced by Namco, New Rally-X first hit arcades in 1981 following the success of its predecessor. It offers some new visuals and small gameplay changes.

Race a car around a maze-like track collecting flags while avoiding pursuing enemy cars. This sequel has slightly different graphics and a somewhat easier gameplay.

A radar screen shows the location of your car, the enemy cars and the flags. The score for picking up flags increases starting at 100 points. Collecting the flashing special flag visible on the radar awards a 2x bonus for the remaining flags. Picking up the “lucky” flag gives an added fuel bonus.

Avoid randomly placed rocks and use smoke to stop enemy cars for short periods of time. However, using smoke costs fuel. Every third round, the enemy cars don’t move unless your fuel runs out.