The inaugural five licensed mobile-friendly online sportsbooks in the eastern American state of New York reportedly chalked up in excess of $1.17 billion in aggregated handle over the course of their first 16 days of operation.

According to a source using official information from the New York State Gaming Commission, these sportsbetting services now look almost certain to break the $1.29 billion single-month combined online sports wagering handle record set by their compatriots in New Jersey just two months ago. This impressive start purportedly also saw these enterprises rack up a little over $43.19 million in combined revenues to earn the state approximately $46.62 million in much-needed tax.

New York is home to more than 20 million people and reportedly began allowing residents and visitors alike to place remote wagers on a wide range of sporting action from the morning of January 8. Such aficionados can now purportedly lodge their sportsbetting picks with the sites at FanDuel.com, BetRivers.com, WilliamHill.com, DraftKings.com and BetMGM.com while the compatriot PointsBet.com domain went live in ‘The Empire State’ from last Monday after the most recent handle and revenue figures had been collected.

The data from the New York State Gaming Commission reportedly shows that the mobile-friendly online sportsbook from Caesars Entertainment Incorporated at WilliamHill.com topped the state’s newly-licensed runners for the period up to January 23 courtesy of revenues of about $41.75 million off of some $487.36 million in handle. This was purportedly followed by the FanDuel.com service from FanDuel Group after it processed round about $360 million in wagers to bring in receipts of $24.17 million. 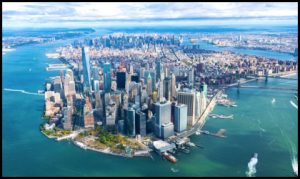 The remaining trio of New York-licensed operations were reportedly led by the DraftKings.com enterprise from DraftKings Incorporated with handle of $265.47 million alongside slightly over $21.75 million in revenues. Finishing off and MGM Resorts International’s mobile-friendly BetMGM.com service had receipts of $2.51 million from $40.57 million in wagers while the BetRivers.com advance from Rush Street Interactive Incorporated logged analogous figures of $1.23 million and $22.19 million respectively.

As previously detailed, the mobile-friendly PointsBet.com sports wagering service from operator PointsBet USA went live in New York from January 24 while Bally’s Corporation is reportedly planning to debut a localized version of its BallyBet.com-branded domain sometime after April. Adding to this club and the New York State Gaming Commission purportedly earlier revealed that it had moreover issued licenses to Wynn Resorts Limited and Genting Malaysia Berhad for their WynnBet.com and ResortsWorldBet.com enterprises respectively although neither of these has yet to go live.