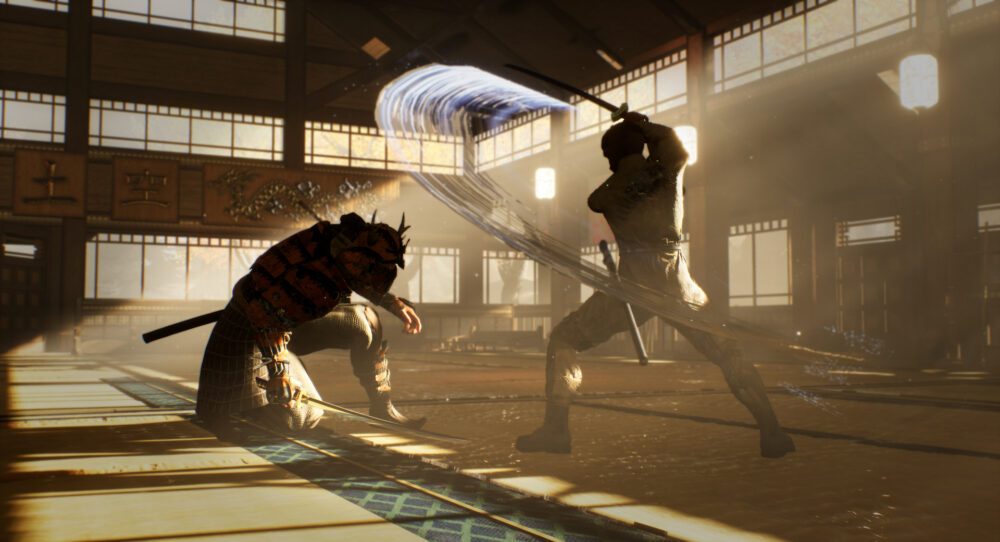 Die By The Blade, a sword fighting game developed by Grindstone and Triple Hill Interactive and published by Kwalee, now has a release date.

The game plays like a melee fighting game, complete with the side view expected from games of the genre. But with one twist: one hit kills.

You can deflect and parry attacks, but once you are strucked by the blade, you’ll… well… die by the blade.

For the gamers who’ve been gaming since the 90’s thinking that “isn’t that just Bushido Blade” you’d be right, in some ways. Die By The Blade is indeed inspired by the Bushido Blade series as well Way Of The Samurai and Dark Souls.

The aesthetic chosen here is a mix of traditional Japanese samurai and cyberpunk elements, samurai-punk if you will.

Die By The Sword will launch on November 3 for the PS4, PS5, PC Xbox One and Xbox Series X|S. A version for Nintendo Switch is expected to launch in 2023.