In Canada and the province of Ontario has reportedly announced that it intends to launch an ‘open market’ for single-game online sportsbetting from April 4 and allow an unlimited number of commercial enterprises to obtain operating licenses.

According to a Friday report from Yahoo!, the move from the provincial government of Premier Douglas Ford comes after Canada ratified legislation in August so as to present punters with the ability to lodge legal bets on single football, baseball and ice hockey events as well as a range of action from other sports. This measure, which was colloquially known as the Safe and Regulated Sports Betting Act, purportedly also gave individual jurisdictions the right to determine how best to license and oversee such operations for their own populations.

With well over 13.4 million people, Ontario is the most populated province in Canada and its coming ‘open market’ move will reportedly sit in stark contrast to most of the giant nation’s other jurisdictions including British Columbia and Quebec. Areas such as these have largely only granted single-game online sportsbetting licenses to state-run lottery corporations although Alberta recently signalled that it may purportedly begin allowing a limited number of private sportsbooks at some point in the future. 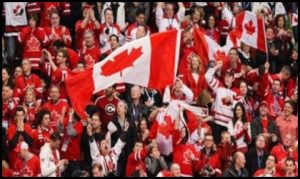 in detailing that Ontario’s online gambling market may now go on rack up aggregated first-year gross gaming revenues of approximately $989 million before growing to surpass $1.86 billion by the end of 2026. Similarly, the President and Chief Executive Officer for the Canadian Gaming Association, Paul Burns, reportedly used an official filing to note that the coming ‘open market’ model could allow Canada to help stop billions of dollars from flowing into the coffers of offshore and unregulated sportsbetting firms.

Reportedly read a statement from Burns…

“This is another major milestone and achievement for Ontario’s gaming industry. We finally have the opportunity to safeguard the economic benefits that will start to flow to licensed gaming operators and the provincial government.”

As part of the coming ‘open model’ plan and the Alcohol and Gaming Commission of Ontario reportedly disclosed that its own newly-established iGaming Ontario enterprise is to be given exclusive responsibility for overseeing the jurisdiction’s coming online sportsbetting market. This fresh regulator’s Executive Director, Martha Otton, purportedly pronounced that her organization will now strive to ensure that all licensees ‘have met rigorous standards of game and operator integrity, fairness, player protections and social responsibility’ in order to allow ‘all players to play with confidence.’

Yahoo! finished by reporting that Ontario’s decision to opt for an ‘open model’ online sportsbetting market will come as good news for some of North America’s largest operators including FanDuel Group, which recently established an office in Toronto. Fellow behemoths DraftKings Incorporated and MGM Resorts International are moreover purportedly said to be interested in entering the province’s sports wagering scene as is the recently-purchased Score Media and Gaming Incorporated arm of Penn National Gaming Incorporated. 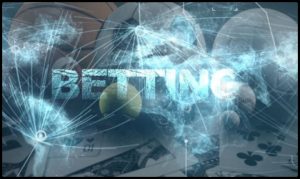 Incorporated reported that the Mississaugas of Scugog Island First Nation has come out against the coming ‘open market’ plan due to fears that the regime could wreck its economy and simultaneously ‘set back decades of community development efforts’. This tribe is responsible for the modest Great Blue Heron Casino and Hotel near the town of Port Perry and purportedly furthermore pronounced that this facility is responsible for ‘thousands of jobs’ and has made ‘millions of dollars in charitable donations’ to organizations located all across southern Ontario.

The Chief for the Mississaugas of Scugog Island First Nation, Kelly LaRocca, reportedly used an official Friday press release to voice her opposition and divulge that the tribe may now look to mount a legal challenge to the coming ‘open market’ online sportsbetting plan.

A statement from LaRocca reportedly read…

“This announcement by the Ford government is a slap in the face to First Nations and reduces its promises of reconciliation to a joke. The government completely and utterly failed to consult our First Nation to leave its iGaming launch open to a constitutional challenge.”