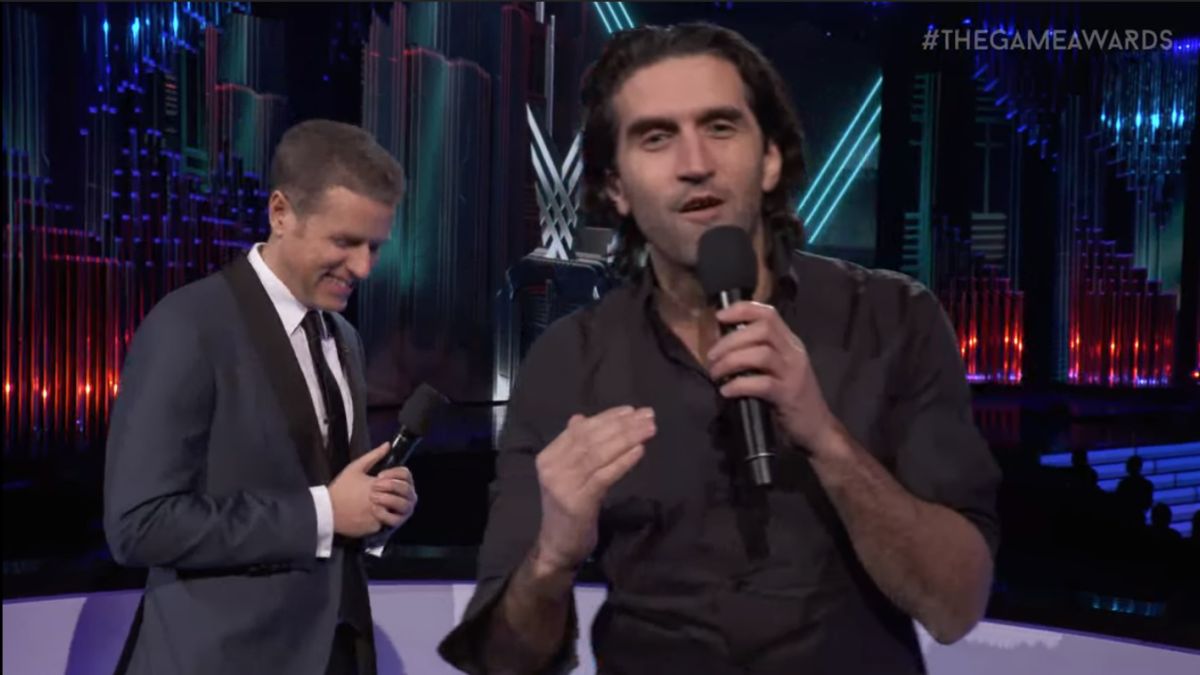 Hazelight Studios founder Josef Fares became a legend among gamers for his tirade at the 2017 Game Awards. Extolling the virtues of Geoff Keighley’s annual extravaganza, he shouted into the camera—and I quote—”Fuck the Oscars! Fuck the Oscars! Fuck you!” His point, that the videogame industry does not need to content itself with playing second fiddle to Hollywood, was reasonable but largely lost beneath his suggestion that—and again, I quote—”the Oscars should fuck themselves up.”

I bring up this glorious moment in gaming history so we can all properly appreciate that Hazelight’s hit co-op adventure It Takes Two, which won the Game of the Year crown at the 2021 Game Awards, is being adapted for movies and television. According to Variety, Hazelight is working on the adaptations in partnership with production company dj2 Entertainment

“Creating the world and story in ‘It Takes Two’ was so much fun for me and the team,” Fares said. “Since it has a strong narrative with many crazy characters and just as crazy co-op action moments, the potential is huge for a great adaption to film or television.”

“dj2 is honored to partner with Josef, Oskar [Hazelight studio manager Oskar Wolontis], and the incredible team at Hazelight Studios on the linear media adaptation of It Takes Two,” dj2 CEO and founder Dmitri M. Johnson said. “Just like the rest of the gaming world, we fell head-over-heels in love with Cody, May, Rose, Dr. Hakim and the imaginative fantasy universe Hazelight have created, and can’t wait to bring these characters—and this world—to life on the big and small screen.”

It’s amusing that a guy who expressed such profane, excited disdain for a film awards ceremony is now involved in making a movie, although in all fairness I think it’s worth noting again that Fares’ issue was really with the videogame industry, and not the film industry. It Takes Two seems like a good pick for a linear narrative translation, too—I could probably find 90 minutes of amusement in the antics of The Book That Screams and his hapless victims, completely shorn of gameplay.

All of this is still a way off from coming to fruition. Variety said no studio or network was attached to the project when its report was published, but sources told the site that multiple parties are bidding on it. It Takes Two is one of many game-based projects dj2 has signed: It’s also done deals to make movies and television shows based on Vampyr, My Friend Pedro, Life is Strange, We Happy Few, Disco Elysium, and most recently, the indie games Sable, Night Call, and Mosaic.