It would be a massive understatement to say no one is happy with the prices gamers are paying for graphics cards today. Sure, Nvidia’s new GeForce RTX 3050 and AMD’s new Radeon RX 6500 XT sport suggested $250 and $200 price tags, respectively, but as you know you’re not touching those cards right now for anywhere near that cheap during the ongoing GPU shortage.

Who benefits, where the money is going, and the true meaning of MSRPs isn’t what we’re discussing today though. Instead, in the interest of lazy Fridays, we wanted to take a quick look at the marked-up prices GPUs are going for compared to their MSRP, and how much performance you’re getting with the jacked costs factored into it. We also wanted to show what you’re missing out on when you’re paying exorbitant markup prices, by showing just how much bleeding-edge DDR5 memory or luxurious Apple monitor stands you could’ve bought if graphics cards were selling for sane prices, instead.

But first, the performance comparison. We searched popular hardware retailer Newegg for GPU models that were in stock and in new condition and grabbed the price for the most affordable listing we could find. All of the cards indicated they would ship directly from Newegg, but weren’t necessarily sold by Newegg. Like other retailers, Newegg will sell you a product that is actually being stocked by a partner store. Like any hot item, prices fluctuate greatly, so the prices today may or may not exactly match what we found this week. Pricing may also be different at other retailers, or on user-sale sites like Ebay.

We then compared public figures in 3DMark Time Spy’s GPU test against the marked-up price. While Time Spy isn’t based on a game engine, it’s a respected and popular synthetic benchmark. It’s also highly consistent and nearly all GPU-based, so the CPU and most other components don’t factor in to it. You can see the notes we generated below.

The lowest markup we found this week was AMD’s much-maligned, but not highly marked-up Radeon RX 6500 XT, a card selling for “only” 31 percent over its $199 MSRP. The worst is the Radeon RX 5700, which is out of production but obviously still in high-demand with a 329 percent markup over its $349 MSRP. Nvidia’s GeForce RTX 3060 is also a hot item, going for 207 percent over its $329 MSRP. The surprise “deal” is AMD’s Radeon RX 6600, which is going for “only” $131 more than its $329 MSRP, for a markup of 40 percent. If you have a spare $1,500, you’d only be paying 50 percent over markup for the Radeon RX 6900 XT, which would actually be a steal. Well, steal as in “still an armed robbery of your wallet.” But that’s better than the soaking other GPUs would give you to walk out the door with them. 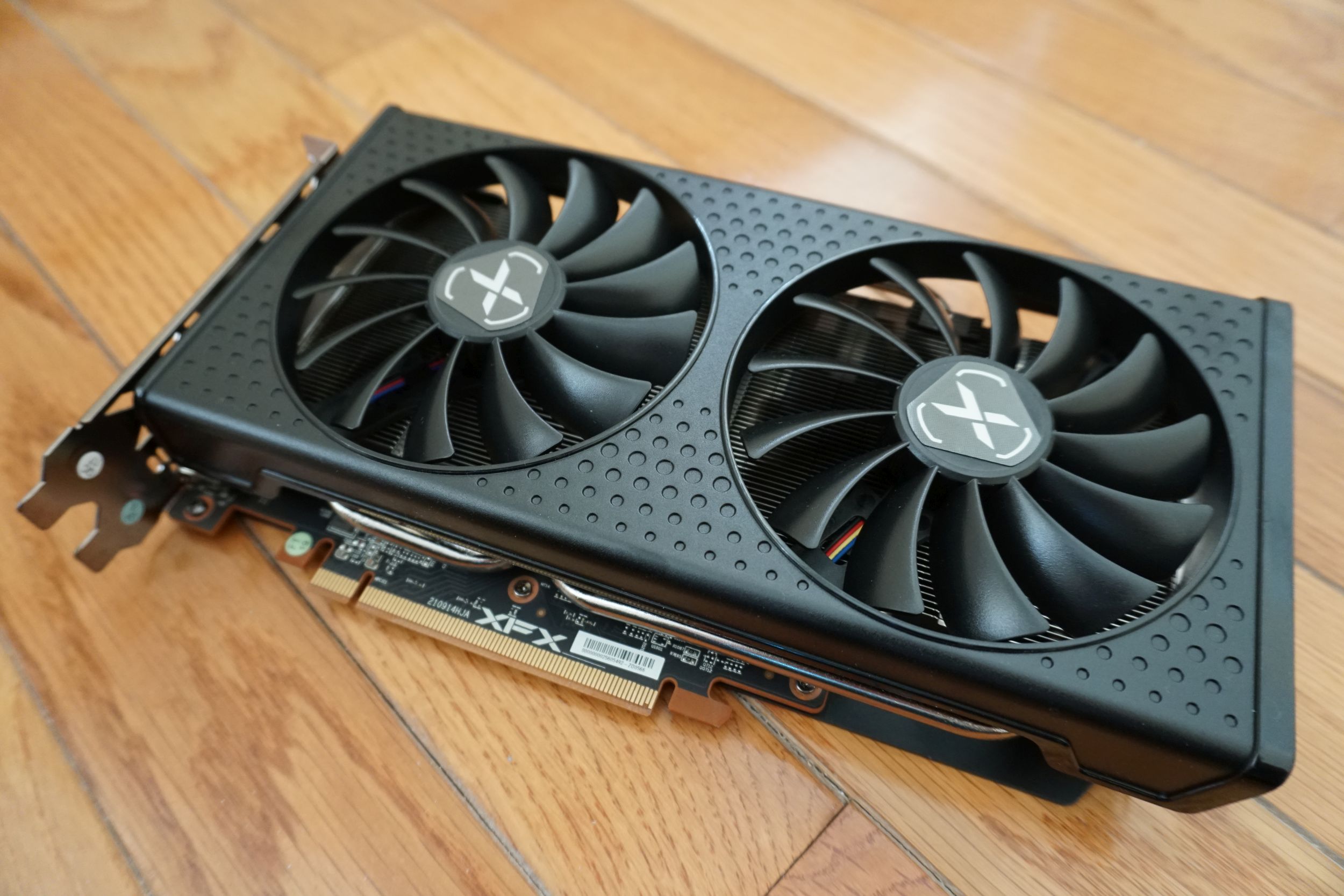 But how much performance are you getting post-markup? To get a general feel for it we looked at public scores for 3DMark Time Spy and represent just how many “3DMarks” you get per penny. No surprise, the cards being gouged the hardest give you the worst performance-per-cent post-markup. The GeForce RTX 3060 costs you 11.5 cents per 3DMark. Despite being stupidly fast, the GeForce RTX 3090 is priced so high on the streets that it’s actually giving you terrible relative performance, costing 13.9 cents per 3DMark point.

Before you put too much stock in this chart you should know that 3DMark Time Spy is not the end-all, be-all in graphics tests. You will different performance depending on the benchmark or game obviously. But what’s killing the GeForce RTX 3090 is its sky-high $2,800 price.

One other interesting data point jumps out from this chart. PCWorld’s GPU reviewer, Brad Chacos, points out the generally lower cent per 3DMark that most of AMD’s 6000-series cards demand. They’re generally quite a bit kinder than Nvidia’s GeForce cards and even AMD’s older Radeon RX 5000-series cards. There may be brand-value costs associated with that, or simply their lower demand by miners. Chacos points out that most Ethereum mining benefits from more memory bandwidth and with the 6000 lineup, AMD was able to stick with smaller memory buses (and thus lower overall memory bandwidth) since its radical on-GPU Infinity Cache feature makes up for it in games. That Infinity Cache, however, doesn’t help with Ethereum mining much, so it again points to the problem with GPU demand today largely at the feet of miners.

GPU markups vs. DDR5 and Apple

Since few people can relate to a $1,000 monitor stand, we decided to see how much cutting-edge DDR5 memory you could buy if you didn’t have to pay the ludicrous gouged prices on graphics cards. When it was first introduced, DDR5 pricing was equally over the top, but it’s come back to earth of late and is so cheap that if you didn’t have to pay the steep mark-up on a GeForce RTX 3050, you could have bought 5.35 8GB Crucial DDR5/4800 DIMMs (or 40GB and some change) of bleeding-edge, ultra-fast RAM. For the markup a retail GeForce RTX 3080 Ti will fetch, you could outfit systems with 96GB of DDR5.