The tournament status of two teams was decided today as Outsiders claimed their spot in the playoffs of ESL Pro League Season 16 while confirming MIBR‘s inability to advance to next stage. The Russian core’s 2-0 victory over the South Americas was very straightforward as the winning team only conceded nine rounds across the series.

This was MIBR‘s fourth consecutive loss in Group B and while their road to playoffs is now over, they still have a game against FTW ahead of them on Sunday. The Brazilians showed occasional flashes of brilliance against the likes of FaZe and BIG, but ultimately they could not fight for wins consistently.

The action got started on the Brazilians’ pick of Vertigo, but it was Outsiders to strike first with a near-flawless CT side. JOTA‘s men struggled to crack through the Russians’ hold of the ramp position, and only managed to claim two rounds across their offensive half, both courtesy of Raphael “⁠exit⁠” Lacerda. Petr “⁠fame⁠” Bolyshev was on fire today, registering a 2.21 rating while keeping the South American squad away from the B site. Meanwhile, Matheus “⁠Tuurtle⁠” Anhaia had a nightmare performance and didn’t register a single frag throughout the 2-13 half.

Outsiders quickly closed the map after switching sides without dropping a single round on their way to a 16-2 scoreline. The loss on Vertigo meant that MIBR were knocked out of playoffs contention, and played the remaining of the series for pride. 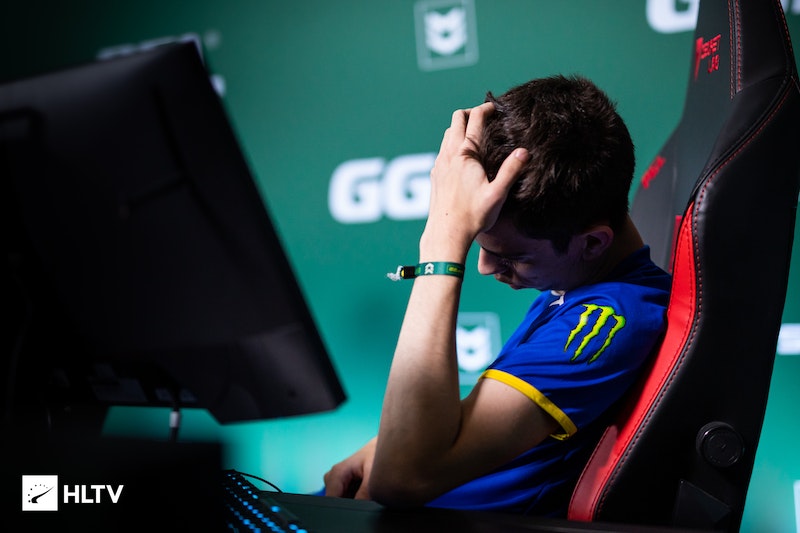 MIBR had a much better start on Inferno as they claimed the first pistol round after a retake on the A bombsite. The Brazilians’ success did not last long as the duo of fame and Evgenii “⁠FL1T⁠” Lebedev powered Outsiders to another dominant half, this time on the T side. Despite Henrique “⁠HEN1⁠” Teles‘s heroics with the AWP, MIBR switched sides facing a 4-11 deficit.

The South American squads got off to another good start after moving to the offense, claiming their first three-round streak of the series, but again, their advance was quickly stopped. Once the Outsiders rifles were brought out, they locked down the sites and cruised to a 16-7 victory, securing their spot in the playoffs.