Pac-Man World Re Pac is a simple but pleasant remake that serves as a nice reminder of how charming 3D platformers were in the PS1 era. There’s not too much variety to be found, and it’s a bit too easy, but if you’re looking for a relaxing and nostalgic 3D platformer, this could be the remake for you.

I didn’t play many PS1-era platformers. Sonic Adventure and Crash Bandicoot were my jam, but that was about the extent of it. Still, I remember seeing Pac-Man World at the store and thinking it looked cool, so I was excited to finally discover whether my childhood self was right. What I found was a delightfully old-school 3D platformer that’s just refined enough to still be a good time in the modern age.

The first thing I noticed about Pac-Man World Re Pac was how colorful and clean the visuals are. The remake maintains the lively colors of the original game but upgrades the models and environments. None of the charm is lost in the transition to modern consoles, which is an impressive feat.

Pac-Man World Re Pac plays quite smoothly, especially for what was originally a PS1 game. Using each of Pac-Man’s moves feels satisfying, whether you’re bouncing on enemies or dashing up ramps. There’s little clunkiness to be found, as Re Pac feels wonderfully smooth. If anything, the game is a bit easy outside of a couple of the bosses, though that’s not necessarily a bad thing. It can help introduce this sort of game to a new generation, or make for a more laid-back play session. 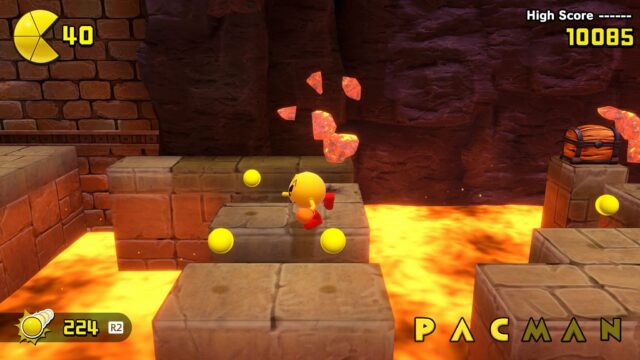 Most of Re Pac has you running through 3D stages and collecting various items until you reach the end of the stage. Now and then you’ll swim or use a metal power-up to become invincible and heavy, or even partake in a Galaga-esque shoot-em-up at one point. There’s enough variety to keep you entertained for the decent runtime.

Maybe I’m impatient, but I found the Maze sections (which are essentially classic Pac-Man gameplay with some gimmicks) to be pretty dull. They seem to be required to 100% each level, so each stage would have this boring and fairly repetitive minigame in the middle of it. If you’re a big fan of classic Pac-Man, then this won’t really apply to you, so this may just be a me problem.

The theming throughout the different stages is varied and fun. From beaches to funhouses to the far reaches of space, Pac-Man explores all sorts of environments, all of which feel like their own biome thanks to the numerous different types of music and distinct level layouts. The hub world is straightforward as well, making navigation between stages a breeze. 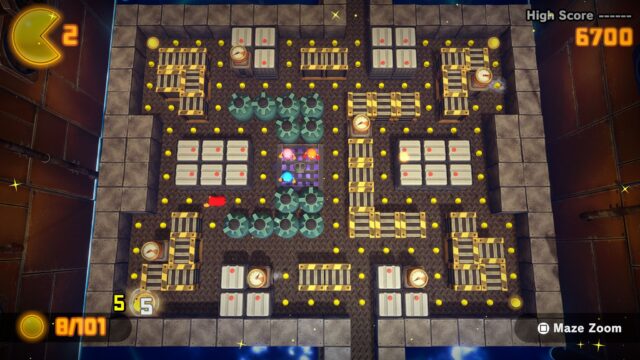 I also got to use the Noir Chogokin DLC, which essentially swaps metal Pac-Man’s skin for a black shiny skin. It’s a fun little thing that makes Pac-Man look cooler in his metal form, but that’s about it. A neat little bonus, if nothing else.

The Final Word
Pac-Man World Re Pac is a refreshingly straightforward remake that will appeal to fans of the original game and newcomers alike. There are some repetitive parts and it’s a bit easy, but Re Pac makes for a chill and charming platforming experience for when you just need a breezy break.

MonsterVine Rating: 4 out of 5 – Good