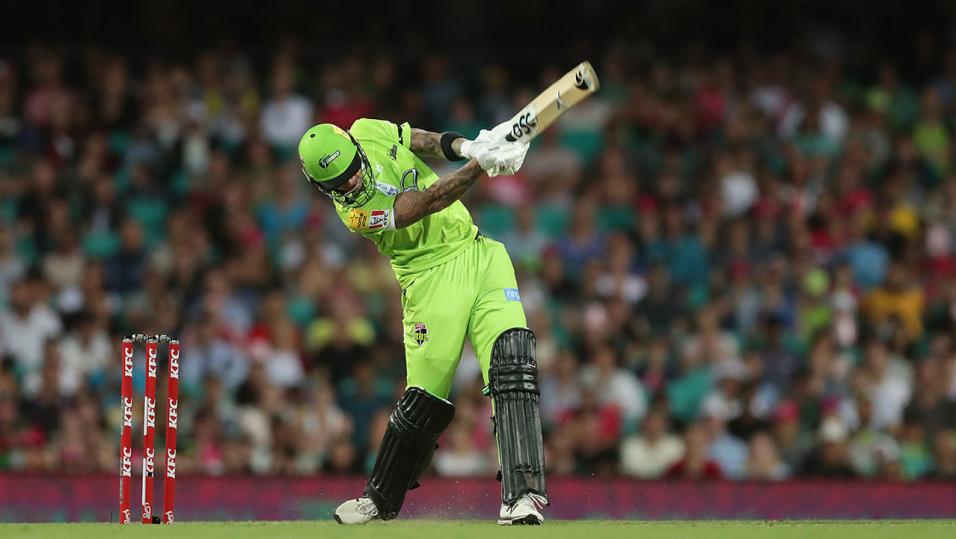 Zalmi are a pretty solid crew. They are on the board with a win from their first outing against Quetta Gladiators. They chased 191.

It was as expected. With the toss bias and a wasteful Quetta bowling line-up, it was a workmanlike rather than spectacular performance.

Shoaib Malik and Hussain Talat personify Zalmi. They go under the radar a bit but can give it a tonk. Usman Qadir, the spinner, is the real game-changer with the ball.

This is Islamabad United’s first outing of the season. Can they get over last term when they finished top of the pile but went out in the play-offs?

They are probably stronger this season. Their possible top six makes them ranked No 1 on boundary percentage. It is phenomenally dangerous with Azam Khan and Asif Ali poised for late-over carnage.

With the ball Hasan Ali, Faheem Ashraf and Mohammad Wasim are all wicket-takers. They are our pick for glory.

Before Karachi-Quetta on Saturday, more than 170 has been posted in 13 of the last 20 and in 11 of those both teams scored 160 or more. The massive toss bias has held so far with each of the first three matches won by the chaser. In the last 29 PSL games at Kara-chi, 24 have been won by the chaser.

Don’t bet before the toss. No change there, then. And there will be added value in-play. As score of 190 is not as daunting as it looks, as Lahore found out against Multan on Saturday. You will get odds-against the chaser very early on so that keeps a bowling surge in the first dig (perhaps unlikely) on side.

Alas Sportsbook have not made the same rick on Haider Ali. They priced him at 11s when it was clear he would bat in the first three. He went in first down. He’s 3/1. In-play prices on Azam and Asif are not the worst shouts. Multiply their starting odds by three.

Karachi put their hand up for ealry candidate for worst performance of the season last time out. They were razed for just 113 against Quetta of all teams. A really quite poor bowling team historically.

Babar Azam top scored with just 32. The pre-season favourites need to buck up quickly. When their batting doesn’t fire they are in the mire because it is the only strength they have.

Lahore can come back

Lahore suffered the toss bias trend in their opener against Umtaln, failing to defend 205. With an attack comprising Rashid Khan, Haris Rauf and Shaheen Shah Afridi there is no more stark example of how signficaint the flip is.

When the call goes their way, a stronger batting line-up and that stellar bowling will, be just fine. Watch out for Abdullah Shafique in the opening slot. He had very strong runs per innings numbers coming into the tournament.

Lahore can come back

The same in-play strategy applies. Wait for the toss and then wait some more. We’re looking to back the chaser with some runs on the board because the market has to react to the present rather than the past. So we’re getting very chunky odds on big chases here. Karachi start at 2.226/5 with Lahore 1.794/5. That’s a great starting point for Lahore and we will look for a flip.

Babar has been boosted to 9/4 with Sportsbook. He had a 45% win rate pre Quetta. Fakar ZAman is also boosted to 10/3 but we needs 4/1 on win rate. Shaheen has a 40% return rate on top bowler so 2/1 may be of interest for Lahore. Bet player markets here.