Legendaries have played a huge role in the Pokémon franchise for years, so, naturally, they appear in Pokémon Legends: Arceus. These mysterious ‘mons are rare and often very powerful, and a true dream for most Poké-trainers. But, of course, they’re not easy to catch.

With our Pokémon Legends: Arceus legendaries guide, we’ll not only let you know which legendaries can be found in the game, but also where to find them and how to catch them, so you’ll be able to finally fill out that Pokédex and gather the strongest team in Hisui. While some legendaries are actually Pokémon Legends: Arceus gift Pokémon that you can only catch if you have save files from previous titles, you can catch most through requests and missions. So grab your Pokéballs and get ready, we’re going legendary-hunting.

Here’s a list of each of the Pokémon Legends: Arceus legendaries, and how to catch them. 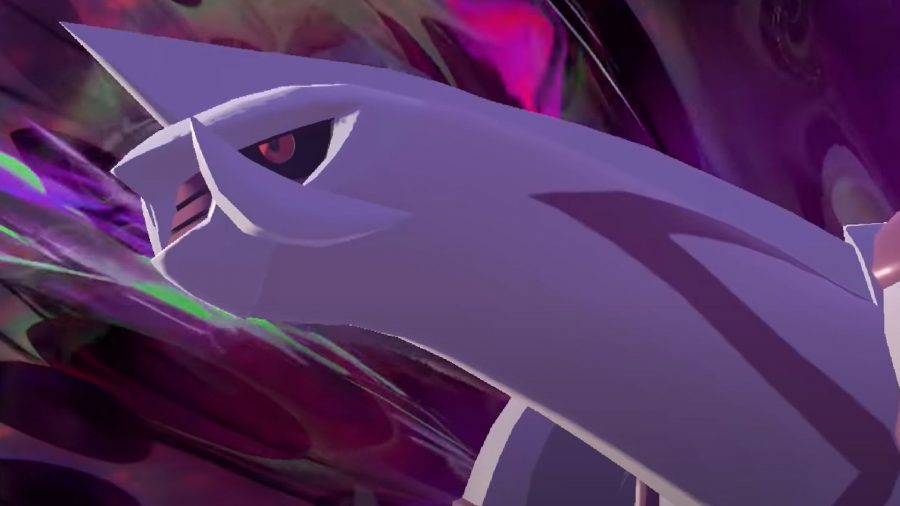 You get Dialga and Palkia during the climax of the main story. When you’ve taken the quest to find the Red Chain, the sky takes on a strange appearance, and you’re faced with the choice between Adaman and Irida. This decides which legendary you get first – choosing Adaman gets you Dialga, whereas Irida gets you Palkia.

The Pokémon you pick appears in the Temple of Sinnoh, and all you need to do is catch it. Then, the other Pokémon Legends: Arceus legendary breaks through the wall, launching you into the next stage. The legendary changes into its Origin Form, and you need to battle it with balms, dodging its draco meteor and shockwaves. When you’re done, you automatically catch it. 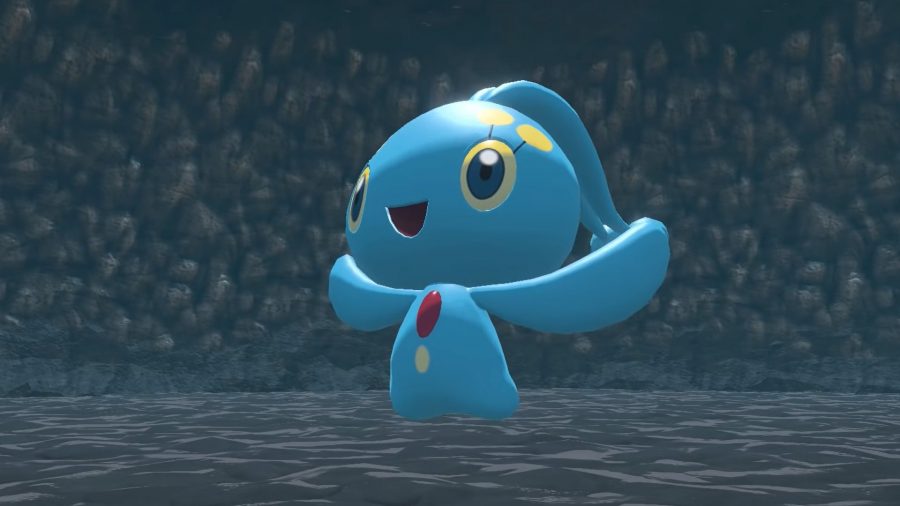 To find these little critters, you need to put Buizel, Mantyke, and Overqwil in your party, then swim through the gate in the Coastlands during the evening. What’s that sound? Well, that’s the Manaphy! From here, surf to the Seaside Hollow to the north of the cliffs, where you’ll find Manaphy and three Phione gearing up for a challenge. Manaphy is level 50, so make sure you’re prepared. 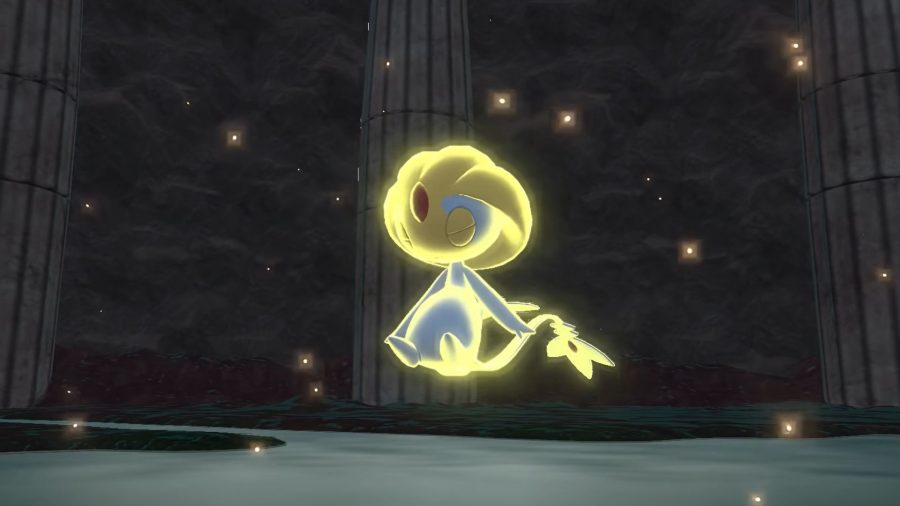 To snag your Uxie, you need to take on the Plates of the Lakes mission after completing the main story. This one’s nice and simple, you just need to head to Lake Acuity and battle Uxie, after which you can capture it. 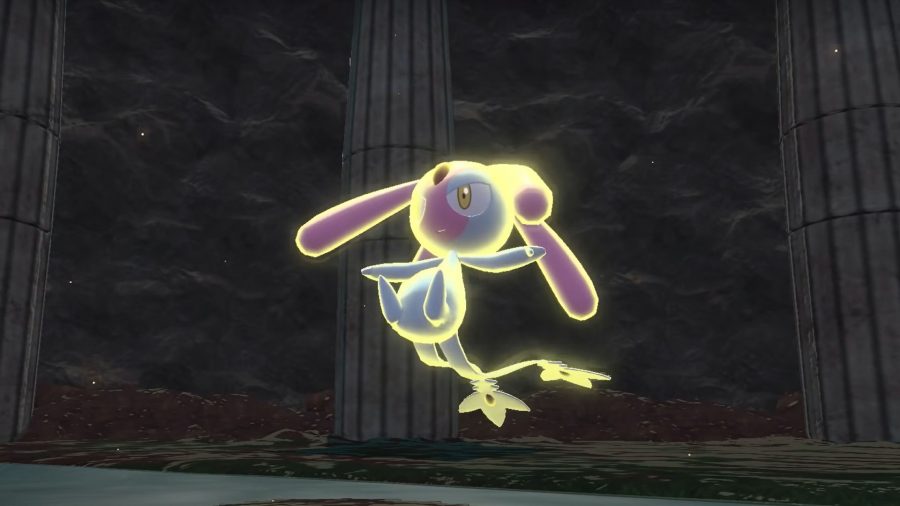 Like Uxie, you can catch Mesprit as part of the Plates of the Lakes mission after completing the main story. Once again, head to Lake Verity to battle Mesprit, then capture it at the end. 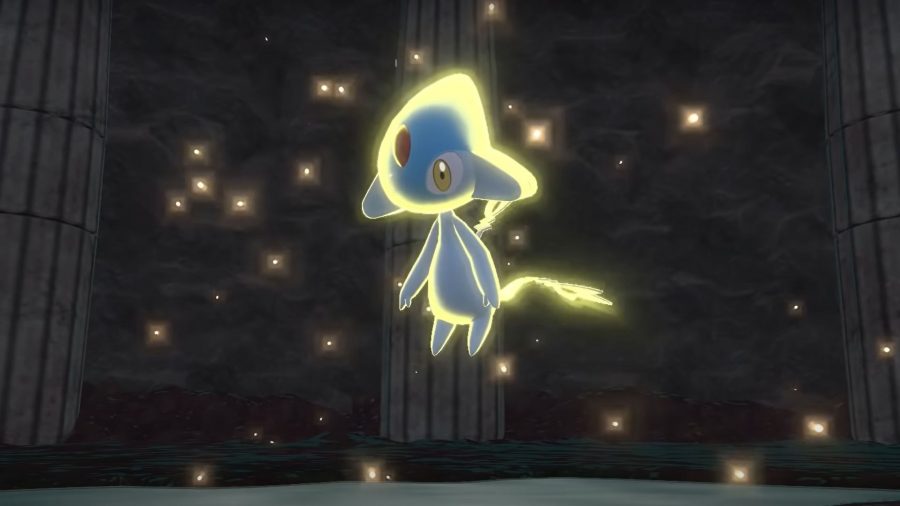 The last of the mon’s you can catch as part of the Plates of the Lakes mission, Azelf is at Lake Valor. Battle it, capture it, and there you go! 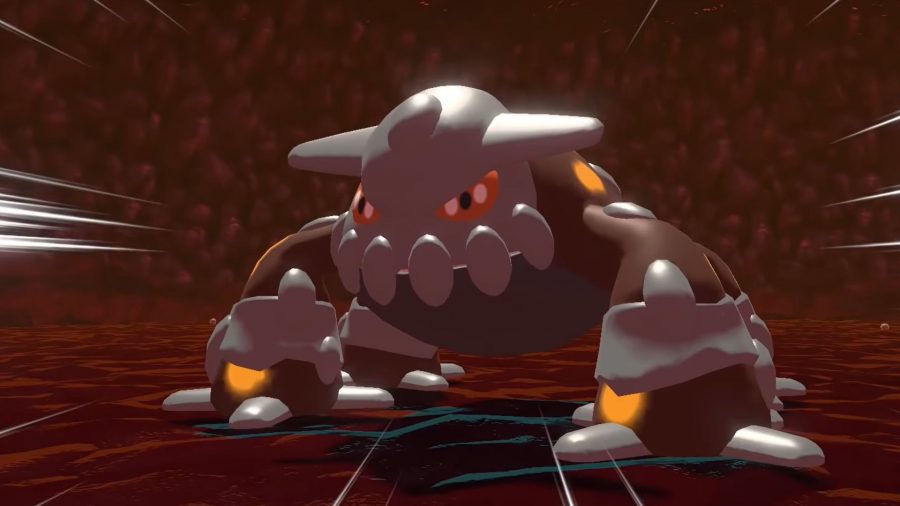 To get Heatran, you need to take on the Plate of the Firspit Island mission after completing the main story. Then, head to Firespit Island, and go to the volcano. Iscan and Palina ask you to check inside, where you find Heatran. It has a fire shield, which you can break by using the balls around it. As soon as the fire shield is gone, simply battle Heatran, and you can catch it once you’ve defeated it. 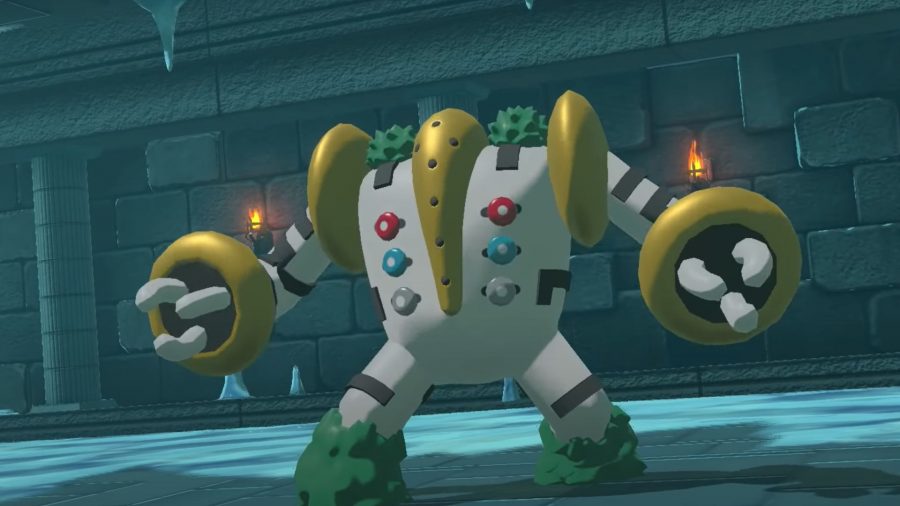 If you want to snag Regigigas, you need to do the Plate of the Snowpoint Temple mission after completing the main story. Then, head to Snowpoint Temple, and down to the basement, where you’ll see Adaman, who mentions the legends of the temple. You need to have the Iron Plate, the Icicle Plate, and the Stone Plate to open the door, then proceed to the basement to find and defeat Regigigas. 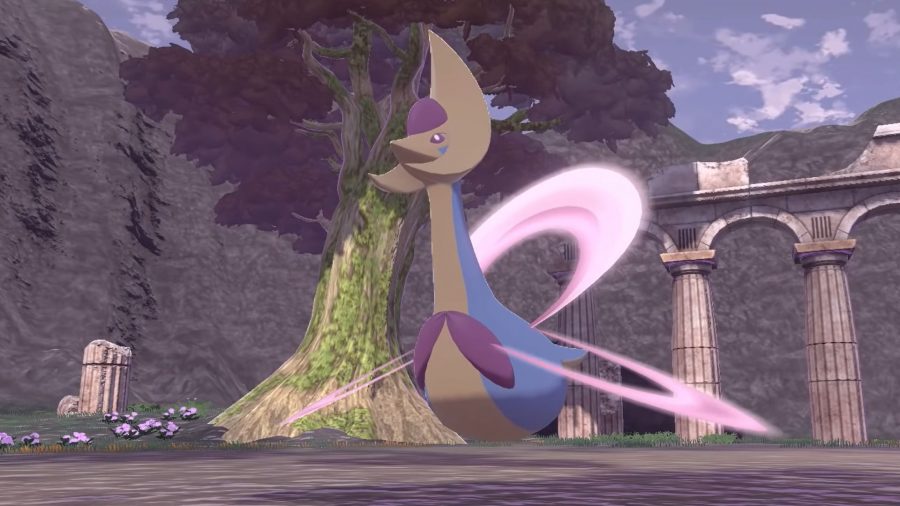 To get your very own Cresselia, you need to take on the Plate of the Moonbreak Arena mission after completing the main story. Head to Moonbreak Arena, where Melli asks for your help to shoo off a Pokémon that has displaced Electrode. Just head into the arena, and Cresselia is there, waiting for a battle. 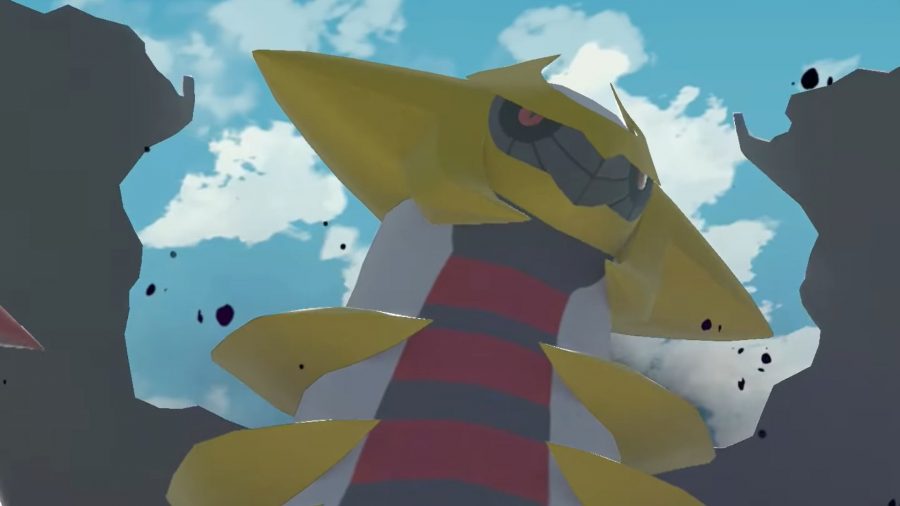 You can get Giratina as a part of the On the Trail of Giratina request. After defeating Volo at the Temple of Sinnoh, Professor Laventon tells you of a shadow enveloping the Cobalt Crosslands. Heading to the spring in the north-west leads you to Giratina in its origin form, in the middle of the cave. Catching it also gets you the Griseous Core so you can change its forms. 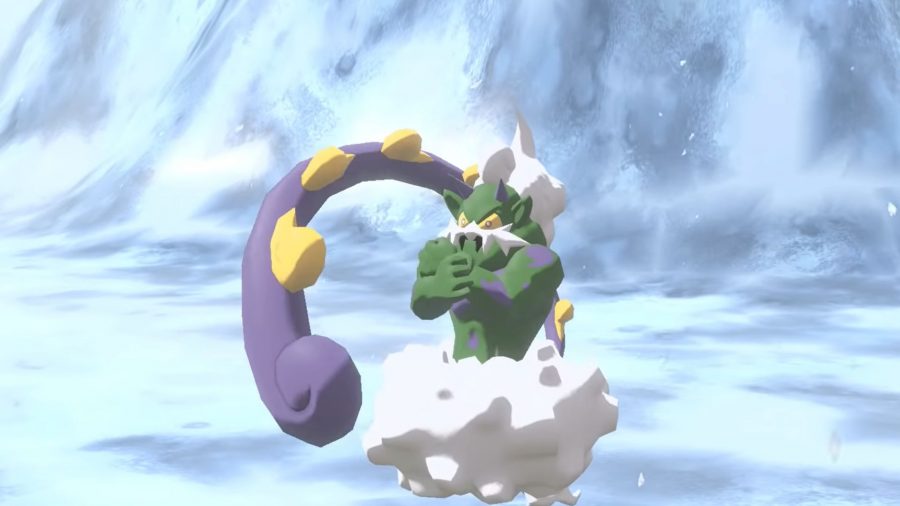 If you want to catch Tornadus, you need to take on the Incarnate Forces of Hisui request. During the request, you can find Tornadus around Bonechill Wastelands in Alabaster Icelands, but only in a snowstorm. Dodge its whirlwinds, and take down its barrier twice to weaken it enough to either attempt to catch it with a Pokéball, or start a battle to weaken it further. 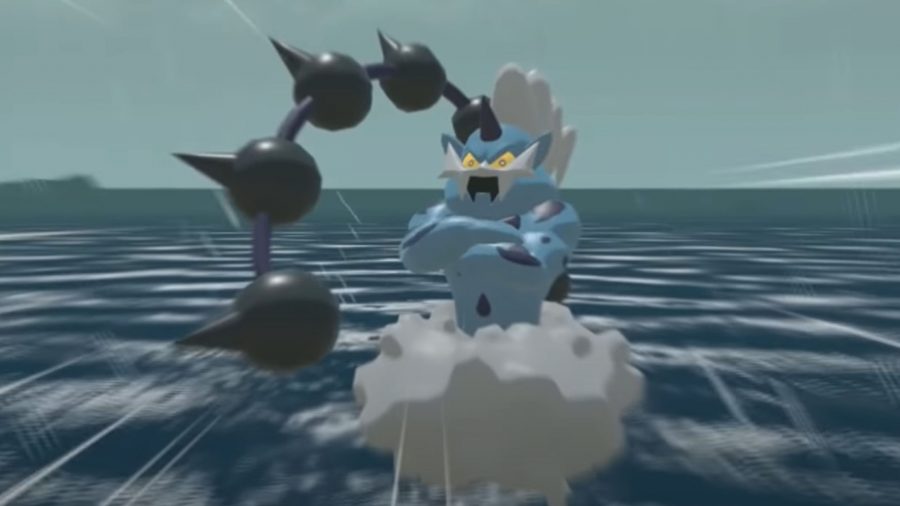 Another critter to be caught through the Incarnate Forces of Hisui request, during the request you can find Thundurus between Sand’s Reach and Lunker’s Lair in Cobalt Coastlands during a thunderstorm. Dodge its thunderstorm attacks while on Basculegion, throwing items at it as you go. You only need to knock its barrier out once to weaken it enough to either attempt to catch it with a Pokéball, or start a battle to weaken it further. 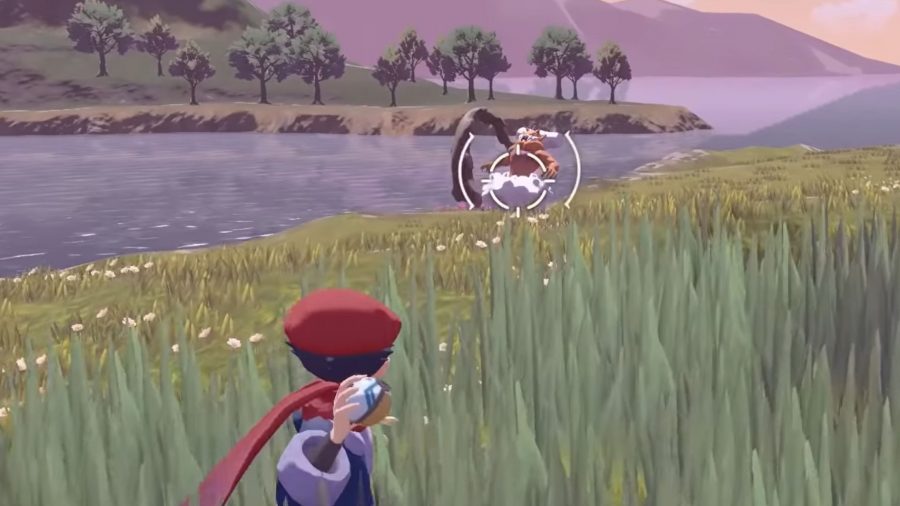 Like Thundurus and Tornadus, Landrous can be caught during the Incarnate Forces of Hisui request by heading to Ramanas Island in the Obsidian Fieldlands. Dodge its whirlwind attacks and throw items at it until its barrier drops, then either attempt to catch it with a Pokéball, or start a battle to weaken it further. 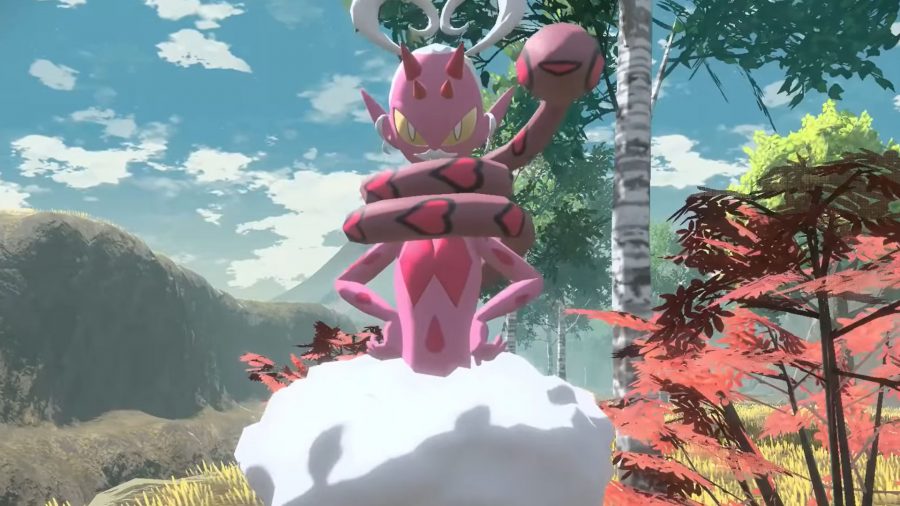 Enamorus is the last ‘mon you can catch through the Incarnate Forces of Hisui request, after you’ve completed your Pokédex entries for Tornadus, Thundurus, and Landorus. Return to Cogita, where she tells you that there’s a fourth Pokémon in their group. It’s not an angry critter, but you can catch it.

Head to Scarlet Bog in Crimson Mirelands to find Enamorus. When spotted, it throws out tornados that confuse you and invert your controls. However, taking down its barrier four times weakens it enough for you to either attempt to catch it with a Pokéball, or start a battle to weaken it further. 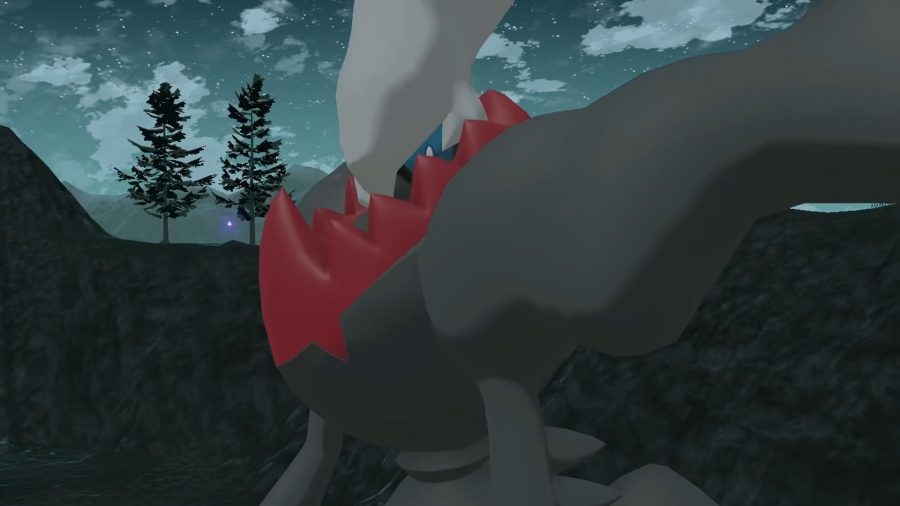 If you want to capture Darkrai, you need a save file for either Pokémon Brilliant Diamond or Shining Pearl on your Switch. To find out more, head over to our Pokémon Legends: Arceus mystery gift codes guide. 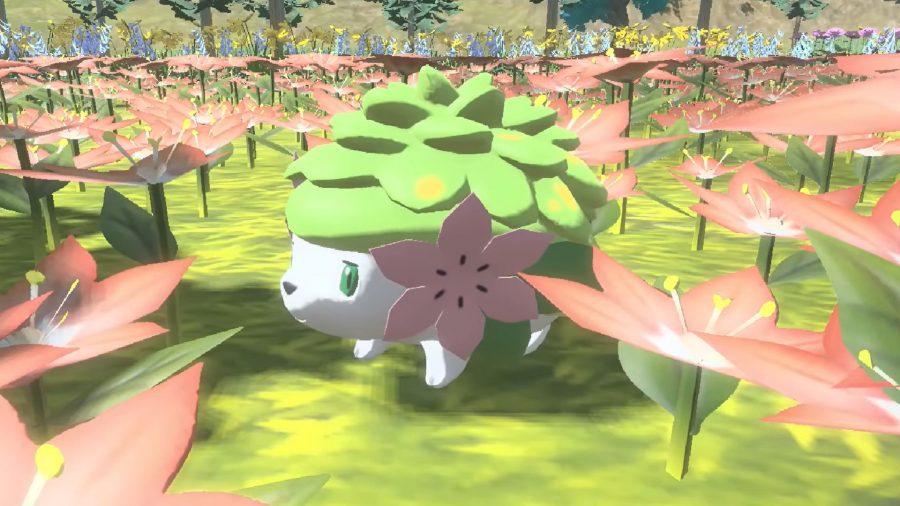 Like Darkrai, you can only get Shaymin if you have a save file from a previous Pokémon game on your Switch – specifically, Pokémon Sword or Shield. To find out more, head over to our Pokémon Legends: Arceus mystery gift codes guide. 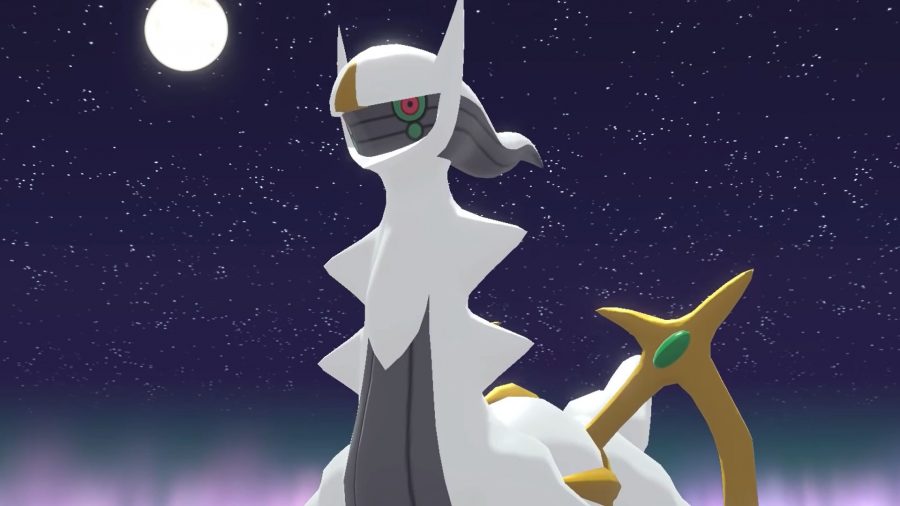 Yep, it’s the title-card critter! To get your very own Arceus, you need to complete the game. During the final mission, your Celestica Flute turns into an Azure Flute after defeating Volo at the Temple of Sinnoh, allowing you to summon Arceus. However, you need to have caught every other Pokémon in the region to continue.

After filling out your Pokédex with every cutie out there (except for Darkrai, Shaymin, and Arceus), return to the Temple of Sinnoh to challenge Arceus. This takes you up to the Hall of Origin, where you take part in a final frenzied battle.

Your Arc Phone gives you a Mysterious Balm, which you need to throw at Arceus to get to the battle. Arceus is a tough fight, with heaps of dodging to do, but after you defeat it, you get a piece of Arceus and its Legend Plate.

And that’s it for our Pokémon Legends: Arceus legendaries guide. For more adventures, both at home or on the go, check out our list of the best Switch adventure games to find something new to play.